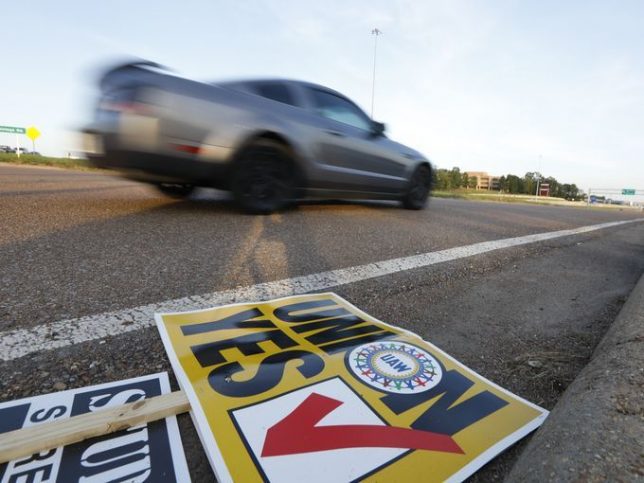 See Dr. Steven J. Allen’s op-ed on the UAW’s push to unionize in Mississippi featured in the Washington Examiner

In the battle for workers rights, score one more defeat for Big Labor.

On August 3-4, workers at the Nissan auto plant in Canton, Mississippi, strongly rejected the attempt by the United Auto Workers (UAW) to organize their factory. Despite spending millions and calling in help from Sen. Bernie Sanders, Democratic National Committee chair Tom Perez, and Marxist actor-activist Danny Glover, the UAW’s campaign fell on deaf ears. The election, overseen by the National Labor Relations Board, saw UAW defeated by a margin of nearly 2 to 1 (2,244 votes against unionization to 1,307 in favor).

Displaying its penchant for underhandedness, UAW chose to fight the results, claiming Nissan “denied [the UAW] equal access to the voter list” and employed voter intimidation tactics to influence the election. Nissan responded,

Filing unfair labor practice charges is a common tactic used by unions in an organizing campaign. The UAW is again launching baseless and unsubstantiated allegations against Nissan Canton in a desperate, last-minute attempt to undermine the integrity of the secret ballot voting process.

The loss is particularly galling to the long-suffering auto union as it comes on the heels of another major defeat in 2014 at the Volkswagen plant in Chattanooga, Tennessee, where workers voted down unionization 712-626. The Detroit-based UAW—once a powerful organization rallying 1.5 million members—has overseen the collapse of the Rust Belt auto industry and the closing of dozens of General Motors and Ford plants. Since 1980, UAW membership has plunged by 75 percent, forcing the union to raise dues on remaining members by some 25 percent in 2014. 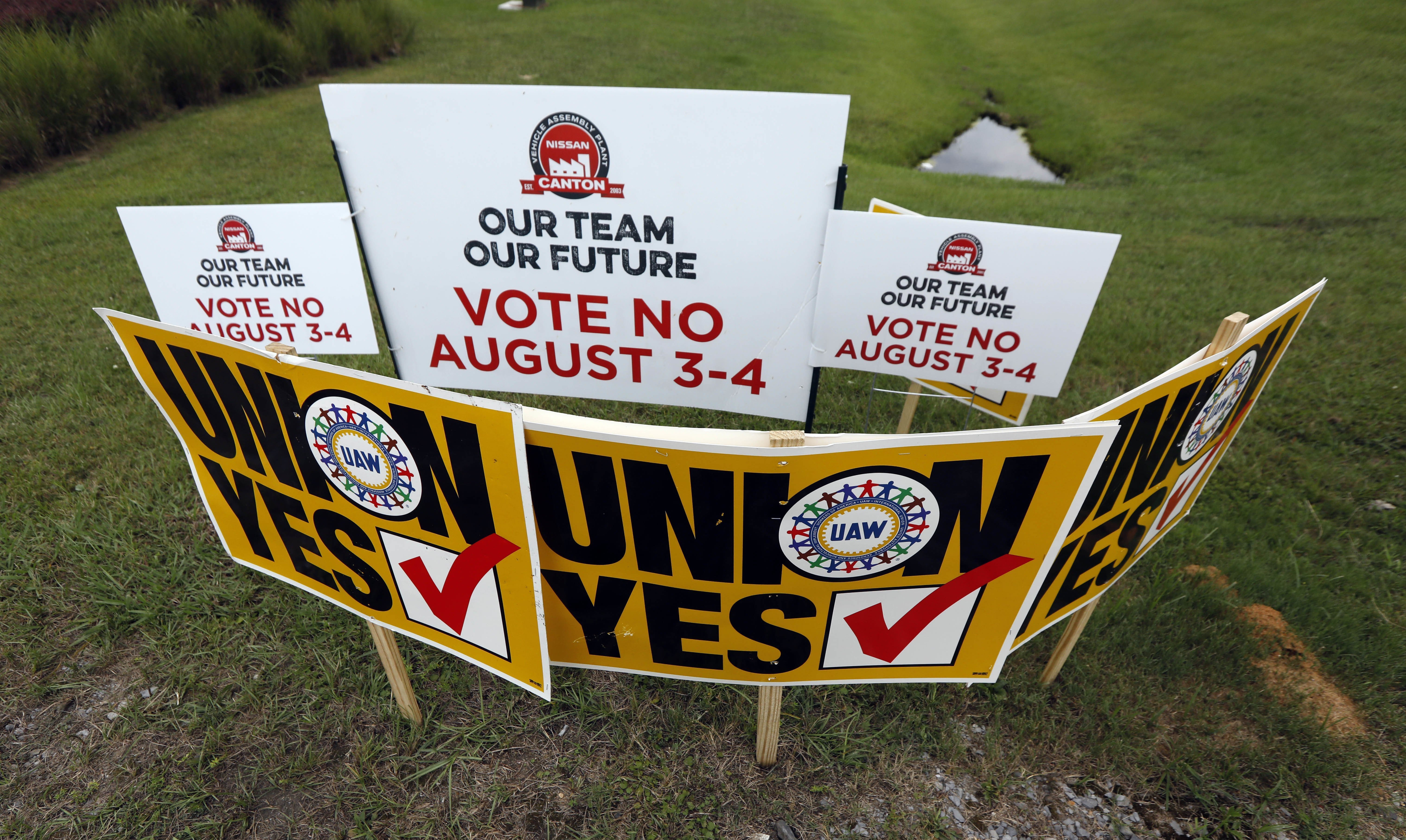 The UAW’s failure to organize the plant in Canton is an expensive setback in its flailing campaign to organize the growing auto industry in the South and border states, where Right-to-Work laws protect workers’ right to avoid joining or paying dues to labor unions. UAW leadership admits its future is bleak. In 2011, then-president Bob King said that if the union failed to organize transnational auto makers like Nissan, “I don’t think there’s a long-term future for the UAW, I really don’t.”

The UAW’s campaign attempted to paint Nissan as a corporate exploiter and implied the firm practiced racism against black workers (roughly 80 percent of workers at the plant are black). Race-baiting, however, failed to rally support in the face of economics. As the Wall Street Journal editorial board notes:

One of the UAW’s supporters told the New York Times last week that, before Nissan came to town, locals were stuck working in McDonald’s for $7 an hour, so “this is the best thing that ever happened to them.”

The plant’s initial hires are now earning about $26 an hour, while newer recruits can earn up to $24. That’s far more than the $16.70 average hourly production wage in central Mississippi. Nissan also offers retirement benefits comparable to other U.S. auto makers and up to 37 days a year of paid time off, including vacation and holidays. For the past two years workers have received a $4,000 annual bonus.

Workers in Canton weren’t fooled. They saw the demise of auto factories in Michigan, Ohio, Pennsylvania, Indiana, and California—and they chose to walk away from the UAW.

Read our latest report on the United Auto Workers in Labor Watch.

Watch CRC’s video short on how unions destroy democracy – and how most UAW members never voted to join the union: