The French are sold on the UAW; Mississippi auto workers maybe not so much 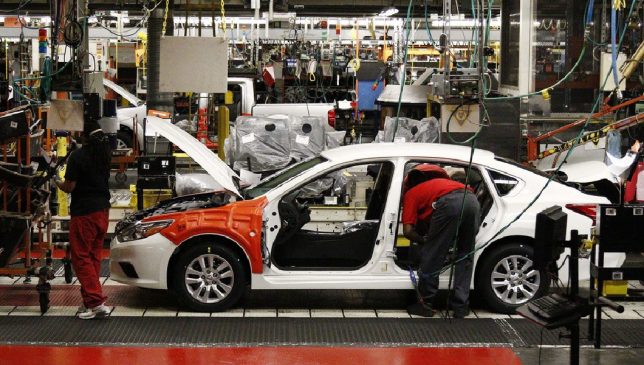 The United Auto Workers (UAW) helped turned Detroit—once America’s fifth-largest city and its richest per capita—into a bankrupt husk of its former self. Now the union has set its sights on Canton, Mississippi.

The UAW is known for putting the interests of its officials ahead of its members, as highlighted by recent revelations about the alleged collusion between a union vice president and a Fiat Chrysler executive in the theft of millions from worker-training funds. The UAW’s campaign to unionize the Nissan plant in Canton makes it clear that the union focuses more on politics and pressure groups than on wages and working conditions for auto workers.

Workers at the Nissan plant are set to vote on unionization over August 3rd and 4th. In this fight, UAW has garnered support from rich folks in San Francisco and Hollywood—including Marxist activist-actor Danny Glover—and from the Sierra Club, which used to be a conservation organization but now pushes left-wing political issues.

The UAW effort has gathered nearly 1,500 signatures in an online poll by the far-left website MoveOn.org, but only 10 signers are Mississippians.

To organize the Canton plant, UAW has sought help from groups in Germany, South Africa, Great Britain, Japan, and Spain. In France, a member of the National Assembly, egged on by the UAW, grilled the CEO of Nissan about Canton, making baseless allegations about racism and declaring that “every possible step is taken to prejudice the rights of workers in what is known as a historic cradle of the civil-rights movement in the United States of America.” In Brazil, union representatives attacked Nissan’s sponsorship of the Rio Olympics.

The UAW is desperate to reverse the long decline at unionized plants. General Motors, where UAW influence has been strongest, has had to close 13 of its 47 American factories, cutting 20,000 jobs. In 2009, Toyota shuttered its only unionized plant in California and cut 5,000 jobs at the only plant the company has ever had to close in 73 years. In 2010, Mitsubishi closed its Illinois plant. Ford closed 14 American plants in 2006, cutting another roughly 30,000 jobs. All of these plants were organized by UAW.

No wonder 109 locals across America have petitioned to leave (or decertify) UAW since 2007, and more workers are opting to avoid joining the union. That’s why auto worker jobs are moving to the South and “border” states, and why even union-friendly Michigan passed a Right-to-Work law protecting workers from being forced to join or pay dues to unions.

Since 1980, UAW has lost more than 75 percent of its membership. Former UAW president Bob King admitted, “If we don’t organize these transnationals [Nissan and other companies based outside the U.S.], I don’t think there is a long-term future for the UAW.”

Auto workers in Tennessee saw through a similar UAW scheme three years ago. UAW ran a $5 million, two-year campaign to unionize Chattanooga’s Volkswagen plant, but workers opted to keep their jobs and their paychecks by voting no, 712-626. UAW then called the election fraudulent and demanded Volkswagen ignore workers’ right to vote on unionizing. UAW is still fighting to force the Chattanooga workers to unionize against their wishes.

Faced with shrinking membership, 1,100 UAW delegates met in 2014 to raise dues by 25 percent. Grassroots members, numbering more than 390,000, didn’t get to vote on the massive increase in dues.

No boss is perfect, and no doubt Nissan workers in Canton have some complaints. But the current nonunionized relationship between workers and Nissan has helped Canton grow and prosper. Since 2003, Nissan has created over 25,000 jobs in Mississippi and added nearly $3 billion to the state’s economy. Canton families enjoy over 6,000 Nissan jobs with wages that are higher than the state average. Each year, Nissan pays $300 million in state and local taxes, and it has made $12.3 million in local charitable donations since operations began in 2003. And in the 14 years Nissan’s plant has operated in Canton, it hasn’t laid off a single technician.

All of that is under threat from a union that cares about the opinions of elites in Hollywood and Paris than about jobs for American workers.