Will the Supreme Court Hear Challenge to SEIU-Backed Gag Rule? 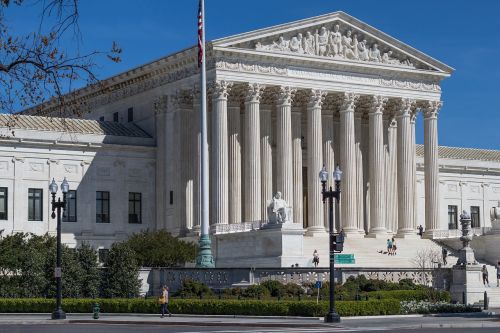 The Supreme Court decision in Janus v. AFSCME, which held that contract provisions requiring government employees to pay fees to labor unions as a condition of employment violated the First Amendment, put government worker unions in the states lacking right-to-work laws in a pickle. For the first time in decades, civil servants, teachers, firefighters, and police officers who had paid union dues by default could elect to not pay if they did not support how the unions were using their monopoly representation privileges.

But Big Labor had a brainwave: Most people, even union members, don’t closely follow the intricacies of Supreme Court labor-law decisions. So if unions could keep union members unaware of their rights to refrain from funding Big Labor, most would go along without even knowing that they were being wronged.

Enter the Freedom Foundation, a right-leaning state-level and labor-issues policy shop based in the Pacific Northwest. The Freedom Foundation’s flagship program is an effort to inform government employees of their rights under Janus (and its predecessor decision in the home health care field, Harris v. Quinn). Given that, the Service Employees International Union (SEIU) in Washington State couldn’t simply do nothing and continue forcing skeptical but uninformed workers to pay dues, because the Freedom Foundation was working to ensure they became informed.

Controlling the Flow of Information

So the SEIU pushed a deceptive ballot measure (known as I-1501), spending almost $1.9 million to enact a measure ostensibly targeting “identity theft” and protecting senior citizens but actually giving the SEIU a monopoly on the private information of state-paid, union-organizable home caregivers—information that had previously been a public record. The state’s mostly liberal newspapers saw through the scheme, with the Seattle Times calling it a “Trojan horse,” but the public did not, passing the measure overwhelmingly.

By its actions, it’s crystal clear the union had no interest in providing a meaningful service to its membership. All it wanted was to choke off access to their contact information and suppress the plaintiffs’ First Amendment rights to express their views and inform their colleagues of their rights.

And the ballot measure SEIU created to cover its tracks is unconstitutional because it denies the Freedom Foundation and the plaintiffs the same information the union has access to solely on the basis of political ideology.

The notoriously liberal Ninth Circuit Court of Appeals rejected the Freedom Foundation’s arguments by a divided vote. The Supreme Court is scheduled to consider whether to hear the case on Monday, September 27, 2021.