Why is the CDC Hiding Its Defensive Gun Use Statistics? 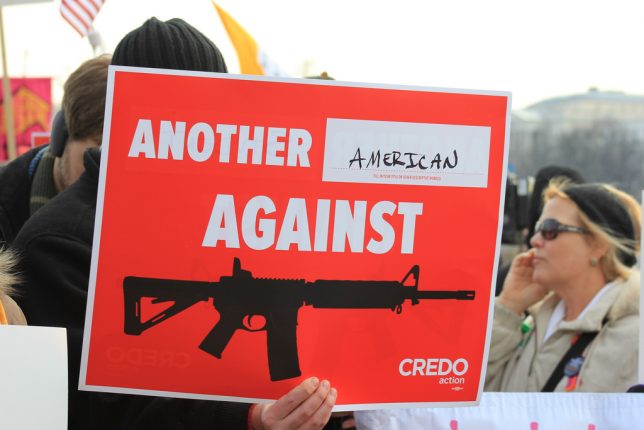 A lot of statistics have been thrown around in the national gun control debate. Here’s one you probably haven’t heard: in the 1990s, there were more than 2.2 million defensive gun uses each year in the United States.

That was the finding of a 1993 study (“Results from the National Self-Defense Survey,” updated in 1998) by Florida State University criminologists Gary Kleck and Marc Gertz. Their findings reveal another statistic that will shock everyone but gun owners: on average, 2.7 million adults legally carry a gun for protection—and less than one in a thousand of them are involved in gun-related crime.

Kleck and Gertz’s study was predictably lambasted by the gun control crowd, who falsely raked it over the academic coals for what they called its “huge overestimation bias” and for producing different results from the Justice Department’s National Crime Victimization surveys—apparently a thought crime.

That might have been the end of the story. But in 2015, two gun control advocates writing in POLITICO—Kevin DeFilippis and Devin Hughes—dug up criticism of the Kleck-Gertz study to frame it as a “tragic myth: that millions of gun owners successfully use their firearms to defend themselves and their families from criminals.”

But who are these “experts”? It turns out DeFilippis and Hughes are investment advisors who run an anti-gun blog—hardly qualified criminologists.

But according to Reason, new findings by the federal Centers for Disease Control (CDC) unearthed by Kleck in April show that the CDC quietly conducted its own surveys about defensive gun use in 1996, 1997, and 1998. The results are stunning.

“During the last 12 months,” respondents were asked, “have you confronted another person with a firearm, even if you did not fire it, to protect yourself, your property, or someone else?”

In each of the three surveys, the researchers—who carefully worded their questions to exclude occupations which involve regular gun use (e.g., police officers)—found evidence that using firearms in self-defense is more common than many would believe.

This is a devastating admission from the CDC considering that its former director, Dr. Mark Rosenberg, once opined in 1994: “We need to revolutionize the way we look at guns, like what we did with cigarettes. . . It used to be that smoking was a glamour symbol—cool, sexy, macho. Now it is dirty, deadly—and banned.”

So why are we only hearing about these results now, over 20 years after the surveys were conducted?

The CDC, which has an annual budget of $11 billion, was banned from using federal funds to “advocate or promote gun control” in 1996 by the so-called Dickey Amendment, which was created in response to gun controllers in the Clinton administration. (That ban was quietly lifted in the dreaded 2018 budget omnibus, though apparently no funding has been allocated to researching gun violence yet.)

But in the late 1990s the CDC could still research gun violence, which it did—and then decided not to publish its findings. As Kleck said, the “CDC never reported the results of those surveys, does not report on their website any estimates of [defensive gun use] frequency, and does not even acknowledge that they ever asked about the topic in any of their surveys.”

It’s as if the CDC read the Kleck-Gertz study, decided to challenge it, and to their chagrin discovered their studies reflected the same conclusion. One might even think the CDC was loathe to admit that gun owners aren’t the violent ne’er-do-wells many on the Left portray them to be.

To be fair, the CDC’s surveys covered a limited number of states (roughly 15), not the entire United States. Follow-up studies on the broader population may show different results. But while limited, the CDC’s findings confirm that Kleck’s own research wasn’t a one-off—and suggest that defensive gun use deserves to be more closely examined in the future.

It remains to be seen whether the CDC will finally release the study to the taxpayers who funded it, or if the mainstream media will acknowledge the findings. Don’t hold your breath—an April 13 article in NPR with the innocent title, “How often do people use guns in self-defense?” recalls the same, tired statistics from the National Crime Victimization surveys, which absurdly paint the lawful gun owner’s firearms as more dangerous to the public health than those of an armed criminal.

Regardless, gun owners already know best: expect the opposition to “stick to their guns”—and keep your powder dry.