Why Does the Advocacy Fund Hide Its Tides Funding? 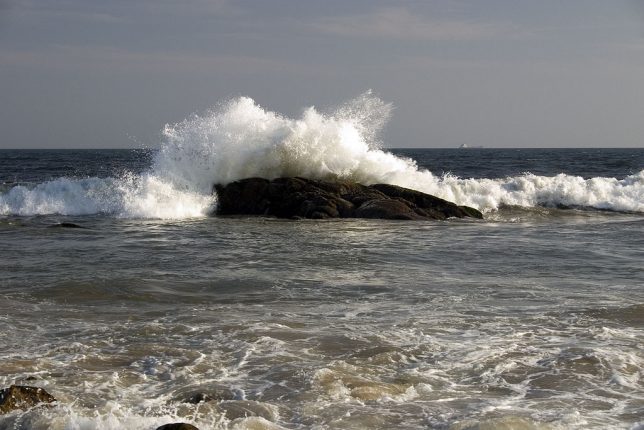 The Tides Foundation is an undeniable heavyweight in so-called “dark money”—an expert in giving away donors’ money to causes without revealing the source of its grants. It’s also the philanthropoid Left’s best-kept secret.

Tides was founded in the mid-1970s by San Francisco antiwar activist Drummond Pike, who also founded a number of social justice-tinged organizations across the Bay Area. Since its inception, Tides has moved billions of dollars through its various finely-tuned charity machines known as “donor-advised funds,” or DAFs. DAFs operate like a savings account for donors; donors deposit funds, then choose the leftist groups the Tides Foundations supports with those funds. (There are similar giving vehicles, like Vanguard Charitable or Fidelity Charitable, that do not have any ideological leanings, and others, like DonorsTrust, that are commonly used by right-of-center funders.)

One of Tides’ more successful ventures is the Advocacy Fund (formerly the Tides Advocacy Fund). Unlike its 501(c)(3) cousin, the Advocacy Fund is classified by the IRS as a 501(c)(4) social welfare organization, freeing it to lobby for “high impact legislative and political campaigns,” according to its website. And it’s very successful—as of 2015, federal filings reveal $10.2 million in functional expenses and $9.6 in annual revenues, with grants going to organizations such as the Sierra Club and the League of Conservation Voters.

But while the Advocacy Fund admits its history as a Tides Foundation project (it became independent in the early 2000s), it claims that “Tides does not subsidize The Advocacy Fund in any way.”

There are tight restrictions on how 501(c)(3) nonprofits may fund 501(c)(4) groups. Many of these Tides grants to the Advocacy Fund are careful to denote their intended educational use, such as a $324,000 grant in 2013 for “non-lobbying charitable and educational activities of central campaign operations.”

The Alliance for Citizenship is a broad coalition of national, regional, and local organizations founded in early 2013 to catalyze and support the movement for fair and humane immigration reform, including a path to citizenship. A4C is led by a Working Group of seven partner organizations: AFL-CIO, America’s Voice, Center for American Progress, Center for Community Change/Fair Immigration Reform Movement, National Council of La Raza, National Immigration Law Center, and the Service Employees International Union/Mi Familia Vota. [original emphasis]

Alliance for Citizenship even endorsed H.R. 1236, the PROTECT Immigration Act, in April 2017.

In all fairness, the Advocacy Fund’s self-published financial statements admit the organization “has relationships with Tides Center, Tides Foundation, Tides Network, and Tides, Inc.”—all related entities. And it admits to sharing “certain administrative expenses with the Affiliates, including use of the Affiliates’ employees, facilities, and a portion of overhead costs of the Affiliates” adding up to roughly $4 million in payments to said affiliates in 2014 alone.

But money is uniquely fungible, and dollars that go towards administrative support of blatantly political efforts (like the Alliance for Citizenship) deserve extra scrutiny from donors and the IRS alike—particularly when they come from a notoriously ideological pass-through like the Tides Foundation.