Who’s Paying (to) “March for Our Lives?” 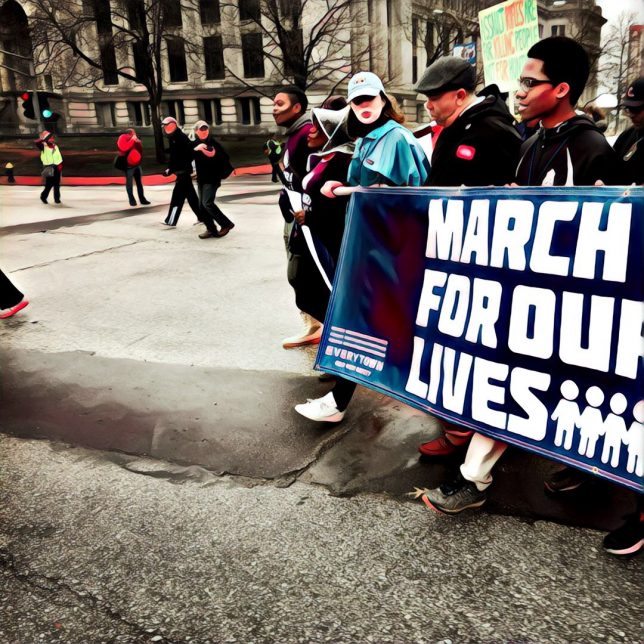 Nevertheless, despite the proliferation of firearms at the anti-firearm rally, to this writer’s knowledge no one fell victim to gun violence.

The March for Our Lives rally was initially prompted by students from Marjory Stoneman Douglas High School in Parkland, Florida, which tragically fell prey to a mass shooting in February perpetrated by a homicidal 19-year-old delinquent.

To casual observers, March for Our Lives evolved from Twitter hashtag into an IRS-registered organization practically overnight. The New York Post called it a “grassroots movement.” Slate called the rally “stunningly original,” and swore that “The March for Our Lives Could Not Possibly Have Been Scripted.”

A little digging, however, reveals just how shallow the group’s AstroTurf roots are.

Besides coordinating the D.C. rally in conjunction with Michael Bloomberg’s anti-gun group, Everytown for Gun Safety, as of this month, March for Our Lives now sports a 501(c)(4) lobbying nonprofit of its own—the March for Our Lives Action Fund. Filings with the D.C. Department of Consumer & Regulatory Affairs shows registration in Delaware, with an Encino, California, business address shared by Wishnow Ross Warsavsky & Company, an accountancy. Those filings also reveal the group’s treasurer: Jeri Rhodes, former Greenpeace CFO and currently an associate executive secretary at the Friends Committee on National Legislation (a left-of-center Quaker group).

Filings obtained by the Huffington Post reveal more of the organization’s board. Listed as directors are Aileen Adams, a former deputy mayor for Los Angeles mayor Antonio Villaraigosa; George Kieffer, chair of the University of California system board of regents; Melissa Scholz, a nonprofit lawyer who was involved with a redistricting group called Play Fair Wisconsin (itself a project of the left-leaning High Ground Institute); Nina Vinik, program director for the Joyce Foundation (whose board formerly included Barack Obama) and former legal director of the Law Center to Prevent Gun Violence; board secretary Vernetta Walker, a lawyer and Planned Parenthood board member formerly employed by the National Council of La Raza and Alliance for Justice; and board president Deena Katz, executive director of the Los Angeles Women’s March Foundation.

March for Our Lives’ board is well-connected, if eclectic; but it paints a broader picture of the group as yet another cog in the machine of the professional Left. The group’s finances reveal just how intricate its web of influence is.

To date, online crowdfunding for March for Our Lives has raised roughly $3.5 million, and fundraising through the liberal donation platform Action Network has raised an additional undisclosed amount. (Action Network provides a similar service to many other prominent left-wing nonprofits and labor unions, including the AFL-CIO, New Economy Coalition, and Leonardo DiCaprio Foundation.)

March for Our Lives even sells trendy clothing and paraphernalia—hats, hoodies, T-shirts, tote bags, mugs, and infant onesies—through an online store, the proceeds of which benefit the organization. 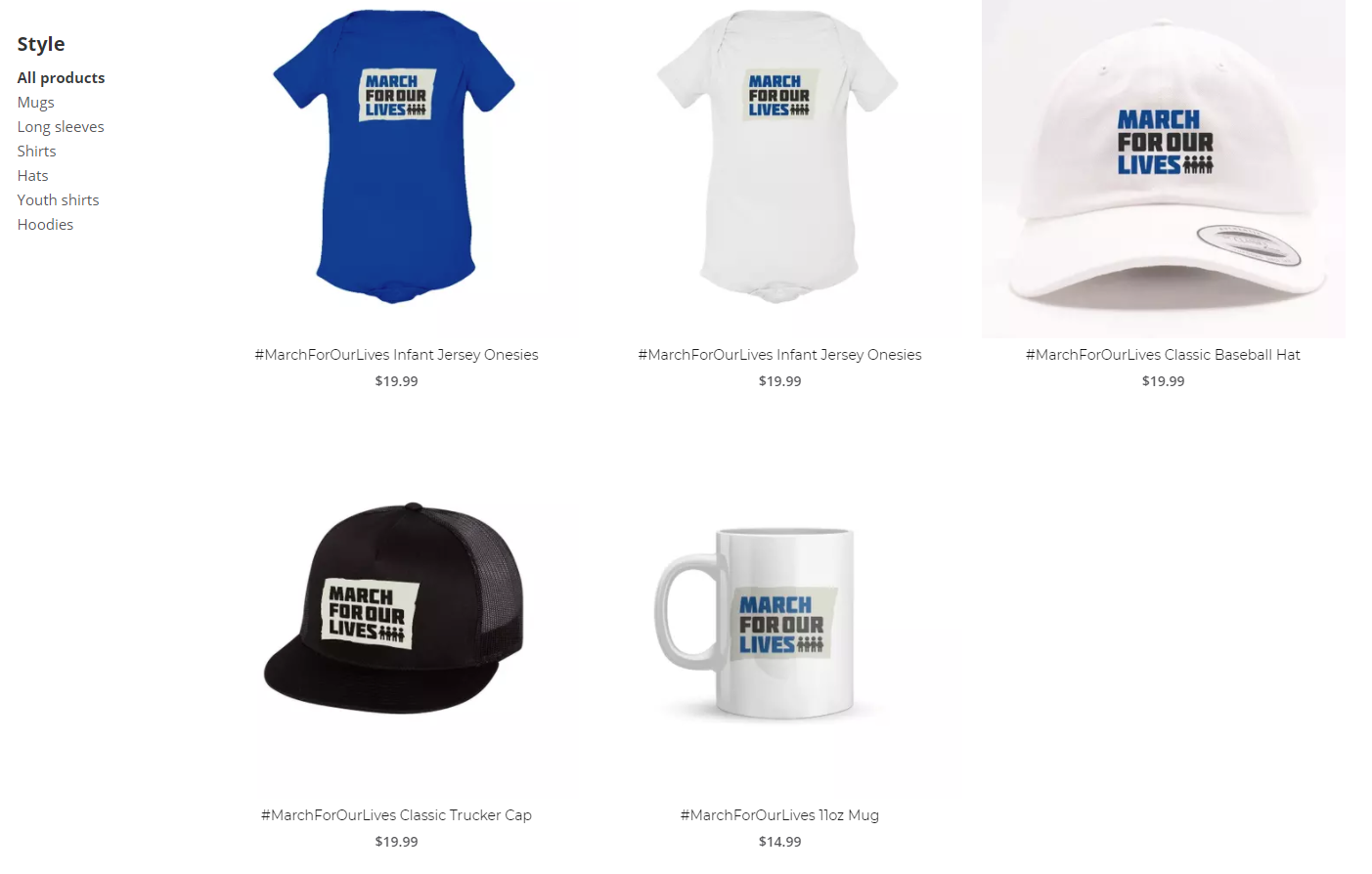 Considering its millions of dollars in donations from the usual slew of liberal funders, it’s hard to see March for Our Lives as anything more than just another gun control group bought and paid for by the professional Left. After all, the same activists who were quick to use victimized high school students like David Hogg to push gun control legislation “snubbed” conservative survivors of the same attack.

Two such students—Kyle Kashuv and Hunter Pollack, whose younger sister Meadow was shot nine times while shielding her classmate from bullets—say they were denied a chance to speak at the March for Our Lives in D.C. “It paints a bad light on our entire generation,” the 16-year-old Kashuv said. “Guns aren’t the issue. It’s everything surrounding acquiring a weapon…. Where was the call for no more failures by law enforcement?”

Outside of right-leaning outlets like National Review and the Daily Caller, though, their words went largely unreported as the supposedly mainstream media fixed most coverage on the gun controllers. One of the student organizers of March for Our Lives said, “We don’t want to let any adults take over because we’re kids that created this whole thing, and we don’t want to let adults change that.”

It’s a touching, albeit naïve, sentiment soon dispelled by the presence of professional left-wing activists like Jeri Rhodes, who regularly seize upon tragedy for political ends.

“The students told us all what they wanted,” she innocently said, “and people stepped forward.”