In charity and corporate governance, there can be mixed motives, proper or improper purposes, and influenced independence. All should be subject to scrutiny and may be cause for concern. 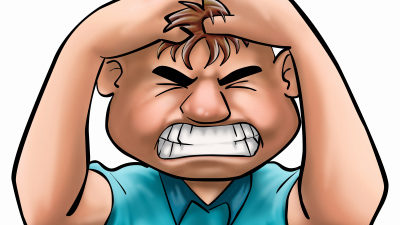 Corporate foundations can make grants to nonprofit charitable organizations like any other private foundation, of course. That’s good; charities, and their causes, benefit. The charitable function is being properly fulfilled.

Corporations themselves are overseen by boards of directors, of course. “Independent” members of corporate boards of directors are expected by stock-exchange rules to exercise, well, truly independent judgment and monitoring of executive performance. That, too, is good. The corporate-governance purpose is being well met.

It turns out that when corporate foundations grant support to nonprofit groups affiliated with or favored by the corporation’s independent directors, however, that supposedly independent judgment and monitoring may be compromised.

Cai’s, Xu’s, and Yang’s research “indicates that affiliated donations target independent directors rather than particular charitable causes,” as they report in “Paying by Donating: Corporate Donations Affiliated with Independent Directors.”

Corporations, the boards overseeing them, and the CEOs running them are all engaged in a human enterprise. People, and groups of them, have to deal with each other. There’s give and take. There might even be what some might consider, well, politics. As part this, as with any human endeavor, it would be quite natural for people to have mixed motives for their behavior in general, and perhaps specific actions they take—including grants they make. CEOs are almost always in a position to make or influence corporate-foundation grants.

One can conceive of a CEO, for example, thinking that the corporate grants he or she makes or influences serve an acceptably dual purpose. There would be the admirably charitable one. Then there could be an additional one of helping the CEO be better seen by the director who’s supposed to independently judge the CEO, maybe including his or her compensation.

Hypothetically, perhaps the CEO and the independent corporate director could briefly talk about this over (more) drinks following the annual gala of, say, the supported nonprofit central-city charter school or chamber orchestra. It would be a little awkward to do it right at the table of honor while seated next to the fellow locally prominent nonprofit-board member, after all. He couldn’t raise as much money this year and thus isn’t listed on the same page in the glossy program. Probably won’t be on the dais next year.

One can certainly, if cynically, conceive of an independent corporate director—being human—very much appreciating the corporate contribution to the school or orchestra with which he or she is affiliated. The student chorus at the gala was really quite inspiring, after all, or the conductor’s eloquent post-performance tribute to his mentor was moving. Both the director and the CEO teared up a little, much more so than during the supported Senate candidate’s touching concession speech last month. Glad to just be a part of all this.

Motives can be mixed—if not outright singular, by the way—and independence can be influenced. The charitable and corporate-governance functions can be frustrated. All well-rationalized, by humans just trying to do good under often-difficult circumstances.

In their paper, Cai, Xu, and Yang “suggest that regulators should mandate disclosure of affiliated donations in SEC filings (e.g., in firms’ proxy statements) that are easily accessible to investors. Such disclosure would help inform shareholders of independent directors’ potential conflicts of interest, leading to a more accurate definition of director independence.”

As business professors at Santa Clara University, Virginia Tech, and Indiana University, respectively, Cai, Xu, and Yang are understandably concerned about the frustrated corporate-governance function in this context. The purposes of the charitable sector and those laws and policies structuring it, if and when improperly frustrated should be subject to similar skeptical scrutiny and be of wider concern, as well. In this or other relevant contexts, of which there may be many.

(Hat tip to National Affairs’ great daily “Findings” page by Kevin Lewis, who included the “Paying by Donating” paper in a recentcompilation.)

This article first appeared in the Giving Review on July 20, 2020.