What to Make of Black Lives Matter’s Dysfunction 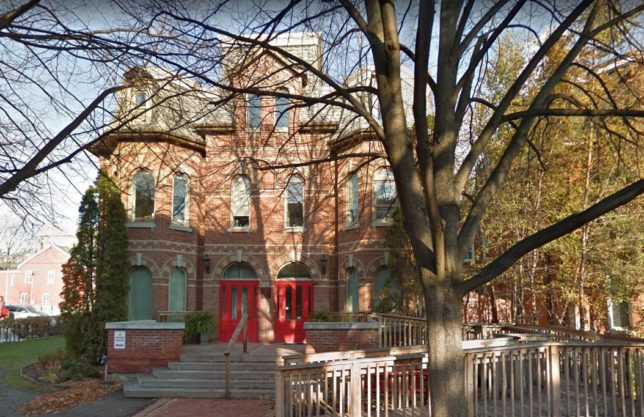 Black Lives Matter Canada is planning on opening the Wildseed Centre for Art and Activism in early 2022. This former headquarters of the Communist Party of Canada was purchased for $6.3 million, financed in "bulk" with money from the Black Lives Matter Global Network Foundation. Credit: Google Maps, November 2016.
by Robert Stilson

Recent reporting, primarily by Andrew Kerr at the Washington Examiner, has revealed what are evidently significant operational and compliance issues at the Black Lives Matter Global Network Foundation (BLMGNF). It’s a continuation of what has become a case study on pitfalls that can accompany two of this country’s greatest civic assets: the instinctive altruism of the American people and their strong sense of justice.

The Black Lives Matter Global Network Foundation—the primary organizational manifestation of the broader Black Lives Matter movement—has never been a model of clarity or transparency. Adding to this are revelations from the past few weeks, which the media has extensively covered.

First, ever since co-founder Patrisse Cullors stepped down as executive director in May 2021, it has been unclear who leads the organization. At the time, two senior executives were announced to replace Cullors, but neither actually ended up serving in the role. Other apparent board members (as listed on the group’s filings) have thus far declined to publicly acknowledge any leadership role.

Just as significant, particularly for a group that claimed to have $60 million in assets to begin 2021, is the fact that BLMGNF apparently failed to comply with routine annual nonprofit filing requirements in a number of states. For example, letters to the group from state governments of California and Washington have prohibited BLMGNF from continued fundraising in those states until the compliance deficiencies were corrected.

All of this led BLMGNF to remove the “Donate” feature on its website in early February. The major liberal online fundraising platform ActBlue Charities also deactivated webpages through which donations could be made to the group.

An unidentified spokesperson told the Washington Examiner that BLMGNF had “engaged compliance counsel to address any issues related to state fundraising compliance.” Indeed, it appears to be in the process of filing belated state registrations, though those filings do not provide meaningful clarity as to the group’s present leadership situation.

Considering its vast endowment and national prominence as the de facto standard bearer of the sociopolitically influential Black Lives Matter movement, the fact that BLMGNF ever found itself in this position to begin with is rather remarkable. Indiana Attorney General Todd Rokita (R) was blunt in his assessment: “it appears that the house of cards may be falling.” Laurie Styron, executive director of CharityWatch, called it “the worst transparency issue I have seen in my 18 years as a charity watchdog.”

BLMGNF was the principal beneficiary of a financial windfall in 2020, as countless Americans gave to Black Lives Matter in the aftermath of a series of high-profile and controversial killings, most notably the murder of George Floyd on May 25. The group took in just over $90 million that year, with the average donation on its main fundraising platform coming in at just $30.64. That is a lot of money, from a lot of people.

Despite having been a standalone tax-exempt 501(c)(3) charity for more than a year, as of February 2022 there is no publicly apparent executive director responsible for stewarding BLMGNF’s tens of millions in donated funds. There are also no official nonprofit filings available for the public to verify how those funds have been spent. The group apparently shifted its fiscal year for IRS Form 990 filing purposes to July through June. This means that its filings covering the second half of 2020—the period during which it became an independent tax-exempt nonprofit—are not due to the IRS until May 2022.

The only top-line numbers available come from a 2020 Impact Report released in early 2021. That report did reveal a few notable (if incomplete) data points. BLMGNF incurred $8.4 million worth of operating expenses in 2020, including close to $2 million spent on get-out-the-vote efforts during that year’s general election.

It also paid out approximately $21.7 million in grants in 2020, with unspecified totals going to 11 local Black Lives Matter chapters (not all of which were “official” chapters). Additional “six figure” grants were made to 30 non–Black Lives Matter groups, 23 of which were “led by Black LGBTQIA folks and/or directly serve these communities.” This reflected the foundation’s emphasis on sexual orientation and gender identity considerations in its “first cohort of official BLMGNF grantees.”

Separately, in early 2021, the organization allocated $3 million to a COVID relief “Survival Fund” in order to provide $1,000 grants to applicants who identified as black, giving special consideration to transgender, single parent or guardian, and formerly incarcerated individuals.

Additional major spending was recently reported in the Washington Examiner. In July 2021, BLMGNF financed the “bulk” of an C$8.1 million (about $6.3 million in U.S. dollars) purchase of a 10,000 square foot mansion in Toronto that had once served as the headquarters of the Communist Party of Canada. The building is meant to serve as “a transfeminist, queer affirming space politically aligned with supporting Black liberation work across Canada.” It also houses the Black Lives Matter Canada chapter, whose co-founder Janaya Khan is married to Cullors.

It is certainly difficult to square much of this spending with a reasonable conception of the collective donor intent of BLMGNF’s many ordinary benefactors. The notion that small-time American donors who gave to Black Lives Matter in the immediate aftermath of George Floyd’s murder did so anticipating the group would heavily prioritize rather niche (and facially unrelated) sexual orientation and gender identity considerations in its activities and grantmaking deserves serious skepticism. The same is true for the significant sums spent on voter turnout and the purchase of a multi-million-dollar mansion in a foreign country.

Styron described BLMGNF as “like a giant ghost ship full of treasure drifting in the night with no captain, no discernible crew, and no clear direction.” Indeed, 20 months later, how might someone who chipped in $30.64 during the summer of 2020 respond to the two questions CRC posed to donors at that time: (1) Who is receiving the gift? (2) What does the recipient believe in or advocate for?

It is worth examining some implications for donors that can be drawn from the Black Lives Matter story, which are in turn related to the three most common criticisms often leveled against BLMGNF specifically.

The first has been discussed above. The organization has consistently suffered from operational and transparency issues that date back to its time as a fiscally sponsored project. It has little-to-no track record of operating openly and effectively as an independent nonprofit.

The second is that it generally espouses a radical-left ideology that is far removed from that of mainstream America. This has been extensively covered by CRC and many others. BLMGNF was co-founded by self-described “trained Marxists,” boasted of its intention to “disrupt the Western-prescribed nuclear family structure requirement,” demands the defunding of police, and generally promotes the false and tremendously harmful narrative that the United States, its institutions, and economic system are irredeemably racist.

The third is that it does not actually help local communities that need support. CRC is exploring this in the Black Lives Matter Aftermath series. The first video features interviews with Minneapolis residents. Locals say rioters wrought destruction in the name of Black Lives Matter, but no funding or other resources ever arrived from the group to help address some of the neighborhood’s most pressing needs.

Contrast that with the work of community faith-based activists like those involved with the 21 Days of Peace initiative, whose on-the-ground violence prevention efforts were recognized last year by the then-chief of the Minneapolis Police Department. Or with the local nonprofit We Push for Peace, one of several groups hired by the city to help prevent tense situations from escalating to violence and to bridge the gap between the community and law enforcement. Numerous similar groups exist in Minneapolis and everywhere else.

The trifecta for prospective donors (whether of money or time) is to seek out transparently effective, apolitical, locally focused initiatives and charities. BLMGNF is none of these things. To be sure, such prudence can require effort beyond simply a quick-click contribution on the Black Lives Matter website. However, if making a genuinely positive difference in the lives of others is the objective, that bit of extra digging is well worth it.