The outpouring of support for Black Lives Matter (BLM) precipitated by the killing of George Floyd and the subsequent protests, riots, and calls for policy reform pose an important question: What lessons can donors learn from these events?

In some ways Black Lives Matter represents a perfect storm of donor confusion. It is a nebulous and somewhat subjective movement that suddenly found itself riding an emotional wave of national outrage at Floyd’s horrific death. It became the amorphous embodiment of the earnest desire of millions of Americans to do something about that injustice and others.

Prospective donors to any organization should always understand two things:

The flood of contributions to the myriad organizational manifestations of Black Lives Matter highlights the need for all donors—from the individual to the multinational corporation—to take a step back and perform due diligence before giving.

Know Who Is Receiving the Gift

Donors should always understand which organizations they are giving to—and through what intermediaries. Black Lives Matter demonstrates how this can be more confusing that it sounds.

As explained here, the term “Black Lives Matter” can refer to everything from an individual’s personal beliefs to a decentralized protest movement to a broad swath of charitable nonprofits to a loosely connected set of groups that operate under that name or closely related variants. A prospective donor must first navigate these multiple meanings.

Donor mix-ups between the unaffiliated BLM Global Network Foundation and Black Lives Matter Foundation, for example, were substantial. As the Capital Research Center has reported, this confusion extended even to the BLM Global Network Foundation’s own fiscal sponsor, Thousand Currents, which reported over $90,000 in grants to the Black Lives Matter Foundation in its 2017 and 2018 IRS tax filings. Thousand Currents later admitted to BuzzFeed News that its filings in both years were erroneous.

Further complicating matters is the fact that even a donation made directly on BlackLivesMatter.com must first pass through two nonprofit intermediaries before reaching the BLM Global Network Foundation. The first is ActBlue Charities, which hosts the URL for the “Donate” page on BlackLivesMatter.com. ActBlue Charities functions as a fundraising pass-through for many left-leaning 501(c)(3) charities, collecting and distributing funds to their intended recipients for a 3.95 percent processing fee. ActBlue Charities reports these donations as one bulk sum in its yearly tax filings, effectively concealing the individual recipients.

From ActBlue Charities the donation is then routed to BLM Global Network Foundation’s fiscal sponsor. Until recently this was a 501(c)(3) nonprofit called Thousand Currents, but as CRC’s Hayden Ludwig first reported, as of July 2020 the fiscal sponsor is now the Tides Center, another 501(c)(3). As a project of its sponsor, BLM Global Network Foundation receives administrative support and can accept tax-deductible donations.

Finally, the fiscal sponsor disburses the funds earmarked for the BLM Global Network Foundation. In past years, this money has principally been used for travel, consulting, and personnel costs, which accounted for approximately 83.3 percent of total spending from 2017 to 2019, according to calculations by Andrew Kerr of The Daily Caller. In June 2020, as a result of recent donations, the BLM Global Network Foundation announced a $6.5 million organizing fund available to all of its officially affiliated local chapters.

Know What the Recipient Promotes

Donors should also understand the beliefs and ideologies of the organizations to which they contribute to ensure that those beliefs match their own. This can be particularly difficult with Black Lives Matter, since that term is commonly applied to a range of groups with widely varying missions.

Take the various corporate donations reported as contributions to the Black Lives Matter movement. Some of the listed recipients are longstanding and respected charities: The Coca-Cola Company announced a donation to 100 Black Men of America, a decades-old mentoring and education nonprofit network. Nike referenced its $40 million Black Lives Matter commitment by highlighting its work with several groups including the Jackie Robinson Foundation—another successful nonprofit focused on achievement in higher education.

But other pledges made under that same Black Lives Matter umbrella have gone to groups with more controversial agendas, including many that actually have “black lives” in their names. Absent close inspection, their radical nature can be easily overlooked, a point recently made by the Heritage Foundation’s Mike Gonzalez and Andrew Olivastro and that warrants emphasis.

The BLM Global Network Foundation, for example, was co-founded by self-described “trained Marxists,” seeks to “disrupt the Western-prescribed nuclear family structure requirement” and until recently was fiscally sponsored by a nonprofit with a former domestic terrorist on its board of directors, as CRC reported.

Its local chapters have been described by Brad Polumbo of the Foundation for Economic Education as “essentially far-left front groups that use racial justice as a Trojan horse for leftist policy and ideology.” One chapter, Black Lives Matter DC, advocates for “Black Liberation through the abolition of systems and institutions of white supremacy, capitalism, patriarchy and colonialism.” At least a portion of donations to the BLM Global Network Foundation are made directly available to these radical chapters.

Numerous corporations have pledged or donated money to the BLM Global Network Foundation, as have over a million individuals by mid-June 2020. Do most of these benefactors really oppose the nuclear family and endorse Marxist organizing, or did they simply donate to an organization that uses a sentiment that they support in its name?

Another major coalition is the Movement for Black Lives, which is avowedly “anti-capitalist,” believes in a “realignment of global power,” and supports abolishing police and prisons. Its five-year plan seeks to “establish self-determined Black communities where Black people are in governing power” and engage “in local races that position us to govern; targeting congressional races to shift the balance of power federally . . . [and] identifying, recruiting, and training candidates.” It’s unclear how it could legally accomplish this as a fiscally sponsored project of the Alliance for Global Justice, a 501(c)(3) that is strictly prohibited from election interference.

The Movement for Black Lives was recently identified as a “top pick” for donors interested in criminal justice reform by Open Philanthropy program officer Chloe Cockburn. Open Philanthropy is principally funded by Facebook co-founder Dustin Moskovitz and his wife Cari Tuna. Ironically, Moskovitz owes his many billions to the very global capitalism that the Movement for Black Lives vigorously opposes. Does he really recommend dismantling that system through his philanthropic endeavors?

One of this country’s greatest assets is the altruism and the general desire of Americans to do what they can to right wrongs. This instinct is amplified when those wrongs are as heart-wrenching as George Floyd’s death. But in deploying this collective asset toward productive ends, donors need to exercise prudence and discretion to ensure they understand where their funds are being directed and for what purposes. 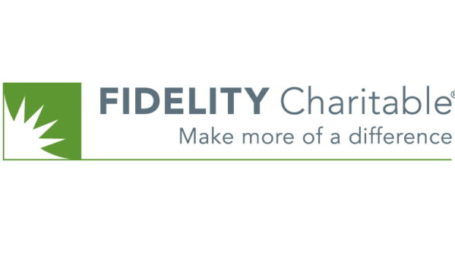 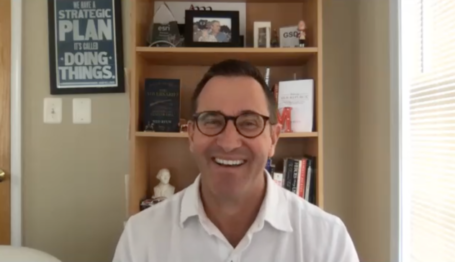