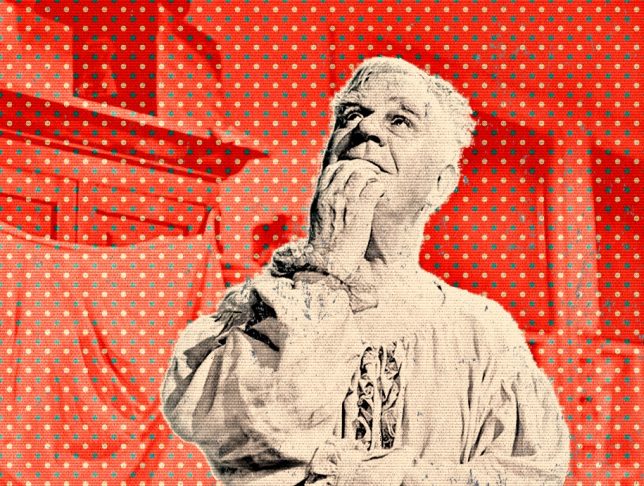 Anyone involved in the nonprofit world knows that there is a significant power imbalance baked into the relationship of donors and charities. We want to be and do good, but sometimes our own sense of self-sufficiency can prevent us from doing so. To succeed, therefore, donors need to get much better at seeking help and listening to the views of others, especially those who hold relatively less power than they do.

In this holiday season, we can think of no better example for this pertinent charitable lesson than that portrayed in the story of Frank Capra’s classic 1946 Christmas film It’s a Wonderful Life.

The movie begins with prayers ascending to heaven from people in the town of Bedford Falls who know George Bailey. “I owe everything to George Bailey. Help him, dear Father.” “Joseph, Jesus, and Mary. Help my friend, Mr. Bailey.” “He never thinks about himself, God. That’s why he’s in trouble.” “George is a good guy. Give him a break, God.”

Joseph the angel then goes to Franklin the senior angel, telling him “A lot of people asking for help for a man named George Bailey.” They have to send someone down. And it’s Clarence Odbody’s turn. Uh-oh. Clarence, played by Henry Travers, is a hapless second-class angel who’s been passed over for his wings for 200 years.

They summon Clarence, who lacks confidence, but wants to be and do good – like us, including those in a position to give. Clarence wants to finally earn his wings. “Clarence, you do a good job with George Bailey, and you’ll get your wings,” Franklin says.

“If you’re going to help a man,” Joseph asks the tentative Clarence, “you want to know something about him, don’t you?” Clarence agrees. “Well, keep your eyes open,” Joseph helpfully says. “See the town?”

Clarence actually doesn’t see Bedford Falls, but Joseph helps him, giving him a glimpse of it. “If you ever get your wings, you’ll see all by yourself.”

When Clarence gets down to Earth and introduces himself to George – the “client” in need of help – George tells him “I don’t know whether I like it very much being seen around with an angel without any wings.” “Oh, I’ve got to earn them,” Clarence responds, “and you’ll help me, won’t you?”

Famously played by Jimmy Stewart, George answers, “Sure, sure,” then asks, “How?” Clarence: “By letting me help you.” George: “Only one way you can help me. You don’t happen to have eight thousand bucks on you?”

Main antagonist Henry F. Potter, the money-minded materialist whom George owed, later huffed at George, “Why don’t you go to the riff-raff you love so much” – among whom were some offering the initial prayers for him – “and ask them to let you have eight thousand dollars?”

No need to fully spoil the end of It’s a Wonderful Life, just in case you haven’t seen it. But throughout the movie, Clarence the humble helper asked for help and himself received help from others – from Joseph his colleague angel directly, from George, and from George’s family and local neighbors indirectly.

Clarence was far from arrogantly overbearing. He patiently learned about George from the time when George was just a little boy. Clarence studied, listened, and measuredly reacted to circumstance – sometimes common-sensically, sometimes “strategically,” sometimes both.

He applied his insights well and occasionally in ways George and others considered harsh, including by showing George what would (and wouldn’t) happen to the people he knew, and the community they all formed, were he never born. Clarence also gently offered George encouragement and support when needed.

While he didn’t write a check or award a challenge grant to George, Clarence helped set in motion that which made George “the richest man in town,” as George’s brother Harry Bailey put it in a touching toast at the end of the film. In doing so, Clarence gave of himself. He earned his wings.

All givers need help. Learn about, and from, those whom you want to help. Keep your eyes open.