What can Funders do to Support Localism and Decentralization? 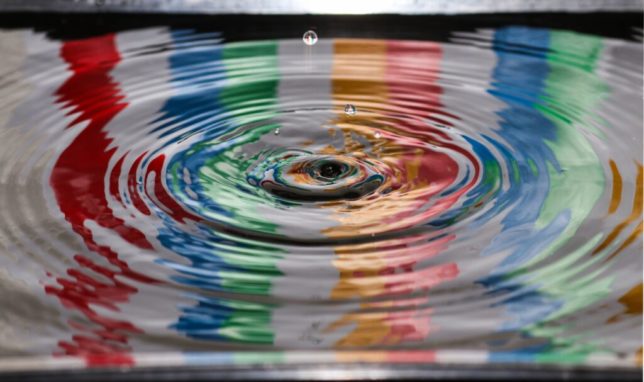 This article originally appeared in Philanthropy Daily on June 10, 2019.

Talk to program officers at conservative foundations about what the goals of public policy should be, and you’re likely to hear something along the lines of “decentralize government.” Get power out of Washington and put it back to the states. Take power from state capitals and push it down to cities and counties.

Suppose you’re someone who can make this happen—a governor, or the secretary of a Cabinet department. “Well,” they might say, “what you’re proposing is vague. What do you actually mean?”

Andy Smarick, who directs education and labor programs at the R Street Institute, thinks conservatives need to strengthen their thinking about what decentralizing government means.

“Conservative leaders are poorly equipped to respond when the theoretical case for decentralization meets the realities of governing,” Smarick writes in National Affairs. “‘Push authority down to lower levels’ is a compelling ante, but that hand quickly folds when practical challenges raise the stakes.”

Smarick says that we can draw upon two sources of wisdom when coming up with ideas for decentralization: the works of the great economist F.A. Hayek, and the thinking of the Catholic Church.

Catholics and libertarians are not as far apart on their opinions on decentralization as one might think.

The Catholic Church has long stressed the goal of subsidiarity. The term seems to have been coined by Pope Pius XI in 1931, but forty years earlier Pope Leo XIII declared that efforts by the state to control families were “a great and pernicious error.” Pope Leo declared his support for “enumerated societies for mutual help,” which included labor unions and groups that helped the poor, the sick, and the elderly.

By 2005, Pope Benedict XVI declared that subsidiarity was “the most effective antidote to an all-encompassing welfare state.” But Catholics believe that the idea of devolving power involves strengthening, not weakening, civil society. Reducing the power of government doesn’t mean replacing the welfare office with nothing; it means working to ensure that those who need help have a robust network of private organizations willing to serve them.

Hayek’s great insight was that central planning was not possible because no bureaucracy could ever acquire enough information to set prices or determine what needed to be produced. But the free market doesn’t just enable consumers to enhance their purchasing power; it also ensures that spontaneously created “institutions of freedom” could be established, and being locally based, they are better able to serve people than remote central bureaucracies. These local organizations, Hayek wrote in his essay “Freedom, Reason, and Tradition,” had “the important but unorganized knowledge” of “the particular circumstances of time and place.”

Liberty, for Hayek, is important for all sorts of reasons, but one major one is that it is “an argument against all exclusive, privileged, monopolistic organizations, against the use of coercion to prevent others from trying to do better.”

Too many progressives assume that rule-laden bureaucracies come up with the one best way, the “scientific” method of management that always works. But there is no single best way. By devolving power and giving those who need help a variety of locally based options, conservatives strengthen civil society and give the poor a better chance to thrive.

In his 1974 Nobel Prize lecture, Hayek said that the state should be run like a garden. The idea is that the state provides certain vital functions, such as the rule of law, but otherwise should let people flourish in ways that can’t be planned or preordained.

In Smarick’s view, the federal government can act by providing term-limited grants with very specific aims. Among the programs he likes are the New Markets Tax Credit, which gives businesses tax relief if they invest in poverty-stricken areas, the Investing in Innovation Fund, which gives grants to groups that come up with new ideas in education, and social impact bonds, which provide returns to investors who provide capital for programs that help the poor and struggling.

Here philanthropy can provide a useful function by funding evaluations about whether these programs do what they’re supposed to do. They can act as umpires and support rigorous analysis of effective programs and explain why ineffective programs don’t work. Foundations frequently support excessive evaluation of their own programs, but funding policy analyses of new government programs is a worthy task of philanthropy.

So government officials interested in decentralization, Smarick concludes, should answer this question: “How can we lean on voluntary, intermediary associations for action after they’ve been allowed to atrophy for decades?”

Philanthropists can help these locally-minded government officials, by providing advice, evaluation, and by using their own grantmaking to strengthen civil society.