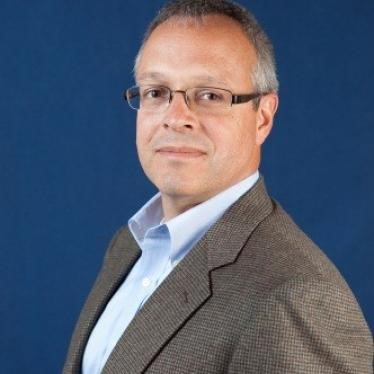 Wellspring’s website lists John Taylor as president of the foundation and managing partner of Wellspring Advisors. A professional litigator from 1986 to 2000. He was a board member for a number of left-wing nonprofits, including the Planned Parenthood Foundation, Human Rights Watch, and the Center for Lesbian and Gay Civil Rights (now Equality PA, a Pennsylvania-based gay advocacy group). Credit: Influence Watch. License: https://bit.ly/2rwghEp.
by Hayden Ludwig

Wellspring Philanthropic Fund is in a category entirely itself among the Left’s major “dark money” funders. Most such groups are 501(c)(3) or 501(c)(4) nonprofits funded by other nonprofits and go to great lengths to cloak their funding and spending using “pass-through” vehicles, donor-advised funds, and fiscal sponsorship. They typically want viewers to see that they’re effective with their money—just not the details of how it’s spent.

Wellspring, on the other hand, is a private foundation funded entirely by for-profit shell companies, themselves funded by a handful of wealthy elites keen on preserving anonymity. Wellspring then grants hundreds of millions of dollars to two major donor-advised fund providers—Fidelity and Vanguard—forever masking which nonprofits it ultimately benefits. And maintaining this flow of left-wing cash is Wellspring Advisors, the mysterious consultancy which staffs and manages the whole operation in exchange for millions of dollars in annual contractor fees.

Considering how “dark” the scheme is, one wonders why Shechtel, Gelbaum, and Taylor bothered with a private foundation at all. If the goal is perfect anonymity, it’s the weakest link: unlike its bevy of for-profit siblings, Wellspring has to publicly disclose its donors, spending, and other important financial data with the IRS every year. Why not use the shell companies to fund donor-advised funds directly?

Almost certainly, the Wellspring network benefits from the advantage of tax-deductibility for donating vast sums to a private foundation. Having a conduit like Wellspring in place also ensures that Wellspring Advisors—the system’s true “black box”—has a steady stream of contracting and management fees from the foundation. Instead of managing hundreds of millions of dollars in donor-advised funds themselves, Shechtel et al have access to a team of managers who can ensure Wellspring’s money is fed into DAFs and on to the groups of their choice—all but guaranteeing their anonymity.

Of course, that’s speculation. All an observer can really know is that Wellspring has a virtually limitless fountain of “dark money” to draw upon and no shortage of activists to fund.