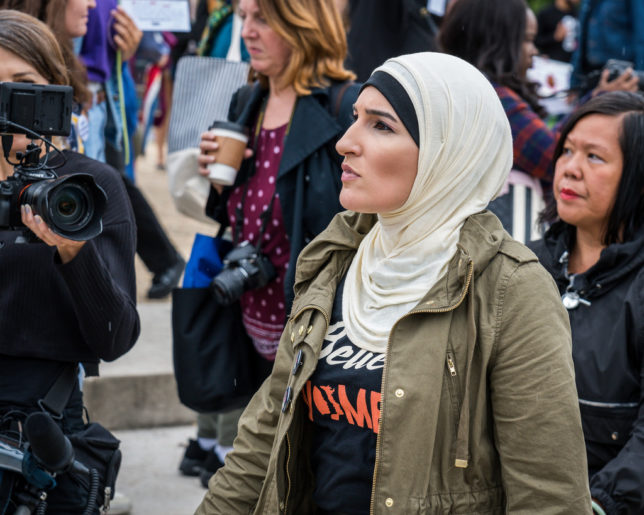 On Monday, Tablet, a Jewish newsmagazine, published a massive expose on the alleged anti-Semitism of the Women’s March. It also confirmed general suspicion that the Women’s March was organized by members of the professional Left. That same day, Randi Weingarten, national president of the American Federation of Teachers (AFT) teachers union, declared her support for Linda Sarsour and Tamika Mallory, two national co-chairs of the march who have been lighting rods for complaints of the organization’s anti-Semitism allegations:

While we don’t agree on everything, @Lsarsour and ⁦@TamikaDMallory⁩ are warriors for justice and I am honored to know them and work with them & call them friends.. glad to have this meeting today w/ them & ⁦@Skleinbaum⁩ debunking myths pic.twitter.com/NvvzRMaxG2

Of course, Weingarten did not receive the privilege of hanging out with the Women’s March leaders for free. According to the AFT’s 2018 federal annual report (known as an LM-2), the AFT paid Women’s March, Inc. a “contribution, gift, [or] grant” of $25,000 for “event sponsorship.”

For good measure, the AFT’s financial association with Mallory goes back before the founding of the Women’s March after the election of President Donald Trump. From 2009 through 2013, Mallory was executive director of the non-profit wing of controversial MSNBC commentator Al Sharpton’s Left-wing advocacy machine, the National Action Network (NAN). From 2009 to 2013, AFT (and its New York City local, the United Federation of Teachers) chipped in $673,000 to NAN.

Conservative writer Alex Griswold called the photograph of Weingarten and the Women’s March leaders “the case for Janus rights in one image.” After the Supreme Court case Janus v. AFSCME from earlier this year, non-members of government worker unions (like most AFT locals) who dissent from its activities (like, say, promoting controversial far-left activists with a habit of making anti-Semitic comments and associating with anti-Semites) are no longer forced by law to contribute to those activities. The fact that AFT has explicitly funded these organizations makes this photograph a very good case for Janus rights indeed.