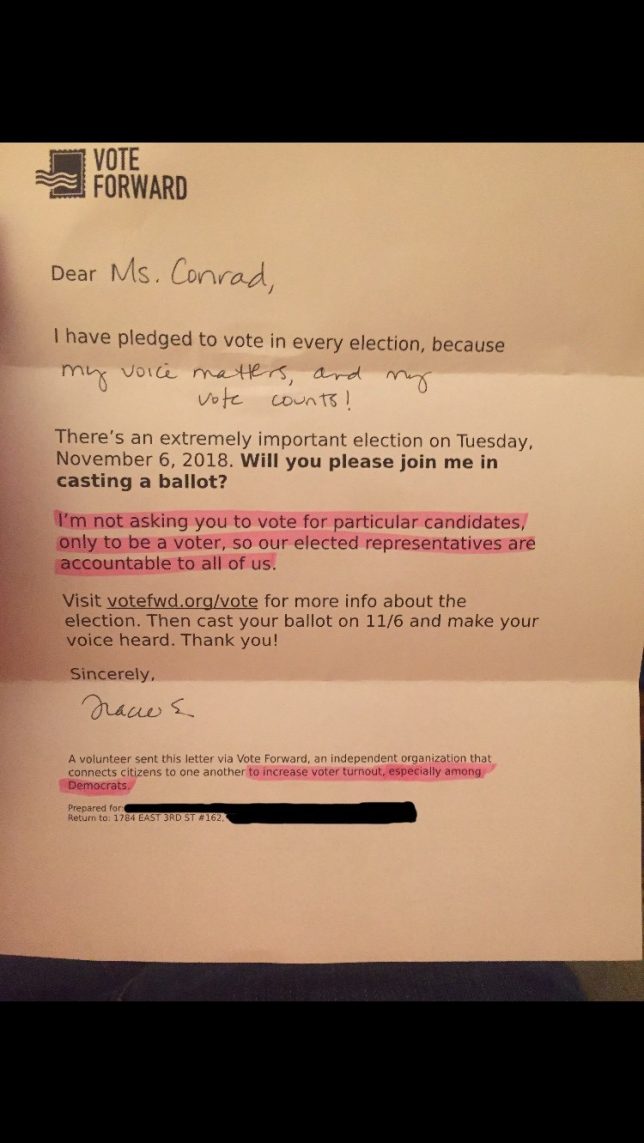 Leading up to the 2018 midterm elections, many different organizations and Hollywood celebrities pleaded for U.S. citizens to get out and vote. Voter registration groups pounded the pavement and urged Americans to participate in the civic sacrament—regardless of partisanship. However, a number of groups failed to live up to their professed bipartisanship.

Scott J. Forman stated on twitter, “I started @votefwd [Vote Forward] in 2017 to channel my own concern and anger about our politics into action.”

The main purpose of Vote Forward was to win a majority for the Democratic Party in the U.S. House of Representatives. Vote Forward, through its online platform, allowed individuals to sign up to send “please vote” letters on behalf of Democratic candidates to registered voters in key swing districts. Vote Forward’s mailing lists for these swing districts came from state election boards. This is publicly available information that is released in the interest of transparency.

Vote Forward attempted to seem bipartisan in its “please vote” letters by stating, “I’m not asking you to vote for particular candidates, only to be a voter, so our elected representatives are accountable to all of us.” The letter tried to convey a message of urgency, that it merely wanted individuals to use their right as U.S. citizens to get out and vote on election day; toward the bottom of the letter (in small font) it admitted the main purpose of the PAC was “to increase voter turnout, especially among Democrats.” Vote Forward wouldn’t tell voters which candidate to vote for, but it would tell voters which political party they should elect.

Scott J. Forman, CEO and founder of Vote Forward, made it very clear what his intentions were concerning his voter turnout PAC: 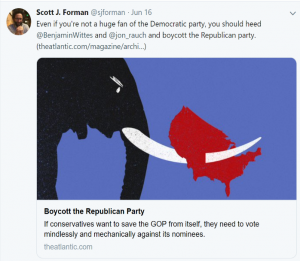 On Twitter, Forman referenced an article by Benjamin Wittes and Jon Rauch which “heed[ed]” individuals to vote against the Republican party and instead vote for Democratic candidates in upcoming elections. Forman also implored voters that the most important thing that anyone could do was “to place Congress in the hands of Democrats.” Forman attempted to bring these ideas to fruition through Vote Forward.