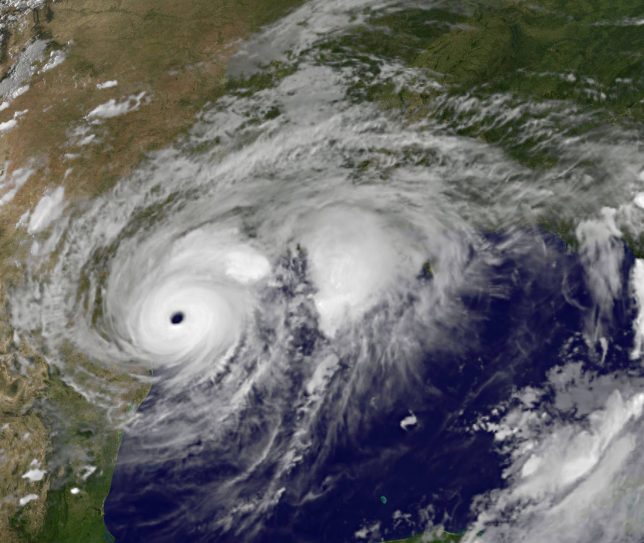 This article originally appeared in Philanthropy Daily on July 12, 2018.

We’re in the middle of hurricane season again and we have a lot to learn from last year’s natural disasters. Hurricane Harvey nearly drowned Houston, Irma’s catastrophic winds destroyed Bermuda and other surrounding islands, Maria devastated everything in its path through Puerto Rico, causing the deaths of over 4,000 people, and California saw its most destructive wildfire season on record.

In the aftermath of all this, ProPublica reporters published a series of indicting articles in critique of the American Red Cross, which I’ve noted here at Philanthropy Daily. Since my last roundup, ProPublica’s Justin Elliott and Arianna Tobin published two stories that led to the resignation of the Red Cross’s general counsel, David Meltzer.[1]

But two stories about screw-ups by the Federal Emergency Management Agency (FEMA) in the wake of Hurricane Maria’s devastation of Puerto Rico show that, whatever the faults of the Red Cross, government contractors did a far worse job than the voluntary sector in disaster aid.

The Associated Press reported on a $30 million contract FEMA awarded Bronze Star LLC to provide 500,000 tarps and 60,000 rolls of plastic sheeting. The company was formed in August, and its headquarters is in a house in St. Cloud, Florida.

It’s run by two brothers and may have succeeded over its competitors because both brothers are veterans. Kayon Jones, who heads the company, served in the Navy between 1997-2000. Neither he nor his brother, an Army veteran, earned a Bronze Star.

The Jones brothers didn’t deliver any tarps in the four weeks they had the contract. Kayon Jones said he had problems because the tarp manufacturer he wanted was based in Houston, which was still recovering from Hurricane Harvey. He then asked FEMA for an extension on his contract and permission to order the tarps from China. FEMA denied permission, canceled the contract, and re-awarded it to OSC Solutions, a contractor experienced in providing plastic tarps to the government.

But while FEMA struggled to find the right contractor, Puerto Ricans had an extra month to deal with leaky roofs in their hurricane-damaged homes.

In the aftermath of Hurricane Maria, the New York Times reported on the case of Tribute Contracting, which FEMA contracted to provide Puerto Ricans with 30 million meals at a cost of $5.10 each in a $156 million contract.

According to the Times, Tribute Contracting’s sole employee is Tiffany Brown. Brown subcontracted with two companies: Cooking With a Star, a wedding caterer in Atlanta, and Breedlove Foods. FEMA signed the contract with Tribute on October 3, with a deadline of 18.5 million meals due by October 16.

By October 16, Tribute had only delivered 50,000 meals of the 30 million meals it was contracted for.

The Times found that Tribute Contracting had had at least five government contracts cancelled since 2014, including four from the Federal Prison System and one from the Government Publishing Office. Brown says she would have been able to provide the 30 million meals by early November (two weeks after FEMA’s deadline) but gave no evidence how she would do this.

By contrast with the government’s incompetence, celebrity chef José Andrés’ World Central Kitchen (which I wrote about here at Philanthropy Daily), served over three million meals to Puerto Ricans in the aftermath of Irma. In partnership with L.A. Kitchen, they also served meals to victims of the California wildfires. The popular chef José Andrés received the Humanitarian of the Year award at this year’s James Beard Foundation awards.

Of course, we should continue to criticize the Red Cross when it does a poor job. But I can’t imagine the Red Cross hiring any subcontractor that has 75,000 meals that could help disaster victims sitting in a warehouse because the meals didn’t meet technical specifications.

The failures of FEMA contractors in Puerto Rico remind us of the nonprofit sector’s strength and flexibility.

NOTE: In March, Rep. Elijah Cummings (D—Maryland) and Rep. Stacey Plaskett (D—Virgin Islands) released a letter charging that FEMA had received urgent requests from Walmart and other large retailers in Puerto Rico for emergency fuel supplies two days after Hurricane Maria. FEMA, the members of Congress charged, refused to respond, leaving the large retailers no choice but to throw away massive quantities of food, Politico reported.

In 2012, the Red Cross forced Gerald Anderson, who headed the organization’s operations in Haiti after the 2010 earthquake, to resign after several women accused him of sexual harassment, including one woman who said on the record that she had “woken up naked in his bed without knowing how she got there.” Meltzer, a vice-president of the American Red Cross at the time, provided Anderson with glowing references that allowed him to get a high-ranking job with Save the Children (where he no longer works). We should certainly be outraged by the Red Cross’s sexual harassment cover-up.