Under New Management: Pushing Back Against Big Labor 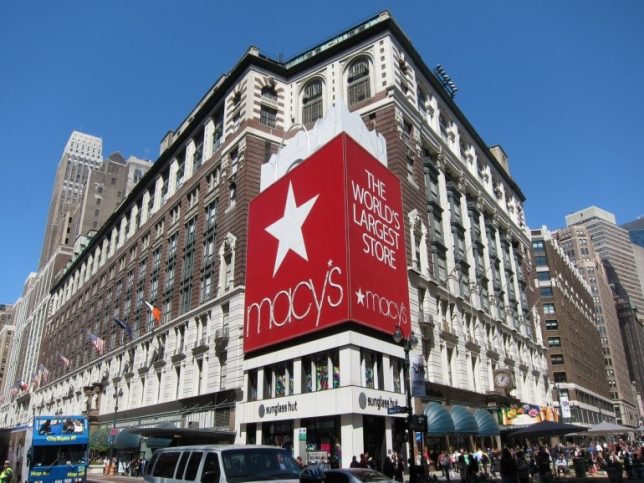 The UFCW union proposed that 41 employees in a Macy’s store’s cosmetics and fragrances department should be able to unionize, even though the rest of the store’s 120 salespeople would not be unionized. Credit: Scott Beale. License: https://goo.gl/LB6PYY.
by Michael Watson

Read the last installment of “Under New Management” here.

Even before the appointments invalidated by Noel Canning, the Obama-era NLRB had acted aggressively to expand union power. In 2011, the NLRB voted on party lines to use its regulatory authority to require employers to post a notice that informed employees of a list of unionization rights, including the right to form a union, the right to bargain collectively, the right to strike, and the right to be protected from various forms of employer retaliation in response to union activities.

Employers cried foul, and sued to block the rule. Ultimately, multiple U.S. Circuit Courts of Appeals held that the notice posting rule exceeded the NLRB’s rulemaking authority under the National Labor Relations Act. In 2014, the NLRB backed down, opting not to seek a Supreme Court hearing to restore the rule.

The attack on Boeing’s ability to locate production in a right-to-work state was not the most lasting maneuver by the NLRB in President Obama’s first term. In a case titled Specialty Healthcare, the NLRB changed its longstanding precedent on the size of bargaining units. Prior to 2011, unions could only organize bargaining units that consisted of all workers in a workplace conducting similar tasks. This was part of a rulemaking and precedent set in 1991. Under the new ruling, however, unions could petition that any clearly identifiable group of employees formed a bargaining unit unless employers could show other employees formed an “overwhelming community of interest.” This made it much easier for unions to get toe-holds in the workplace by organizing small groups of employees into “micro-unions.”

The attack on Boeing’s ability to locate production in a right-to-work state was not the most lasting maneuver by the NLRB in President Obama’s first term.

To get an idea of how this new micro-union rule aids unions, consider a 2014 case involving the department store Macy’s that went before the NLRB and into federal litigation. The United Food and Commercial Workers (UFCW) union proposed that 41 employees in a Macy’s store’s cosmetics and fragrances department should be able to unionize, even though the rest of the store’s 120 salespeople would not be unionized.

Applying its Specialty Healthcare decision, the NLRB ruled along party lines that the UFCW’s proposed micro-union was appropriate, allowing the UFCW to get a toe-hold in the store among the employees the union believed were most open to unionization. Additionally, employers feared a “Balkanization” of similarly situated employees into different unions, each having its own contract and work rules which could drive up labor costs.

Post-filibuster, the NLRB was given a fully constituted, Democratic-majority Board and former union lawyer Richard Griffin was installed as General Counsel. This allowed the Labor Board to resume advancing the unions’ agenda by the pen and phone.

By 2014, the Service Employees International Union (SEIU) had begun its “Fight for $15” minimum wage and unionization corporate campaign aimed at chain restaurants, especially McDonald’s. Within that campaign was a novel legal theory that relied on overturning decades of precedent holding franchisors—the national branding companies whose names are on chain restaurant doors—free from liability from the alleged labor law infractions of their franchisees—the local small businesses that run most chain restaurant locations. The left-wing labor movement newspaper In These Times explained the strategy in November 2013:

But conversations with various SEIU sources—as well as statements from the leadership and developments in fast-food organizing around the country—indicate SEIU also has a comprehensive national plan in the works, centered on the two public demands of $15-an-hour pay and the right to unionize free of intimidation. If successful, the multi-stage strategy would allow SEIU to secure collective bargaining agreements and gain thousands of new union members.

The first step is to challenge the legal distinction between a corporation and its individual franchises. Take McDonald’s: Ninety percent of its 14,000 U.S. restaurants are franchises, but the corporate parent micromanages key aspects of the business—menus, promotions, insurance, software, advertising, cleaning and so on. At the same time, McDonald’s takes pains to spell out in contracts that it has “no implied employment relationship” with a franchisee or their workers. SEIU aims to hold corporations liable for their franchises’ actions.

In 2014, the SEIU began its “Fight for $15” minimum wage and unionization campaign aimed at chain restaurants, especially McDonald’s.

Unsurprisingly for an Obama appointee, General Counsel Richard Griffin bought the SEIU’s theory wholesale. In May 2014, Griffin solicited briefs concerning whether the “joint-employer standard” (the rule determining when franchisors and other businesses that contract labor are responsible for franchisee or subcontractor labor practices) should be loosened according to SEIU’s wishes. In a case called Browning-Ferris Industries, Griffin persuaded the NLRB to rule along party lines that Browning-Ferris Industries, a waste-disposal company, was liable for the labor practices of its subcontractors. It could be thus compelled to bargain with a union representing those subcontracted employees.

Before the Board even ruled in Browning-Ferris, General Counsel Griffin filed charges against McDonald’s USA, the corporate parent of McDonald’s franchises, holding it liable for the labor law actions of its franchises—exactly in accordance with the SEIU’s plan to advance Fight for $15 and contrary to all prior NLRB precedent. The SEIU, the Obama-era NLRB, and Big Labor allies in the administration saw this joint-employer theory as a way to get around the failure of the Congressional card-check bill: By holding McDonald’s jointly liable with local franchises, McDonald’s could be compelled to recognize the SEIU at its franchises through a card-check agreement or another “neutrality” arrangement. In this sort of arrangement, employers would not be able to present the potential negatives of unionization to workers. Litigation has tied up the McDonald’s USA cases for the time being, and the NLRB has yet to rule on the SEIU’s and General Counsel Griffin’s theory.

[For more on McDonald’s, the NLRB, and card-check, see Diana Furchtgott-Roth, “The NLRB Rigs the Rules,” Labor Watch, February 2015]

In the next installment of “Under New Management,” the Democratic-controlled NLRB’s agenda goes off the rails — offering an opportunity for Trump appointees to bring real reform to America’s labor laws.