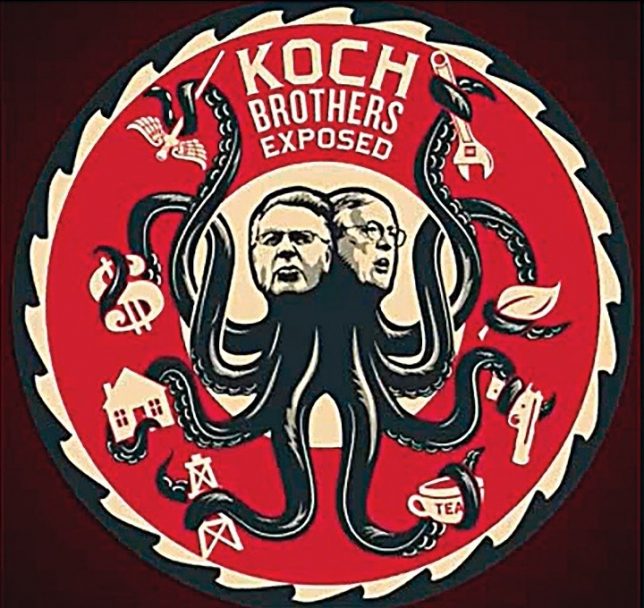 Summary: UnKoch My Campus prematurely claimed a victory in May when donor agreements between George Mason University and the Charles Koch Foundation revealed the conditions under which grants were made to the university. But before UnKoch My Campus throws stones about “dark money,” it needs to come clean about its funding and agenda.

Usually, few object to philanthropists contributing to support American higher education. But if a university or individual faculty member receives support from the Charles Koch Foundation (CKF), then it suddenly becomes grounds for a conspiracy theory involving so-called “dark money.” All it takes is a small group of Marxist leaders and help from a few left-wing mainstays like Greenpeace, the Center for Media and Democracy (CMD), and the American Federation of Teachers (AFT).

Leftist interests organized under the “UnKoch My Campus” banner target the Charles Koch Foundation, which is associated with classical liberal philanthropist Charles Koch. The left-wingers claim to see malicious intent from Koch and its “corporate interests” to take over higher education. Most recently, suspicious students with the support of the UnKoch network demanded copies of donor agreements made between CKF and George Mason University (GMU), believing that CKF exerts undue influence at the public university. Scrutiny fell most heavily on the Mercatus Center, an independent, market-oriented economic research center which has a close relationship to GMU’s famed economics department.

The university released expired donor agreements, which GMU President Angel Cabrera claimed “fall short of the standards of academic independence I expect any gift to meet.” The editorial board of the Washington Post went a step further and urged George Mason to release all the gift agreements made between the university and the Charles Koch Foundation, since the expired donor agreements appeared to show the Koch Foundation’s grants gave the foundation a say in hiring or firing decisions at the university. However, the Post was forced to “clarify” that the grants only allowed the foundation a say in hiring or firing positions at the Mercatus Center—which operates independently from the university and does not receive taxpayer funds. As Jim Geraghty noted in National Review, the story of malign influence and threats to academic freedom spun by the far-left groups backing UnKoch fell apart upon close examination.

Many public universities have agreements with donors similar to those between GMU and CKF. Ironically, UnKoch My Campus is unconcerned about the influence of illiberal-left organizations, which easily outspend the Koch Foundation in higher education grants. It seems that UnKoch My Campus only objects to big-dollar donors when those donors fail to meet a certain ideological test—a test predicted by UnKoch’s staff background and organizational partners.

This apparent discrepancy makes more sense when one considers that UnKoch My Campus is deeply integrated with organizations on the far left and staffed by radical anti-capitalists. Legally, UnKoch My Campus is a project of Essential Information—a 501(c)(3) nonprofit organization founded by Ralph Nader in 1982. Essential Information’s projects focus on “providing provocative information to the public on important topics neglected by the mass media and policy makers.”

UnKoch My Campus has a small staff. Three of the four staff members co-founded the organization in 2014: Lindsey Berger, Connor Gibson, and Ralph Wilson. The fourth member, Samantha Parsons, founded Transparent GMU—which spearheaded the lawsuit against GMU demanding public release of donor agreements between the university and the Koch Foundation.

The three founders have professional left-wing pedigrees, including internships and jobs with the Sierra Club, Greenpeace, and the Center for Media and Democracy, which has previously received generous gifts from George Soros’s Foundation to Promote an Open Society. Rather conveniently, Greenpeace and CMD are public partners of UnKoch My Campus alongside the American Federation of Teachers government worker union.

This alliance of leftist organizations is intentional. Ralph Wilson, the apparent prime mover of the UnKoch movement, posted on his Facebook Page in 2014 that Koch made a perfect target to unite the interests of unions, environmentalists, and anti-capitalists.

Earlier in 2012, Wilson addressed Florida State University’s (FSU) Center for Participant Education (CPE), an on-campus organization with a history of far-left activism, with which Wilson was heavily engaged. A video available online shows Wilson giving a “class” denouncing the Koch Brothers—all but forming the future talking points of UnKoch. It’s worth noting that the CPE receives university funding for its activities as a bureau of the FSU student government. That means that taxpayers incubated UnKoch My Campus and paid for this partisan programming and its vacuous “alternative curriculum.”

Wilson makes no secret of his openly Marxist sympathies. While involved with CPE, the organization hosted events on “The Five that Survived—Cuba, China, Vietnam, Laos, and Democratic Korea,” highlighting the Communist regimes which outlasted the Soviet Union, and a screening of the liberal documentary, Koch Brothers Exposed. Wilson associates with leaders from explicitly Marxist organizations, including the Freedom Road Socialist Organization, and participated in Occupy Tallahassee. In a 2014 interview with the socialist publication Liberation, Wilson admits that his Marxist ideology motivated his attacks against the Koch Foundation.

Wilson may have been the architect for UnKoch, but his other two cofounders brought professional activism, organizing, and research to help him build a campaign with national influence.

Co-founder Lindsey Berger spent two years at CMD as a campaign strategist and researcher. In 2016, UnKoch and the CMD jointly released a report criticizing the Koch Foundation’s campaign for criminal justice reform. Lisa Graves, senior fellow and former executive director of CMD, serves on the advisory board of UnKoch.

In addition to cultivating Lindsey Berger, Greenpeace appears to have incubated investigative researcher Connor Gibson. Gibson’s work for Greenpeace, specifically his research into the American Legislative Exchange Council (ALEC), the State Policy Network (SPN), and the Koch Foundation, as well as “the surge of requests from college students,” led him to the conclusion that American universities should purge Koch support. However, the relationship between Greenpeace and UnKoch is a bit cozier than it looks. After all, Gibson is paid by Greenpeace to do work that directly feeds into his position with UnKoch. A page on Greenpeace’s website makes it clear that UnKoch became independent from Greenpeace in 2017, leading one to wonder how close the relationship was prior to 2017.

In the next installment of Unclear Funding for UnKoch, learn how UnKoch My Campus’s funding lacks the transparency they demand from right-of-center foundations. 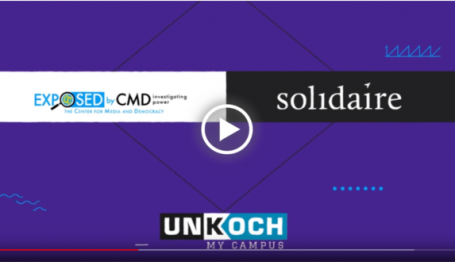