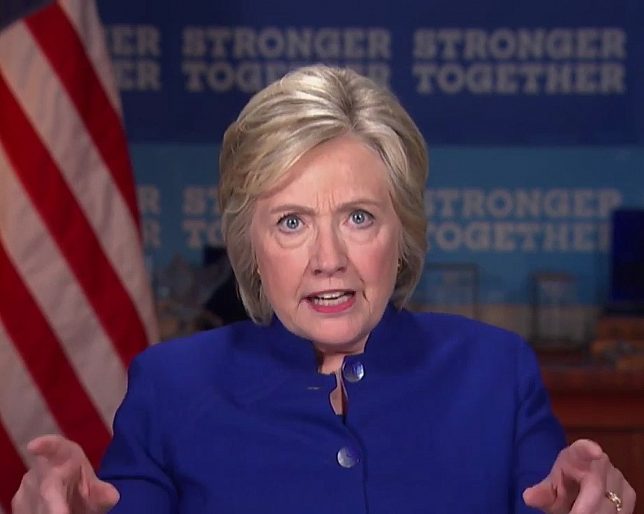 Summary: 2016 Republican Presidential Nominee Donald Trump drew a record number of protests by left-wing activists during his campaign. These “grassroots” demonstrations, though, were anything but spontaneous. In this installment of Creamer and Foval, we dive into the complex machinery Creamer and Foval created to gin up astroturf protests against Donald Trump.

In February 2011, Bob Creamer co-founded Democracy Partners (DP), a political consultancy composed of other DNC-connected consultants. (His own firm, SCG, now operates as a “component part” of Democracy Partners, according to his LinkedIn account.) DP operates at the highest echelons of Democratic politics, and its clients reflect that status: notably AUFC, Alliance for Change, Alliance for Retired Americans (an AFL-CIO branch), and Priorities USA (Hillary Clinton’s main 2016 super PAC). Together with the Foval Group—Scott Foval’s “media, events, and strategy consulting firm,” which he ran from 2003 to October 2016 according to his LinkedIn profile—DP played an essential, if legally murky, role in coordinating the many arms involved with the Clinton campaign.

“We have a call with the [Clinton] campaign every day to go over the focuses that need to be undertaken,” Creamer says to an undercover journalist in the first Project Veritas video.

In Foval’s words, DP was “kind of like an ongoing Pony Express” between various Democratic Party campaigns, the DNC, and Priorities USA. As he describes it, DP’s partners and employees skirted the Federal Election Commission’s (FEC) strict legal prohibitions on coordination between political campaigns and activist groups or nonprofits by acting as unofficial liaisons:

The campaigns and DNC cannot go near Priorities [USA], but I guaran-damn-tee you that the people who run the super PACs all talk to each other, and we and a few other people are the hubs of that communication.

Since PACs can raise unlimited sums, the FEC prohibits “independent expenditures”—that is, partisan expenses made by a political action committee (PAC)—from being “materially involved in decisions regarding” communications between candidates for public office and PACs. It’s important to note that it remains unclear whether Democracy Partners violated FEC coordination laws during the 2016 election cycle. Nonetheless, the Project Veritas revelations are troubling. In the first of the group’s videos, Foval notes the importance of maintaining the deception of separation between the Clinton campaign and its support groups:

The thing that we have to watch is making sure there is a double blind between the actual campaign and the actual DNC and what we’re doing. There’s a double blind there. So they can plausibly deny that they knew anything about it.

As consultants, Creamer and Foval are somewhat legally removed from these political coordination laws, but they could in effect coordinate the various groups through DP’s internal communications. Foval identifies Creamer as the “primary” for the DNC client, and himself as a “sub to him” as well as a “primary to AUFC separately.” As he put it, “I’m the white hat, Democracy Partners is kind of the dark hat [arranging and paying for subcontractors].”

Where did Bob Creamer and Scott Foval fit into the Clinton campaign?

The goal of their schemes was to create negative media coverage for Republican candidates – casting Trump supporters as violent. They framed the incidents as spontaneous protests gone awry, especially on those rare occasions when Trump supporters assaulted demonstrators. To further this effort, they sent activists to provoke fights with supporters at Trump rallies, such as the cancelled event in Chicago in March 2016. Foval said, “We know that Trump’s people will [tend to] freak the f*** out… It is not hard to get some of these assholes to ‘pop off.’”

We’re here to cause “conflict engagement in the lines at Trump rallies,” Foval continues. “We’re starting anarchy here.” But that only works if the media can pick it up – which is why Foval makes it clear that their efforts are aimed at creating chaos outside rallies, where television crews can capture footage of brawls involving red cap-wearing conservatives.

This technique is called “birddogging.” In birddogging, you pre-plant people in the front of a line leading into a rally, next to camera-wielding reporters. These activists then berate Trump as he walks past the line with aggressive questions designed to cast his campaign in a negative light. You do this in front of the journalists who you can count on to report it as a spontaneous anti-Trump demonstration.

One example of Creamer’s handiwork is Shirley Teeter, a 69-year-old woman and lifelong protester with chronic obstructive pulmonary disease. In September 2016, Teeter was punched by a Trump supporter at a North Carolina rally she was protesting. The media soon picked up the story, and many on the Left lambasted Trump’s followers as savages who attack demonstrators without provocation. “She was one of our activists,” Foval said bluntly, and had been trained to birddog.

Infiltrating so many events requires a sophisticated network and coordination. This kind of deception is Bob Creamer’s specialty. “Wherever Trump and Pence are gonna be we have events,” he said. “And we have a whole team across the country that does that.”

Training agitators to work effectively takes time, money, and access to a nationwide arsenal of professional activists. Getting activists to birddog events means weeks of logistical preparation, and funneling them there early in the morning. DP reportedly maintained a schedule of Donald Trump and Mike Pence campaign appearances across the U.S., updating it daily. “We have to have people prepared to go wherever these [Trump and Mike Pence] events are,” Foval admitted, “which means we have to have a central kind of agitator training.” These “built-in” activist cells are located across the country. Foval rattled off a few they’ve used in rallies for the 2016 election cycle: Las Vegas, New York, Washington, D.C., and Colorado.

Creamer and Foval made frequent use of union members to accomplish the seedier jobs. “A lot of union guys, they’ll do whatever you want. They’re rock and roll,” said Foval:

When I need to get something done in Arkansas, the first guy I call is the head of the AFL-CIO down there, because he will say, ‘What do you need?’ And I will say, I need a guy who will do this, this and this. And they find that guy. And that guy will be like, yeah, heal, let’s do it.

More disturbing, however, is DP’s penchant for hiring homeless people and the mentally ill to assault Trump supporters. “Sometimes the crazies bite and sometimes the crazies don’t bite.” Apparently, this isn’t uncommon. “No,” Foval continued, “I’m saying we have mentally ill people that we pay to do shit, make no mistake.” And this goes back years:

Over the last twenty years, I’ve paid off a few homeless guys to do some crazy stuff, and I’ve also taken them for dinner, and I’ve also made sure they had a hotel, and a shower, and I put them in a program. Like, I’ve done that.

Bob Creamer is Democracy Partners’ “kingpin,” Foval said. “Bob is diabolical, and I love him for it.” He’s responsible for the bulk of the group’s many schemes and protests. Everything is storyboarded beforehand, or—as Foval said with a grin—“scenarioed.”

“There’s a script of engagement,” he explained. They even paid activists’ legal and medical bills if they got arrested or “punched out at a rally.” He pointed to an incident in August 2015, when Wisconsin Governor and Republican presidential candidate Scott Walker attempted to grab the sign of a protester in front of the stage and a minor scuffle ensued. “That was all us. The guy [protester] who got roughed up is my counterpart who works for Bob [Creamer].”

Sometimes Democracy Partners brought in specialists for certain jobs. “[W]e also did the Arizona one where we shut the highway down,” said Zulema Rodriguez, a professional agitator for DP. She was referring to an incident in March 2016, when several protesters were arrested for blocking a major road in Arizona leading to a Donald Trump rally with Sheriff Joe Arpaio. Shouting “Trump is hate,” they positioned their cars in the way of traffic. Ultimately, the event went forward, but an hour behind schedule.

Another specialist was Aaron Black (real name: Aaron Minter), a Creamer employee and the rapid response director “for all things Trump on the ground for the DNC.” His role was hush-hush, he said – “no one is really supposed to know about me.” Minter claimed that he and Democracy Partners were responsible for the violence which led to the cancellation of the March 2016 rally in Chicago. Of course, the trick is making the protest appear spontaneous; if it is cast as the DNC’s partisan handiwork, it loses effectiveness among voters.

In the next installment of Creamer and Foval, we investigate the most bizarre ploy in the Creamer-Foval arsenal.