Creamer and Foval: Partners in Deception 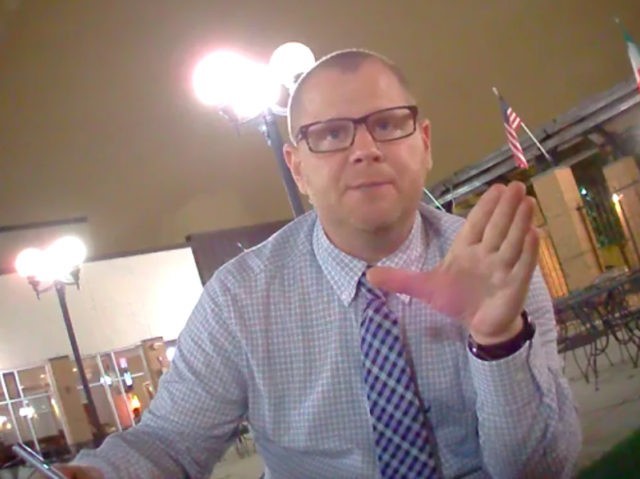 Summary: 2016 Republican Presidential Nominee Donald Trump drew a record number of protests by left-wing activists during his campaign. These “grassroots” demonstrations, though, were anything but spontaneous. In this installment of Creamer and Foval, we expose Bob Creamer and Scott Foval, partners in the 2016 election deception.

Remember the media’s coverage of supposedly violent Donald Trump supporters assaulting protesters at rallies last year? Many in the media tried to frame these demonstrations as spontaneous. But footage released by undercover journalists shows the truth: it was a hoax masterminded by two Democratic operatives – Robert Creamer and Scott Foval.

These operatives may have violated election laws by coordinating with the Clinton campaign to plant protesters. They hired mentally ill and homeless people to provoke violence at Trump  rallies. They may have even engaged in voter fraud to try and tip the scales towards Democrats. When the scandal blew up shortly before the 2016 election, it cost them their jobs with the campaign.

Yet the chief strategist, Creamer, is still being honored as a favorite of the Left.

On March 11, 2016, tens of thousands of people gathered in and around the arena at the University of Illinois at Chicago to attend a rally for Republican presidential candidate Donald Trump. For more than an hour leading up to the event, police and members of the security detail escorted hundreds of protesters and potential demonstrators out of the arena, arresting at least five for sparring with Trump supporters. It led to violence in which one officer was injured. A campaign representative announced the rally would be postponed due to safety concerns. Supporters were left stunned and disappointed by the announcement; protesters were giddy.

It was just one in a series of increasingly violent anti-Trump protests beginning as far back as June 2015. But, like many of the others, it bore the organizational hallmarks of the professional activist Left. What few in the crowd that day realized was just how sophisticated a scheme it was – and that that protest was just one piece in an elaborate web of deception orchestrated by elements tied to Hillary Clinton’s 2016 presidential campaign.

And at the heart of the web: Robert Creamer and Scott Foval, partners in deception.

On October 17, 2016, an investigative group called Project Veritas released videos of its undercover journalists speaking with Creamer and Foval about their role in the Clinton campaign and related organizations. But their schemes date back decades.

Robert “Bob” Creamer is a Democratic consultant and political strategist with ties to many radical activist organizations. He’s been active since at least the early 1970s with a number of Illinois-based groups. One of his longtime associations, Illinois Citizen Action, was allied with the Association of Community Organizations for Reform Now (ACORN), a massive left-wing organizer that shuttered in 2010 after allegations of voter fraud led the federal government to withdraw critical funding for it. Creamer served as executive director of Illinois Public Action, another activist organizer. His wife—current Rep. Janice Schakowsky (D-Illinois)—also worked as its program director.

According to the biography, he consulted with the DNC in the 2008, 2012, and 2016 presidential elections, and was a vocal supporter of Barack Obama’s agenda. He’s described as the former general counsel for Americans United for Change (AUFC), a 501(c)(4) social welfare organization the left-leaning Sunlight Foundation identifies as a “dark money group,” funded by the National Education Association, AFSCME, MoveOn.org, and Occupy Wall Street. AUFC was founded in 2005 as part of a liberal effort to counter the “campaign to defeat the privatization of Social Security” backed by President George W. Bush in 2005, a campaign which Creamer identifies himself as a major architect of. As AUFC’s general counsel, he later coordinated the campaign to pass President Barack Obama’s “landmark jobs and economic recovery legislation” and the 2015 Iran Nuclear Agreement.

In 2005, Creamer was indicted on 16 charges of tax violations and bank fraud. He pleaded guilty to manipulating checking accounts to defraud “nine financial institutions” out of some $2.3 million in “unauthorized and unsecured short-term loans,” according to the Washington Free Beacon.

During his incarceration, Creamer penned a lengthy political manual in 2007 entitled, Listen to Your Mother: Stand Up Straight! How Progressives Can Win. Admitting that his views were influenced by the “legendary community organizer” Saul Alinsky, who wrote a similar manual in the 1960s called Rules for Radicals, the book is a cynical refutation of moderate liberalism in favor of take-no-prisoners tactics and a far-left agenda for the Democratic Party. Creamer lays out his vision for how the Democratic left-wing can take control of the party and create a permanent majority in the federal government, beginning with healthcare:

We must create a national consensus that health care [sic] is a right, not a commodity; and that government must guarantee that right.

In the book, he also advocates amnesty and citizenship for illegal aliens, calling them a “gigantic block of progressive voters – a block that could be decisive in the battle for the future.” Creamer emphasizes the need to put individuals living in the United States illegally on a path to citizenship so that they will be eligible to vote “by 2012 and 2016.” The blueprint is revealing. Wresting healthcare away from private insurers, he implied, is meant to create lasting reliance on the federal government. Coupled with amnesty for millions of new voters, he adds, would further ensure the supremacy of the Left in American politics.

The book was hailed upon its release as a triumph for progressive organizers. Tom Matzzie, the former Washington Director of MoveOn.org, a prominent left-wing website, penned the book’s foreword. Arianna Huffington called it a “one-stop, nuts-and-bolts manual on how to run a winning campaign – and, in the process, return American to its progressive roots.” Chuck Loveless, National Legislative Director for AFSCME, hailed Creamer’s insightful explanation of “how to conduct successful issue campaigns and the challenges we face in moving forward on a social justice agenda.”

Creamer’s influence in national politics reached its crescendo during the Obama administration’s push for the so-called Patient Protection and Affordable Care Act, or Obamacare. Obamacare passed into law on March 23, 2010. In an opinion piece published not long after, Creamer gloated that Americans will “wake up this morning surrounded by a new political world.”

Progressive values now define the fundamental frame of reference for a massive new sector of our economy: health care. . . . [F]rom this day forward in America[,] health care is no longer a privilege or a commodity but a right.

True to his book, Creamer was a critical coordinator in the campaign for the healthcare overhaul and soon became something of a fixture in the Obama White House.

He was one of the most well-connected operatives in Washington, D.C. Logs show he visited the presidential mansion 342 times between 2009 and 2016. Creamer met with the President 47 times.

During this period, Creamer worked closely with a range of unions and healthcare reform organizations, most prominently Health Care for America Now (HCAN) – a coalition that ran a $60 million campaign from 2008 to 2013 strictly to support Obamacare. In his 2012 book The Epic Battle to Make Health Care a Right in the United States, Richard Kirsch—formerly HCAN’s national campaign manager—identified Creamer as one of the key campaign heads. Creamer is a “brilliant strategist,” Kirsch writes, “with an incisive mind, a font of fresh ideas, and relentless optimism.” However, “he was a lousy financial manager, who took foolhardy risks to keep the organization afloat.”

Kirsch’s phrasing seems to cast Creamer as an ideologue bent on passing the healthcare overhaul at virtually any cost. But Obamacare, expansive as it is, falls short of Creamer’s ultimate goal: single-payer (or universal) healthcare.

In a single-payer system, healthcare is administered by one entity: the federal government. Creamer claimed it is “the best way to improve the health insurance system in America and simultaneously cut costs.” He wrote that a “public option, like Medicare, would have low administrative and marketing costs and major market clout.”

This, of course, is far from the truth. In June, the California State Senate voted to establish a statewide single-payer system – an ambitious plan that fell flat when a legislative analysis put the total cost at $330 to $400 billion (the state’s 2017 budget was $183.2 billion).

But Creamer’s wife, Jan Schakowsky, was perhaps more honest about the couple’s ideological intentions in an April 2009 speech. “A public option will put the private insurance industry out of business and lead to single-payer,” she told the crowd. “This is not a principled fight [for Obamacare]. This is a fight about strategy for getting there, and I believe we will.”

It’s worth noting that Schakowsky is at least as radical as her husband. As conservative commentator Stanley Kurtz noted in National Review in 2010, the congresswoman was a member of the Democratic Socialists of America—authoritarians and Soviet sympathizers—at the “start of her political career.” Together with Democrat Rep. Steve Cohen (Tennessee) and Rep. Charles B. Rangel (New York), she co-sponsored the “Free Trade with Cuba Act” to normalize trade and travel relations with the communist Cuban regime. In 2016, she was one of the members of Congress who accompanied President Obama on his trip to the socialist workers’ paradise.

Scott Foval is one of Bob Creamer’s key associates and an important partner in the 2016 election deception. A native Iowan, Foval’s political career began with campaign activism for Iowa Democratic gubernatorial candidate Bonnie Campbell in 1994. He later moved into journalism and radio and television broadcasting in Illinois, and he was a reporter for the Huffington Post during the 2008 presidential election cycle.

Foval moved into left-wing activism as regional political coordinator (later deputy political director) for People For the American Way (PFAW) from 2012-2016, a prominent 501(c)(4) nonprofit founded by Norman Lear that publishes the website “Right Wing Watch” and various anti-conservative media campaigns. One of these advertisements opposed the nomination of Neil Gorsuch to the U.S. Supreme Court in February 2017, claiming he “doesn’t respect the Constitution.” PFAW is funded in large part by leftist billionaire George Soros.

According to Foval’s introductory biography on PFAW’s website, he was hired to work with the group’s activists in the 2012 “We Are Wisconsin” campaign, a multi-million dollar labor union coalition funded primarily by the AFL-CIO, SEIU, and AFSCME to target Republican politicians during Wisconsin’s 2011 state senate recall elections. The group went on to organize union opposition to Governor Scott Walker’s right-to-work legislation in 2015. Foval went on to serve as national field director for Americans United for Change (AUFC), a position which brought him into proximity with the 2016 Hillary Clinton presidential campaign.

In the next installment of Creamer and Foval, we expose the duo’s astroturf campaigns against Donald Trump’s presidential campaign.