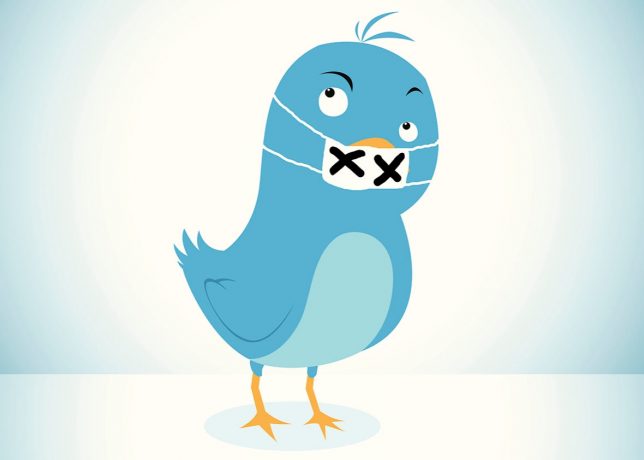 Tim “Treadstone” Gionet, an American political activist with a history of making anti-Semitic and neo-Nazi comments widely known as “Baked Alaska,” recently received a permanent suspension from Twitter. While it isn’t immediately clear why Gionet was suspended, a Twitter spokesperson declined to comment on individual accounts and instead pointed to Twitter’s Hateful Conduct Policy, which states the company’s non-tolerance for “repeated and/or non-consensual slurs, epithets, racist and sexist tropes, or other content that degrades someone.”

Gionet is not the first verified user to receive the boot from the social media platform. In summer 2016, Twitter issued a lifetime ban on Milo Yiannopoulos, a former senior editor for Breitbart News. The “verified” status on several accounts, mostly associated with neo-Nazi and so-called “alt-right” movements, was also removed following Gionet’s ban. (Account verification is indicated by a blue checkmark to let Twitter users “know that an account of public interest is authentic.”)

The announcement of Gionet’s removal from and the changes to the verified status policy by the platform drew criticism of how Twitter handles its users’ speech rights on the platform. While a vice president of Twitter once referred to the company as “the free speech wing of the free speech party,” the company now appears to be engaging in censorship.

In recent statements, though, the company stated that:

Verification has long been perceived as an endorsement. We gave verified accounts visual prominence on the service which deepened this perception…. This perception became worse when we opened up verification for public submissions and verified people who we in no way endorse.

Twitter announced the removals as well as its new guidelines for verified accounts one week after the company received backlash for verifying Jason Kessler, organizer of the neo-Nazi rally in Charlottesville, Virginia that led to a woman’s death. In response to the public criticism, Twitter CEO Jack Dorsey declared the verification process “broken,” and Twitter’s official support account confirmed that it had put a “pause” on the verification system.

New verification guidelines released by the company expanded Twitter’s right to remove verification to include reasons such as:

Promoting hate and/or violence against, or directly attacking or threatening other people on the basis of race, ethnicity, national origin, sexual orientation, gender, gender identity, religious affiliation, age, disability, or disease. Supporting organizations or individuals that promote the above.

While the verification removals claimed to be responding to and alleviating public outrage at Twitter for “endorsing” harmful, violent, or racist ideologies, many notorious public figures retained their verification, as of this writing. Among the most radical to maintain verification is Louis Farrakhan, the leader of the Nation of Islam (NOI), who is recognized by even the left-wing Southern Poverty Law Center (SPLC) as an extremist. The SPLC recognizes the Nation of Islam as a hate group and black separatist organization. Farrakhan and the NOI were deemed anti-Semitic by the center-left Anti-Defamation League, and his comments were listed in the Top Ten Anti-Semitic Slurs in 2012 by the Simon Wiesenthal Center, a leading Jewish group. During speeches, Farrakhan has repeatedly stated that, “White people deserve to die.”

Alex Jones, conspiracy theorist and founder of InfoWars, who claims the 2012 Sandy Hook mass shooting to be a “hoax” and the Las Vegas Massacre to be “phony,” also maintains his verified status on Twitter. Jones believes that other major shootings in America, including Aurora, Colorado; Columbine, Colorado; San Bernardino, California; and Orlando, Florida as well as the Boston Marathon and Oklahoma City bombings were faked by the government. Jones actively promoted the false “Pizzagate” conspiracy theory until Edgar Maddison Welch brought an AR-15 rifle to Comet Pizza in Washington, D.C. and fired shots inside, intent on “self-investigating” the restaurant. After Welch’s sentencing, Jones retracted his support for the conspiracy theory and apologized for his comment’s “negative impact” on the restaurant.

Twitter’s statement that verification equates endorsement is odd and inconsistent. As a private organization, of course, Twitter reserves the right to alter its policies and remove users or their verified status from its website. But its inconsistency in handling politically charged users—banning some, preserving account verified status on others—seems to suggest Twitter is motivated less by free speech and more by its own, scattered political views.

Following Twitter’s de-verification controversy and policy changes, the company announced that it would begin to monitor user’s behavior “on and off the platform” and will suspend accounts of users who affiliate with violent organizations beginning on December 18, 2017. The new rules state:

You also may not affiliate with organizations that—whether by their own statements or activity both on and off the platform—use or promote violence against civilians to further their causes.

After a decade of users freely operating on the platform, these new moves by Twitter have sparked uproar among users that feel Twitter’s history as “the free speech wing of the free speech party” has been abandoned in favor of a new watchdog-style strategy.