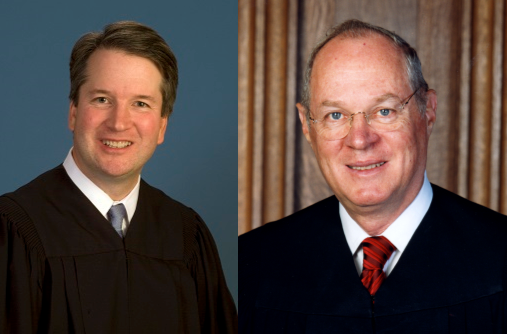 Other liberals, aghast at the prospect of President Trump nominating a second Supreme Court justice, turned on Justice Kennedy, who had cast the deciding vote in a number of cases responsible for substantial advances for social liberals: Lawrence v. Texas, United States v. Windsor, and Obergefell v. Hodges.

It’s not hard to pinpoint one major source of their bitterness, however. In 2010, Justice Kennedy wrote the majority opinion in Citizens United v. Federal Elections Commission. This decision reaffirmed the First Amendment rights of private organizations to exercise the right to free speech through political advocacy spending. The Left often decries this decision as the turning point in American discourse when so-called “dark money” was allowed to corrupt the American political process.

Oft-repeated talking points from those unhappy with the decision include: “corporations aren’t people,” “billionaires shouldn’t be able to buy elections,” and “money is not speech.” But the talking points don’t stand up to scrutiny. CRC’s Michael Hartmann’s recent research shows that the actual effect of Citizens United was relatively insubstantial.

President Trump’s nominee to replace Justice Kennedy, Circuit Judge Brett Kavanaugh, promises to uphold this part of Kennedy’s legacy—much to the disappointment of those who looked to Hillary Clinton or Bernie Sanders to overturn the case or write legislation nullifying the decision. From all appearances, it looks like Kavanaugh, should he ascend to the highest bench in the land, will be just as principled on the First Amendment as Justice Kennedy.

Before Citizens United, Judge Kavanaugh wrote an important majority opinion for the U.S. Court of Appeals for the District of Columbia Circuit affirming the right of EMILY’s List, the pro-abortion political action committee, to spend unlimited funds on supporting candidates for office. This may come as a surprise to pro-abortion activists who preemptively moved to oppose Kavanaugh on the assumption that President Trump would select a justice who would overturn Roe v. Wade.

EMILY’s List v. FEC shows that regardless of the content of the speech, Kavanaugh can set aside his personal opinions to rule on issues pertaining to civil liberties, even if he may disagree with the content of the speech in question. It also should send a comforting message to political donors and nonprofit organizations that they can probably count on the consistency of the current campaign finance rules as they move forward.

Other cases he ruled on show a strong pattern of upholding free speech. SpeechNow.org v. FEC, Pursuing America’s Greatness v. FEC, and Independence Institute v. FEC show that Kavanaugh is unafraid to rule against regulatory bodies when their rules threaten the free expression of private organizations.

That should be a silver lining for liberals and senate Democrats as they contemplate Kavanaugh’s nomination. Like Justice Kennedy, Kavanaugh may be capable of surprising his critics. More importantly though, Justice Kennedy’s mostly consistent record on speech should continue long into the Roberts’ Court.