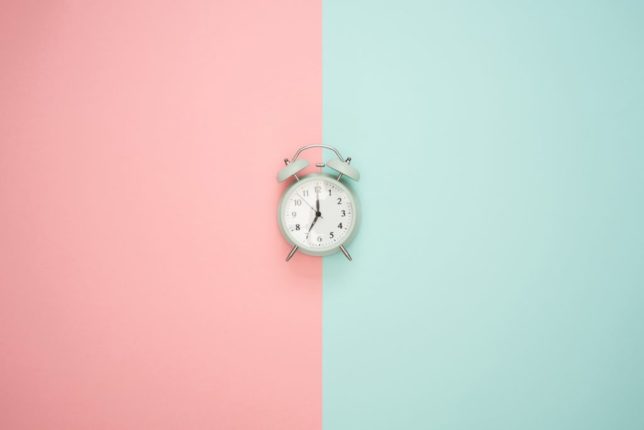 This article originally appeared in Philanthropy Daily on May 30, 2019.

One problem with encouraging voluntarism is that sometimes volunteers want something in return for donating their labor. The Red Cross, for example, often gives incentives to blood donors, such as small gift cards or partnering with baseball teams who give donors complimentary baseball tickets.

But there is a more organized method for encouraging people to donate their time: time banks.

In the Washington Post, Justin Wm. Moyer profiles the Silver Spring, Maryland Time Bank, which is one of about 70 organizations belonging to Time Banks USA.

Time banks are a 21st-century adaptation of a nineteenth-century idea. I learned from the Wikipedia entry on “time-based currencies” that the original inventor of the idea was anarchist Josiah Warren, who in 1827 opened the “Cincinnati Time Store” where goods were priced in units of time that people bought with “time dollars.”

Warren never could figure out exactly how much time it took to perform a given task, and closed his “time store” in 1830. But other nineteenth-century reformers took up his idea, most notably the socialist Robert Owen. Karl Marx knew about this method of exchanging services and mentioned “labor certificates” at least once in his writings.

But the modern inventor of time banks is Edgar Cahn. In 1980 Cahn had a heart attack, and his doctors told him he only had two years to live and only “two good hours” a day.

“I thought: What do I do with two good hours a day?” Cahn told the Post. “I have to teach people to value themselves.”

Cahn beat the doctors’ predictions and, at age 84, is still teaching law at the University of the District of Columbia. But he has spent his career perfecting the idea of what he first called “time dollars” and is now known as a time bank.

Cahn notes that there is a tremendous amount of volunteer labor in our country. He cited a 2014 RAND study where a research team led by Amalavoyal V. Cheri of Britain’s University of Sussex calculated that the amount of volunteer time spent caregiving for seniors in the U.S. amounted to $522 billion annually.

Those volunteers could get something in return in a time bank.

The idea behind a time bank is that people volunteer their services, not just for caregiving, but also for giving people rides, editing, and household repairs, among other things. They then accumulate time credits, which they can “spend” for things they need.

In his article, Justin Wm. Moyer discussed how Susan Alexander gave Mary and Al Liepold a lift to the airport. If the Liepolds had hired an Uber, it would have cost them around $40. But by using a time bank, the Liepolds didn’t have to pay.

Alexander then used her time credits to have Don Slater, a contractor for the National Oceanic and Atmospheric Administration, fix her thermostat. Slater got the job done in 30 minutes.

Everyone Moyer interviewed said that the point of a time bank wasn’t just to save money, but to meet people they’d otherwise never come in contact with. Alexander said she hugged the Leopolds as they got on their airplane.

“I’ve never met these people before,” she said, “but it feels like we’re part of the same family.”

The Silver Spring Time Bank holds events that build civil society. Recently, they had a booth at an area garden festival to show people how to use garden tools. Earlier this year, the bank held an event at the Silver Spring Civic Building where members showed the audience how to repair pottery, kitchen equipment, and lamps and even how to make sauerkraut at home.

Time banking is becoming increasingly popular around the world. In 2017, the South China Morning Post reported that the Hong Kong government proposed having a region-wide time bank where people in their fifties and sixties could accumulate credits which they could then spend when they needed caregiving in their old age.

Reward Volunteers, a nonprofit affiliated with the Cabot cheese company cooperative, is a national effort to have volunteers log their hours for benefits, including a free cruise.

Emily Hatchar in Smithsonian notes that at least two entrepreneurs have created apps, Ying and Hourworld, that act as time banks. However, she interviewed Ed Collom, a sociologist at California State University (Fullerton) and the author of Equal Time, Equal Value, a book about time banks. Collom said that in his experience time banks only work when they are organizations with a physical presence and an active board.

All these efforts encourage voluntarism in the best way—by providing people with services they need in return for their time spent in volunteering.