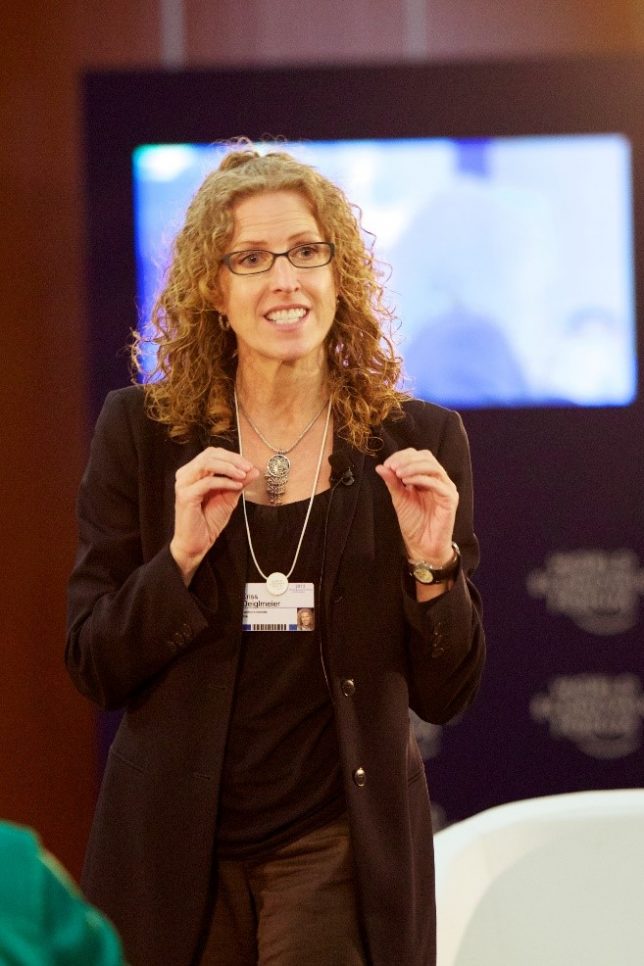 Drummond Pike established the Tides Network in 2001, a master corporation that layers yet another umbrella atop the swelling Tides empire operating in multiple countries.

In 2000, left-wing Canadian philanthropist Carol Newell co-founded Tides Canada, which has reportedly given over $158 million “in support of environmental and social change” to Canadian-based initiatives, largely through its 200-odd donor-advised funds.

Tides Canada funded activists who opposed the Keystone XL project, a pipeline that would link Canadian and North Dakota oil exports with refineries in the southern U.S., donating over $8.4 million in 2009 and 2010 to halt the project. Vivian Krause, a blogger in British Columbia, reported that in twelve years U.S. dark money groups (most prominently Tides entities) poured $300 million into Canadian allies that opposed projects like Keystone. Her investigation ultimately led the Canadian government to yank $8.3 million in government funding from Tides Canada.

The Advocacy Fund, Tides’ 501(c)(4) lobbying arm, advertises itself as enabling “progressive donors and activists to run high impact legislative and political campaigns” on “issues of social justice, environmental sustainability, human rights and economic inequality.” Its federal filings in 2015 reveal grants to the Sierra Club ($1.1 million), the voter mobilizing Sixteen Thirty Fund ($77,724), the League of Conservation Voters ($2.1 million), and many others for a total of $10.2 million in functional expenses and $9.6 million in annual revenues.

The Advocacy Fund claims “Tides does not subsidize The Advocacy Fund in any way.” However, data from their IRS form 990 filings in 2010, 2011, 2013, and 2014 reveals $6,210,549 in 33 grants from the Tides Foundation to the Advocacy Fund. These grants range from $1 million in 2010 for the “Reform immigration for America fund” to $10,113 in 2010 for “We are America alliance action fund’s evaluation project.” In keeping with a pass-through operation, many of these grants are earmarked for Advocacy Fund projects like the Alliance for Citizenship, a 2013 coalition of illegal immigration advocates, a twin of the infamous National Council of La Raza (now UnidosUS).

While donations from 501(c)(3) public charities like the Tides Foundation to 501(c)(4) social welfare organizations are allowed under IRS law, the Advocacy Fund’s claim that it isn’t funded by the former is misleading at best, and blatantly dishonest at worst.

Drummond Pike stepped down as CEO of the Tides Foundation in late 2010 after serving 34 years with the nonprofit. Pike went on to join Equilibrium Capital Group as a principal, a San Francisco-headquartered “sustainability-driven” private equity firm. Through its many buzzword-rife reports (“risk, resilience, and returns from sustainability”), Equilibrium details its role in helping investors “make decisions, including divestment from carbon-intensive investments, particularly in Europe” and understand “the surge of green bonds issued internationally to support sustainable development initiatives.” Pike left the company in 2014 to chair the Sustainable Technology and Regulatory (STAR) Council at Ultra Capital LLC, a San Francisco real estate investment firm.

Pike’s successor at the Tides Foundation, Kriss Deiglmeier, a veteran left-leaning philanthropoid, had previously served as founding executive director for the Stanford University Center for Social Innovation. In an interview shortly after her Tides appointment, Deiglmeier referenced the need for wealthy left-wing nonprofits to pressure major companies into progressive compliance:

“Shining light on bad behavior is one thing,” Ms. Deiglmeier says, “but it’s also important to get Walmart to drive sustainability in its supply chain.”

Like Pike, Deiglmeier is a creature of the slick corporate “greens” world. She has penned a number of publications with titles like “Social Innovation through Corporate Social Responsibility”—code for progressivism in the boardroom. It’s a model that masks 20th century corporatism behind a veil of free market environmentalism using meaningless 21st century “greenspeak.” Take this line from a June 2017 interview with Deiglmeier:

. . . I think [Tides is] a unique jewel in the sector. And what we focus on . . . is to accelerate the pace of social change, working with innovative partners for a world of shared prosperity and social justice.

What does this signify, besides more leftist gobbledygook?

The rest of Tides Foundation’s board consists of a number of development and legal experts from liberal foundations, government, and companies known for funding left-wing groups. One of these is Salesforce, a $4 billion cloud computing firm based in San Francisco. In 2015, Salesforce’s CEO, Marc Benioff, cancelled programs requiring employees to travel to Indiana after that state passed religious freedom legislation he considered “discrimination.” Meanwhile, Benioff saw no irony in his organization maintaining offices in communist China, a country the U.S. State Department classifies as “of particular concern” for jailing and torturing its religious citizens.

It’s safe to say that the Tides consortium will remain the Left’s favorite funding tool as radical new groups continue to proliferate in 2018 and beyond.

We have a president that is openly supportive of white nationalist groups and working alongside his administration to dismantle the tatters of what was left of a safety net in this country and also working hard to dismantle organizations that work for the end of economic and political and emotional support of black people.

We can be certain of one thing: the future of the American Left will be generously underwritten by the Tides Foundation.