Tides’ Legal Laundering: An Incubator for the Left

An Incubator for the Left

Its vast mountain of money has made the Tides Foundation a powerhouse in left-wing politics, but its role in incubating new organizations is arguably Tides’ greatest achievement for the Left and the Democratic Party.

Almost since its inception, Tides has worked to develop new infrastructure for the activist Left through “fiscal sponsorship” of new groups. Over time, those activities—funding and incubating—were split between the Tides Foundation and its 501(c)(3) subsidiary, the Tides Center.

The San Francisco-based Tides Center has supported hundreds of fledgling left-wing organizations since it was formally incorporated in 1996. Until that time, it had been a “projects” program of the Tides Foundation, eventually separating to provide a legal safety net for both entities. Today, the Center provides the day-to-day office support that grants alone cannot: It offers legal and administrative consultation, helps groups apply for grants, conducts public relations, assists in payroll and budget management, and advises on compliance with government regulations. Tides Shared Spaces is one such project; it operates two Thoreau Centers for Sustainability (renovated, low-rent offices) in Manhattan and in San Francisco’s Presidio National Park that together house some 70 nonprofits.

The California Endowment (a behemoth 501(c)(3) private foundation with $3.5 billion in assets and primary Tides Center funder) sprang to life via a deal struck in 1996 between the state of California and the Blue Cross of California, when that organization became a for-profit entity. Between 1999 and 2016, the California Endowment gave a staggering $2.5 billion in 18,813 grants to various community-based organizations, including the Tides Center and Foundation. According to the Daily Caller, the California Endowment was also a major funder of the pro-Obamacare campaign “Health Happens Here” in 2012. To that end, it launched a January 2013 video called “California Teens Demand a Plan to End Violence” in which children “demand a plan” for gun control—a typical example of leftist agitprop. Nevertheless, a California Endowment staffer later told the Daily Caller reporter that the tax-exempt foundation doesn’t take a position on legislation of any kind.

Tides Center’s primary function besides aiding left-leaning groups is “fiscal sponsorship.” This means using its nonprofit status as a legal umbrella for left-wing groups that have not or cannot apply for tax-exempt status with the IRS. The Tides Center does not directly fund these infant groups; instead, it operates as a feeder, accepting outside donations and redirecting them towards its numerous “projects” with the goal of developing them into standalone organizations. According to the right-of-center website Discover the Networks, “the Tides Center served as a fiscal sponsor to some 677 separate projects with combined revenues of $522.4 million” between 1996 and 2010—and managed almost 200 projects in 2010 alone. Those projects often apply to the Tides Foundation for grants, CRC noted in 2010; of course the Foundation “makes the dubious claim that ‘no preference is given.’” 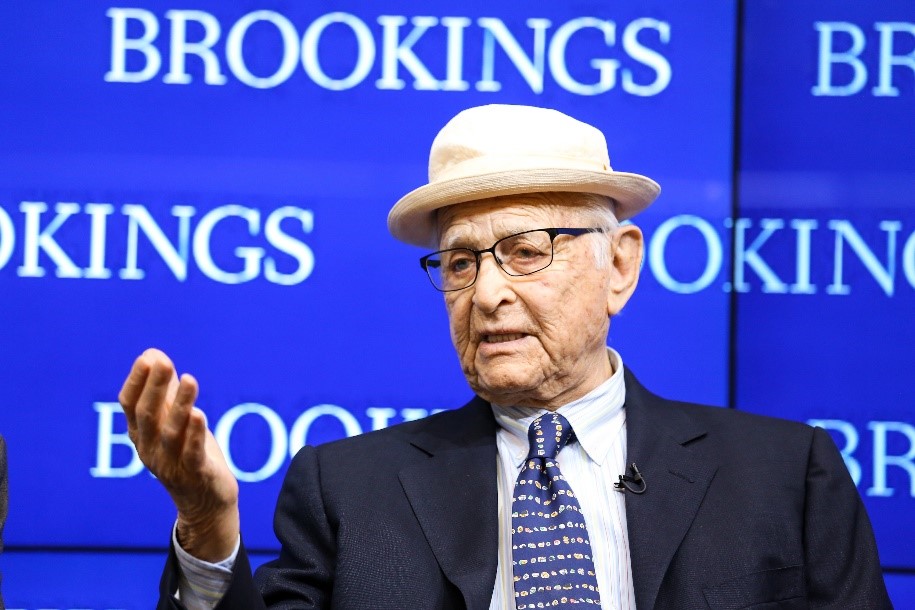 The Center excels as “a surrogate father,” in the words of nonprofit tax lawyer and activist Stanley Weithorn, “shielding each project under [Tides’] tax exemptions” according to IRS law. In 1981, television magnate Norman Lear’s new anti-“religious right” group, People For the American Way (PFAW), became a Tides project with the blessing of Drummond Pike. According to Weithorn, a PFAW advisor, Tides—despite having a smaller staff and payroll—played the “surrogate” role to PFAW while the group waited for the IRS to approve its nonprofit tax-exempt status: “People For The American Way became a project of Tides and operates as such without a hitch.”
Weithorn said.

Meanwhile the Citizens for Constitutional Concerns [another Lear project] application for tax exemption worked its way through the IRS and was approved after eight months. Upon receipt of the approval the Tides project was terminated. Everything was transferred out of Tides and into Citizens for Constitutional Concerns. The name was then changed to People For the American Way.

People For the American Way remains one of Tides’ most successful ventures. The group continues to endorse political candidates in 2018 who can “engage with Trump voters while maintaining progressive values.”

Environmental Media Services (EMF) was a 501(c)(3) nonprofit created in 1994 by former Environmental Defense Fund chief Arlie Schardt in Washington, D.C. EMF sprouted up like a mushroom under the Tides umbrella with help from Fenton Communications, a left-wing public relations firm started in 1982 by spin-master David Fenton. Fenton’s firm bills itself as the “largest public interest communications firm in the country.” His other spinoffs include the Death Penalty Information Center (anti-capital punishment group), Climate Nexus (global warming agitators), and J Street (an anti-Israel Jewish organization).

During its 11 year run EMF aligned with the interests of Fenton’s environmentalist clients, 350.org, Environmental Working Group (whose board included Drummond Pike), the Sierra Club, Earth Justice among others, and hosted the climate change website RealClimate. It merged with the Science Communication Network in December 2005.

According to Activist Facts, the conservative website, at least 36 of Fenton’s clients are Tides grantees, and another ten have used Tides as a pass-through to fund other groups—some of which are also Fenton’s clients.

Tides spinoffs aggressively push for broader state control of industry. The Natural Resources Defense Council and Environmental Working Group, for example, masterminded reports that led to the “Great Apple Scare” of 1989 by claiming that apples sprayed with the chemical Alar—a powder used to prevent the pre-harvest rotting of apples—could give people cancer. The NRDC claimed that “the average pre-schooler’s exposure was estimated to result in a cancer risk 240 times greater than the cancer risk considered acceptable by [the Environmental Protection Agency] following a full lifetime of exposure.” Those reports were further proliferated in the media by Fenton Communications. 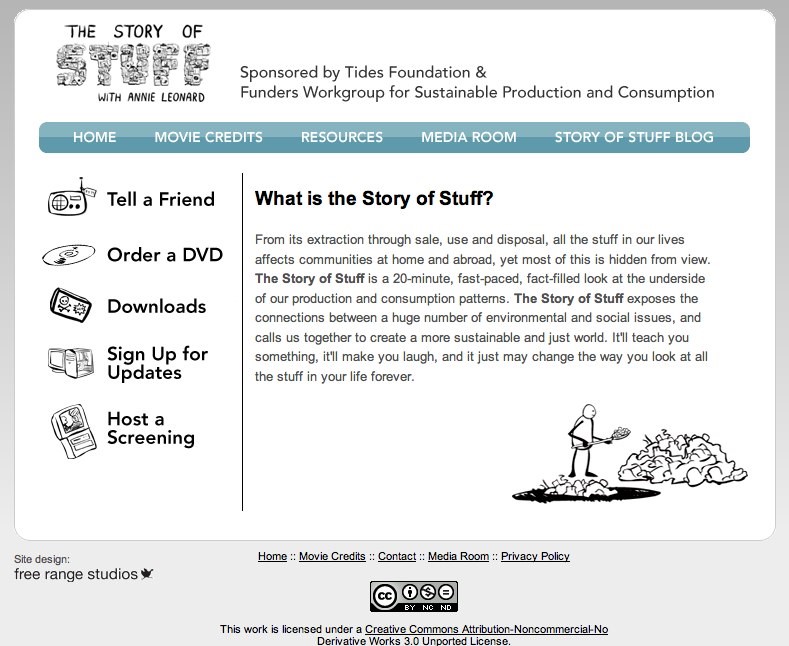 These claims were massively exaggerated. A lab study conducted by the American Council on Science and Health ten years later showed that a consumer would need to consume over 5,000 gallons of Alar-laced apple juice per day to reach the NRDC’s terrifying cancer risk claims. Dr. Richard Adamson, director of the National Cancer Institute’s Division of Cancer Etiology, put it bluntly: “The risk of eating an apple treated with Alar is less than the risk of eating a peanut butter sandwich or a well-done hamburger.”

Nevertheless, the EPA banned Alar in 1989, causing inestimable damage to the apple industry—particularly to the financial well-being of its numerous small producers.

“Structural racism” is a common theme hovering over many Tides Center projects. The Center for Social Inclusion (seeded in 2002 with $75,000 from George Soros’s Open Society Institute) advocates for a federally sourced “Racial Equity fund” to “eliminate structural racism” in local governments. It also criticizes white people for seeing “themselves as supporting racial equality…while actually maintaining racial hierarchy and legitimating white privilege.” The Philanthropic Initiative for Racial Equity, another Tides Center project, is a social justice organization funded by the W.K. Kellogg, Annie E. Casey, and Marguerite Casey Foundations, that seeks to “establish a shared understanding of race and racism” among grantmaking foundations that will result in an “agreement on racial justice as a core part of …mission, goals, and strategies.”

The Tides Center helped pass Barack Obama’s Patient Protection and Affordable Care Act, or Obamacare, in 2010. Much of the public relations and media campaign prior to Obamacare’s passage was conducted by Health Care for America Now (HCAN), a massive 501(c)(4) advocacy organization that acts as a coalition for roughly 1,000 groups on the Left, primarily funded by the Bermuda-based Atlantic Philanthropies. Its 501(c)(3) affiliate, Health Care for America Now Education Fund, is a project of the Tides Center. Unsurprising, given that the Tides Foundation has called universal healthcare one of its “fundamental principles.” Tides reportedly gave HCAN $3.6 million and its members another $1.9 million to push Obamacare legislation in 2009.

In the next installment of Tides’ Legal Laundering, we expose the shadowy Apollo Alliance.