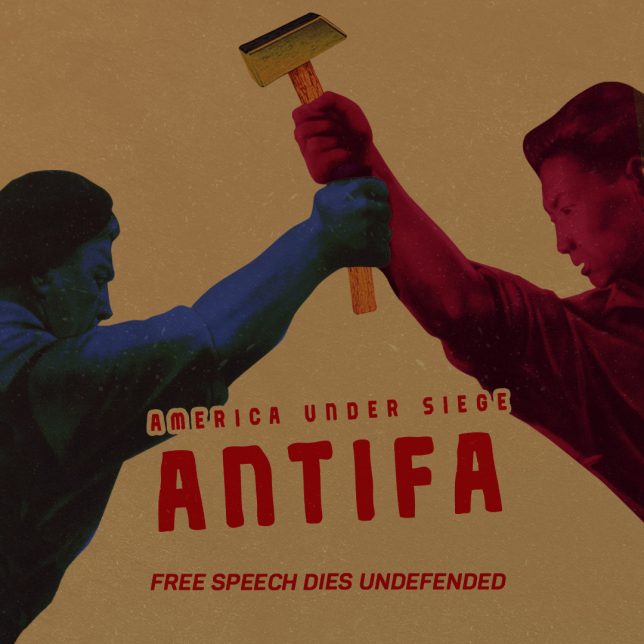 The September 25 premier of America Under Siege: Antifa, the latest film from Dangerous Documentaries (a project of the Capital Research Center), at Milo Yiannopoulos’s Free Speech Week at U.C. Berkeley has been cancelled, in part due to security concerns stemming from members of the radical terrorist organization Antifa (short for anti-fascist action) — the very same group the film exposes.

The disruption of the film’s premier is extremely disappointing. Worse, it is a major blow to the First Amendment right to free speech. Let’s be clear: Antifa shut down a film screening criticizing their own extremism by using fear.

In response to the outrageous free speech violation of Free Speech Week being cancelled, a group associated with Yiannopoulos and the Free Speech Week has filed litigation with the U.S. Department of Justice “alleging that [U.C. Berkeley’s] administration has engaged in a pattern and practice of systematic suppression of [our] First and Fourteenth Amendment rights.”

Dressed in all black from head to toe, wearing masks, wielding bats, and throwing urine bottles while chanting “No Trump, No Wall, No USA at All!”, the communist movement known as Antifa has caught the attention of the nation, gaining fame after the violence this past year in Charlottesville, Virginia and Berkeley, California.

Partnering with conservative author and investigative journalist Trevor Loudon, America Under Siege: Antifa answers three key questions: Who is Antifa? Why are they organizing? What are their goals? The film exposes Antifa’s shadowy origins in Leon Trotsky’s communist ideology and the movement’s violent, extremist beliefs.

Despite U.C. Berkeley’s decision to cancel Free Speech Week, America Under Siege: Antifa will still be released this Monday, September 25. It will be available for free streaming online at DangerousDocumentaries.com, CapitalResearch.org and on our YouTube and Facebook pages. Then Tuesday night, it will air at 10:30pm ET / 7:30pm PT on One America News Network.

The film is narrated and written by Trevor Loudon, directed by Judd Saul, and produced by Cohesion Films in partnership with Dangerous Documentaries (a project of the Capital Research Center).