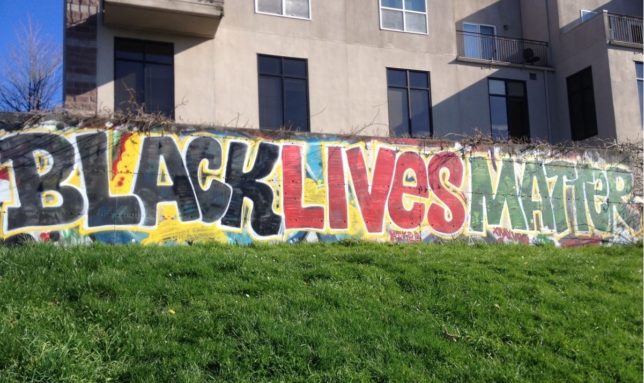 The horrific killing of George Floyd, combined with other recent fatal shootings of black men and women, has set off weeks of peaceful protests and violent riots across America. It has also thrust Black Lives Matter (BLM) back into the forefront of America’s struggles with race relations. But just what is BLM as an organization? Turns out that’s a difficult question to answer.

As covered here, Black Lives Matter can mean something different depending on what part of the movement is being referenced and who is doing the referencing. For instance, when the term is used to show opposition to police brutality or other racially charged issues, it does not necessarily imply connection with any particular organization. In this sense it serves more as an expression of one’s views, rather than affiliations.

By way of example, Michael Jordan recently released a statement pledging $100 million over 10 years “to organizations dedicated to ensuring racial equality, social justice and greater access to education,” and he framed that commitment under the umbrella of “Black lives matter.” As a result, this was sometimes reported as a $100 million contribution to Black Lives Matter itself. Jordan clearly intends to give in conjunction with the broader goals of the Black Lives Matter movement, but he was not specific about which entities would be the recipients — and there are many, many out there that could fit his description. The unique way that Black Lives Matter straddles the border between decentralized protest movement and organized nonprofit entity makes this confusion understandable and likely to persist.

Thousand Currents says on its website that the official name of this Black Lives Matter entity is “Black Lives Matter Global Network Foundation, Inc.,” which is also the name the group has used on recent press releases.

As reported by Buzzfeed News here, this confusion has led some donors to give to organizations they didn’t intend to. The Black Lives Matter Foundation in Santa Clarita and BLM Global Network Foundation “have very different stances on police relations,” with the former wanting to “help bring the police and the community closer together” and the latter calling for police defunding.

According to grants reported on their respective tax filings and websites, organizations that have specifically earmarked contributions to Thousand Currents for Black Lives Matter (and thus presumably for BLM Global Network Foundation) include the NoVo Foundation ($1,525,000 from 2015 to 2018), the W.K. Kellogg Foundation ($900,000 from 2016 to 2019), and Borealis Philanthropy ($343,000 from 2016 to 2018). And, given that BLM Global Network Foundation recently announced  a new $6.5-million grassroots organizing fund thanks to “the generosity and support of donors,” its revenue is likely to significantly increase in 2020.

BLM Global Network Foundation is also positioned at the center of a network of 16 affiliated local chapters, such as Black Lives Matter Chicago and Black Lives Matter Detroit. In some cases, these chapters are themselves fiscally sponsored by other nonprofit organizations.

There’s also a second organization, the Movement For Black Lives, which operates under a fiscal sponsorship arrangement as a project of the Alliance for Global Justice, a 501(c)(3) nonprofit. On its website homepage, the Movement for Black Lives describes itself as “a collective of more than 50 organizations,” while its donation page says it “is made up of over 150 organizations.” One group listed among the 150 is the “Black Lives Matter Network,” though it is unclear whether this refers to BLM Global Network Foundation. The Movement for Black Lives is itself listed as a “Partner” on BLM Global Network Foundation’s website.

The situation is further complicated by the involvement of ActBlue Charities, another confusing entity that serves as a fundraising machine for left-leaning groups and politicians, and as the means through which donations to both BLM Global Network Foundation and the Movement for Black Lives get collected and dispersed. What all of this amounts to, should a supporter of the movement decide to donate like Michael Jordan did, is confusion about exactly who people are giving to when they decide to donate to “Black Lives Matter.”

The upshot is that “Black Lives Matter” can mean the decentralized movement as a whole, or one of the many discrete legal entities that operate under that name. This duality of meaning can lead to confusion among observers, commentators, and even the movement’s supporters.

This article first appeared in RealClearPolitics on June 21, 2020.