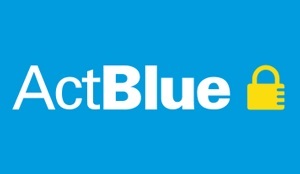 Is the fundraising service ActBlue passing Black Lives Matter donations to the Democratic Party? Not quite—but that misses the real story about the Left’s billion-dollar “dark money” machine.

One story from last week is how activist groups are capitalizing on the recent Black Lives Matter (BLM) protests and far-left riots to raise millions of dollars from sympathetic donors. The website BlackLivesMatter.org, which purports to be the center of a more-or-less headless and decentralized movement, recently reported a major uptick in donations since protests began over the death of George Floyd. Multiple conservative pundits have noted that the donation page on BlackLivesMatter.org redirects to a page run by ActBlue, which is also the name of a political action committee (PAC) that collects funds for Democratic Party campaigns, and so the pundits assumed that donations to BlackLivesMatter.org benefit Democrats such as Joe Biden and the Democratic National Committee (DNC).

So what is ActBlue, anyway?

As InfluenceWatch explains, ActBlue is a service for left-wing groups and Democratic politicians to fundraise without setting up an online donation infrastructure themselves. Money passes through ActBlue to the ultimate recipient and ActBlue collects a fee as payment. This also has the added effect of obscuring the ultimate recipient, since money passing through ActBlue looks like a donation to ActBlue—not to, say, Black Lives Matter. 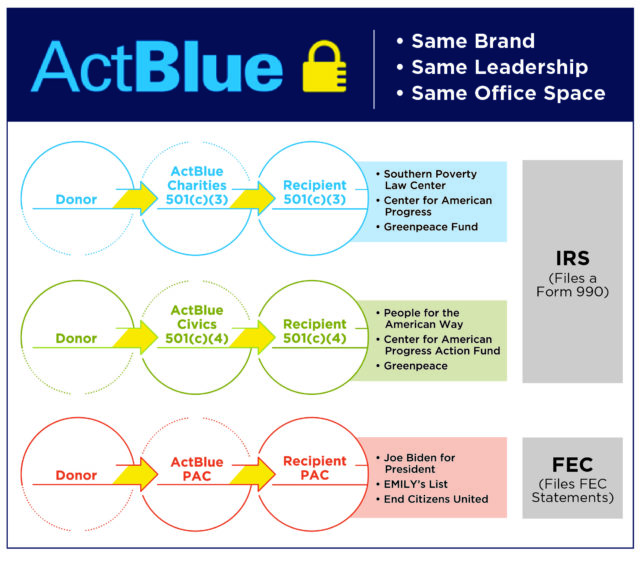 Hundreds of groups ranging from left-leaning to far-left use this platform, funneling an incredible $1.5 billion into political causes so far in the 2019-2020 election cycle. Its proved so successful that it spawned a conservative analogue, WinRed, which has raised $235 million for Republicans in the same period.

But the trick to ActBlue is understanding that it’s a single brand encompassing 3 separate nonprofits: a 501(c)(3) called ActBlue Charities, a 501(c)(4) called ActBlue Civics, and a PAC (also called a “527”) simply called ActBlue. These groups all share leadership and office space but are legally distinct entities.

Disclaimer language at the bottom of BlackLivesMatter.org’s ActBlue donation page indicates that funds are processed through ActBlue Charities, the 501(c)(3) arm, so donations are tax-deductible. Similarly, left-wing advocacy groups such as Demand Justice fundraise through ActBlue Civics, the 501(c)(4) arm, while Democratic PACs and campaigns fundraise through the ActBlue PAC. 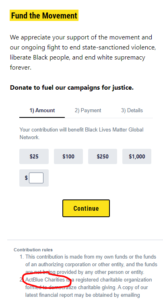 Here’s the bottom line: these are three money “pots” which don’t spill over into each other. Money raised by a 501(c)(3) cannot be donated to a PAC or campaign; that would violate laws governing nonprofits and elections.

The real story missed by the media and pundits is far more disturbing.

But nearly all the money ActBlue Charities and ActBlue Civics paid out is reported generically in one lump, as “passed-through contributions”—meaning those ActBlue nonprofits don’t have to disclose which groups they passed money to or how much each group received in total.

Other nonprofits largely function as pass-throughs, but they normally report the end-recipient of the money flows. I’m not aware of any other nonprofits that hide that lumping everything into the generic expense of “passed-through contributions” the way ActBlue does. In fact, I wonder if any reporter has ever asked ActBlue Charities and ActBlue Civics if the IRS has explicitly okayed their highly convenient non-reporting?

By contrast, nonprofits such as the Tides Foundation and DonorsTrust—pass-through funders for liberal and conservative causes, respectively—attach a list of grant recipients to their Form 990 (on the Form’s “Schedule I”).

To take just one of the ActBlue groups, here’s the text from ActBlue Civics’ latest Form 990 describing that program:

Who are those 649 groups ActBlue Civics paid in 2018? That’s impossible to answer since it doesn’t report its paid grants. The same is true of ActBlue Charities. All the tens of millions of dollars a year in cash funneled into public policy debates by these two groups are cloaked in total darkness.

And note that the ActBlue Civics boast—$46 million contributed by 228,045 donors—works out to an average contribution of over $200. Guess what? The $200 line is where the Federal Election Commission requires political campaigns to report individual donors, so had those donors instead given directly to candidates, their contributions would be publicly known.

(The ActBlue PAC maintains an online directory of clients but does not report how much they’ve received via ActBlue’s platform. It likely reports those clients because the Federal Election Commission requires such an accounting anyway.)

And keep in mind that the original definition of “dark money” was money flowing through 501(c)(4) groups, since they’re not required to disclose their donors. Yet ActBlue Civics brags about the $46 million in “dark money” it funneled in 2018, without criticism from the biggest “dark money” hawks in Congress, such as Sen. Sheldon Whitehouse (D-RI). In fact, Whitehouse’s 2018 reelection campaign still accepts donations via ActBlue!

Where’s the hue and cry from the liberal money-in-politics crowd when it’s most deserved? The Left’s most consistent principle seems to be hypocrisy.