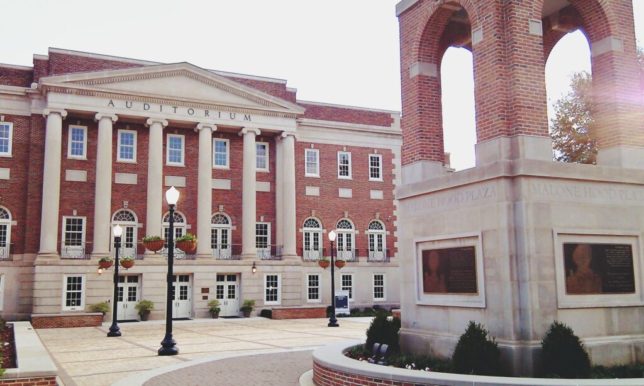 This article originally appeared in Philanthropy Daily on June 27, 2019.

On June 7, the Washington Post published an op-ed by Hugh F. Culverhouse Jr., a wealthy Florida real estate developer who announced that the University of Alabama was returning his $26.5 million donation and taking his name off of the law school because of his opposition to the restrictive abortion law passed by the state legislature.

“I am an independent—not a Democrat or a Republican,” Culverhouse declared.[1] “But taking away a woman’s right to make decisions about her own body isn’t about politics, either; it’s an act of oppression.” He added that by returning the gift, “administrators have sent a message to young women that their agency is not respected or valued.”

The Washington Post’s readers put down their kale smoothies and collectively hissed at the reactionaries in Alabama. But the University of Alabama did something very smart. They released a series of email exchanges between school officials and the donor, which show, in the university’s words, that the decision to return Culverhouse’s money “was never about the issue of abortion. It was always about ending the continued outside interference by the donor in the operations of The University of Alabama School of Law.”

It should be noted that Culverhouse was a second-generation donor to the University of Alabama. His father, Hugh Culverhouse Sr., best known for his ownership of the Tampa Bay Buccaneers, donated $10 million to the school, which named its business school for him.

Culverhouse says the University of Alabama was “covering its ass” by releasing the emails and that the emails were “doctored.” He has not, as far as I know, released “undoctored” versions or questioned the emails’ authenticity.

The first email from Culverhouse is dated May 17 to law school dean Mark Brandon. Culverhouse explains that he was consulted when Alabama was looking for a dean for the business school and was happy when they picked his candidate, Kay Palan (whose name he misspells). He then says, “You have a ratio of teacher/students that is ridiculous and you need to increase the student body or reduce teachers and support staff. I would ask you to include me as I am the biggest donor and I have a certain set of skills that can help.”

Brandon privately told his colleagues that Culverhouse doesn’t understand the economics of running a law school. On a second issue, picking a professor to be the Culverhouse Chair of Constitutional Studies, “I’m happy to involve him, solicit advice, and get recommendations and preferences. But we’ll be in trouble with accrediting bodies—and vulnerable in the various courts of public opinion—if we are ceding responsibility for choosing chair-holders (or any tenure-line faculty) to non-academics.”

One day later, Culverhouse sent an email, proposing a woman (whose name is redacted) to be a recruiter. He also asked to see the plans for a proposed law library so he could give advice. Finally, Culverhouse writes that when he comes to the school in the fall, “I wanted to come by the school and just wonder (sic) about. I would like to pick a class and sit in the back. I don’t need anyone to accompany me, guide me, and certainly not to restrict me (unless there is a test). I do not like restrictions and have never met them on campus, except at the law school.”

Brandon then sends an email to his colleagues, saying that he doesn’t think Culverhouse’s candidate is a good one, and he wouldn’t want to hire someone “whose institutional loyalty is suspect.” Brandon is also aghast about having Culverhouse monitor classes “without the professor’s prior express consent” and that it wouldn’t be right for Culverhouse to visit classrooms given “Hugh’s professed desire to fire ten professors.”

On May 23, Mark Brandon forwarded a list of the five finalists for the Culverhouse Chair in confidence. Culverhouse’s response was to erupt.

“I should have been involved and informed as this process proceeded,” Culverhouse wrote. After discussing how “my life has been involved around lawyers—trial lawyers, businessmen, investors, land developers, etc.” Culverhouse then discusses the law schools he’s worked with in his career. He then concludes:

“I live in a large world. You live in an insular place. You do not truest [SIC] others. Everything is a secret. The workings and plans of the school should be secret, but being friends with lawyers and staff adn [SIC] presidents from other schools is helpful. I want to talk next week and go over every candidate, but your actions have resulted in my not giving any further gifts to Alabama and yesterday, I removed Alabama as a beneficiary from my will/trust.”

Most of the remaining emails are staff apologizing to Culverhouse and the donor demanding his money back and then demanding that the university not publish the emails.

One final point comes from an email Culverhouse wrote on May 25. “I wanted a renowned Constitutional law professor,” Culverhouse wrote to University of Alabama president Stuart Bell. “Someone to make waves.” He then claimed that Mark Brandon picked the candidates for the Culverhouse Chair because he was “a small town, insecure dean. The outside world frightens him.”

One final point comes from a Washington Post op-ed by University of Alabama law professor Ronald Krotoszynski, who noted that one of Culverhouse’s demands was that the law school double its size from 125 graduates a year to 250. But Krotoszynski notes that demands for lawyers have fallen, in part because many low-level jobs once handled by associates are now done by computers and reviewed by lawyers trained in America and working overseas. “Law schools should be given credit, not blame, for considering seriously whether our graduates will enjoy robust professional opportunities after they graduate,” Krotoszynski writes,

What can donors and colleges learn from the Culverhouse episode?

First, the issue of abortion is a smokescreen that played no role in the arguments Culverhouse had with the University of Alabama.

Second, the hiring and firing of faculty is a bright line that no donor can cross. Donors should realize that they can have no say in hiring professors.

Third, Culverhouse should have realized that just because he put up a lot of money for an endowed chair that the money could not buy talent. Maybe the big name constitutional law professors were happy where they were. It’s also plausible that the finalists for the chair were the most qualified ones willing to move.

Fourth, the University of Alabama did a poor job in communicating with their most generous donor. The school was right to say that Culverhouse couldn’t just walk into classes unannounced. But why couldn’t they ask professors if Culverhouse could sit in? Why couldn’t there be a day where Culverhouse observes three classes, gives a talk in the afternoon, and then hangs out at a coffeehouse with students?

Universities have to figure out how to have donors involved in giving while making sure that academic freedom, which includes the power to hire and fire, is respected. I’m glad that the University of Alabama published their correspondence with Hugh Culverhouse, but the emails show they did a poor job in dealing with a very generous—and verydemanding—donor.