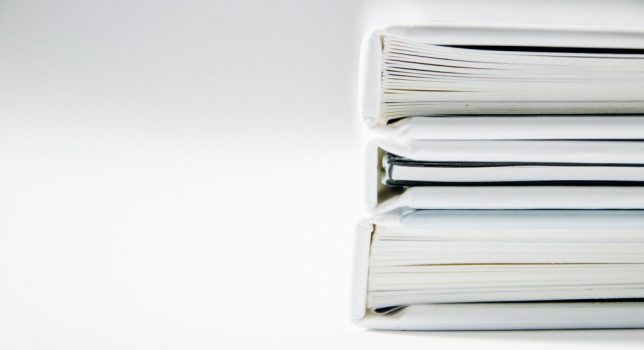 If I keep returning to the issue of occupational licenses, it’s because many of the excesses enacted by regulators are morally wrong. Far too often, licensing agencies act to block people who have new ideas and who want to create their own businesses from succeeding in their chosen trade.

Anastasia Boden,[1] a lawyer with the Pacific Legal Foundation (a leader in the effort to reform occupational licensing) offers an illustrative example in thisWashington Post piece where she describes the Arizona State Board of Cosmetology. She explains that a cancer survivor had the idea that homebound women might like to employ cosmetologists. This woman set up a business where she would act as a dispatcher, sending cosmetologists to people’s homes.

The Arizona cosmetology board demanded that the woman obtain a salon license and have a physical space for a salon, even though her clients were women who, because of illness or other reasons, didn’t leave their homes. The same board also cracked down on a cosmetology student who was giving free haircuts to the homeless, on the grounds that she was practicing cosmetology without a license.

A second example of licensing abuse comes from a Weekly Standard article by Steven E. Rhoads, an emeritus professor at the University of Virginia. Rhoads explains that he has had two back operations and had a knee operation with 70 percent recovery. He did everything his physical therapist told him to do, but his knee and other arthritis “still left me unable to get the aerobic exercise that my cardiologist said I needed.”

Then at his health club he discovered a woman he calls “Joy,” who started doing a form of massage called “myofascial release,” which reaches deep into the body to help heal hard-to-reach muscles and fascia. Consumer Reports says that myofascial release is a better way to deal with arthritis pain than over-the-counter pain medications, acupuncture, and chiropractors.

Rhoads felt better and his wife, who also used Joy’s services, felt better. But one day Joy told them she couldn’t practice massage anymore because two massage therapists had complained to the state licensing board.

In order to practice her trade, she would have to spend $12,000 and undergo 750 hours of training, even though only 12 hours of the 750 is devoted to myofascial release. Joy has a master’s degree in exercise physiology, and took semester-long classes in anatomy and physiology at the University of Virginia hospital.

Finally, in this Reason article, reporter Eric Boehm looks at the problems veterans entering the civilian labor force have in dealing with occupational licenses. He found that the problems vets have in dealing with licensing laws are so bad that three women never known as foes of excessive regulation—Michelle Obama, Jill Biden, and Sen. Elizabeth Warren—were outraged by the excesses of licensing bureaucracies.

Boehm begins with the story of Eric Smith, who did two tours of duty in the Middle East between 2003-09. He had been a Navy medic for a platoon of Marines. When not in combat, Smith and three other soldiers oversaw a 20-bed intensive care unit. But when he was discharged, he found that he could not be a paramedic or emergency medical technician because licensing boards said his military training counted for nothing. He did day labor work and finally got a job in a hospital—as a janitor. “My military education and training did not translate because I didn’t have a piece of paperwork saying so,” Smith testified before the Senate Veterans Affairs Committee in 2011.

In 2011, Congress, thanks in part to lobbying from Michelle Obama and Jill Biden, passed the Veterans Opportunity to Work to Hire Heroes Act (VOW) to try to cut some of the occupational licensing red tape. A year later, Congress passed another bill that said that federal agencies had to recognize military training while hiring veterans. But since occupational license regulations are written by the states, not the feds, this law had little effect on all the roadblocks states create to prevent veterans from getting hired.

Consider truck driving. Surely someone who drove trucks in the military is qualified to drive trucks in civilian life?

Finally, there is an issue of military spouses who can’t transfer their licenses from one state to another. As I noted in this past Philanthropy Daily piece, the Obama White House issued a good report in 2016 that noted this licensing problem and called on states to do a better job in accepting out-of-state licenses from nurses and other state-licensed professions.

What should be done? Of course, we want qualified EMTs and paramedics, but it seems to me that being a paramedic in the military might provide eighty percent of the skills for what is needed to be an EMT in civilian life. Why don’t licensing boards give veterans a chance to show what they know? The idea that driving a truck or being a medic in the military is worth nothing in the civilian marketplace is not only a restraint of trade, but a disservice to the military, which does a very good job in training people.

As for cosmetologists and massage therapists, one should ask what business it is of the state to regulate these trades? If the service provider does a poor job, they won’t be hired again. Isn’t that a better way to ensure good service than some inane regulatory requirement?

“An enormous number of people in manifold occupations,” Steven E. Rhoads concludes, “seek to improve human health and well-being without medication, injection, or surgical incisions. It’s mad to stop them from doing so…We consumers can tell who makes the pain go away. And through word of mouth, those practitioners who make the pain go away will eventually prosper.”

Philanthropists and foundations seeking to help improve people’s lives, to encourage entrepreneurship, and re-vitalize local economies would do well to pay attention to the real stories behind occupational licensing laws.

[1] I’ve discussed Boden’s work in an earlier Philanthropy Daily article about how moving companies use “certificates of necessity” to block competitors from entering a state.