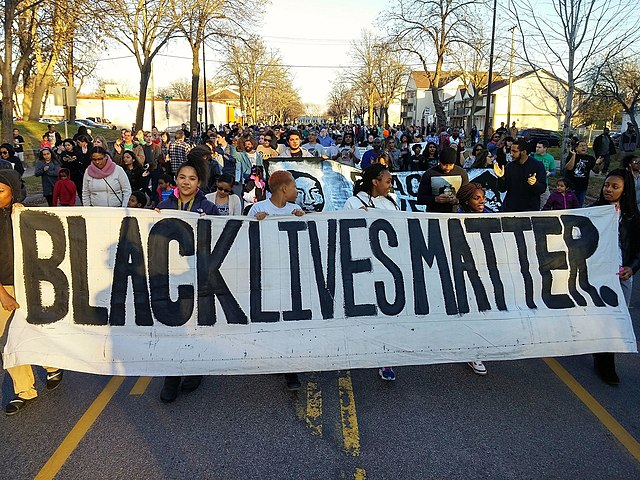 This is the first part of a two-part series on the organizational restructuring of Black Lives Matter. Read the second part here.

It will soon be one year since the Black Lives Matter movement became—alongside the COVID-19 pandemic and the presidential election—one of the dominant American sociopolitical stories of 2020. In June of that year, in response to public confusion over the movement’s structure, the Capital Research Center (CRC) published a special report on “The Organizational Structure of Black Lives Matter.”

While the Black Lives Matter movement as a whole remains focused on largely unchanged issues—particularly policing and other criminal justice topics—these two organizations have undergone some fairly significant transformations in a short period. In fact, the changes have been so significant that much of what CRC explained in our June report is no longer especially applicable. Accordingly, CRC is updating that report for 2021 to chronicle these changes and relate the most current available information on the organizational restructuring of Black Lives Matter. 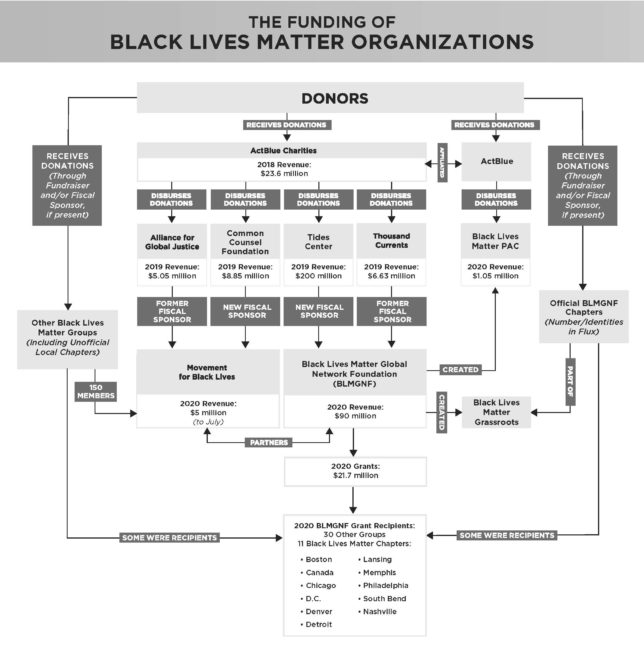 Formed in December 2014, the Movement for Black Lives is one of the principal national organizations associated with the broader Black Lives Matter movement. It functions as a coordinating coalition of groups with similar purposes and objectives. Its donate page and Twitter account both claim over 150 constituent members. The Black Lives Matter Global Network Foundation also identifies it as a partner organization.

The Movement for Black Lives is not a standalone nonprofit, but rather a fiscally sponsored project. This means that it can use its sponsor’s tax-exempt status to accept donations. Sponsors also typically provide a number of administrative services to their projects and are responsible for certain forms of oversight. They usually charge a fee for this, which generally ranges between 5 percent and 10 percent of the project’s funds.

The Movement for Black Lives began 2020 as a project of the Alliance for Global Justice, a 501(c)(3) nonprofit perhaps most notable for sponsoring a number of far-left to radical-left projects including the Venceremos Brigade, Refuse Fascism, and Popular Resistance. Indeed, the Alliance for Global Justice prides itself on sponsoring “the groups that no other fiscal sponsor will take on.” The Movement for Black Lives has itself attracted considerable controversy over some of its radical policy positions, which include anti-capitalism, the abolition of police and prisons, and “a radical realignment of power.”

In early 2021, the Movement for Black Lives website began identifying it as a project of a different 501(c)(3): the Common Counsel Foundation. It still uses the fundraising services of ActBlue Charities—yet another separate 501(c)(3) nonprofit—to process donations on its website, which are then routed to its fiscal sponsor. Why the Movement for Black Lives switched to the Common Counsel Foundation isn’t immediately clear, but it could have been simply for logistical reasons.

The Alliance for Global Justice currently lists approximately 70 sponsored projects on its website, although on another page it claims to sponsor as many as 130. The Common Counsel Foundation lists just four, including the Movement for Black Lives. It’s conceivable, though of course speculative, that meeting its obligations as fiscal sponsor became a significant burden for the alliance in 2020. Only halfway through the year—by July—the Movement for Black Lives had reportedly raised $5 million, nearly double its 2019 revenues and about equal to the 2019 revenues of the entire Alliance for Global Justice.

Comprehensive data on organizations that funded the Alliance for Global Justice in 2020—potentially including notations as to whether those funds were specifically earmarked for the Movement for Black Lives—will not be available until all IRS Form 990s for 2020 are publicly available. That is often 12 to 18 months after the end of the given nonprofit’s fiscal year. For its own part, the alliance’s most recent Form 990 covers only the period ending March 31, 2020, which would not reflect any revenues received on behalf of the Movement for Black Lives after the killing of George Floyd on May 25 of that year.

Read the second part of this series here.