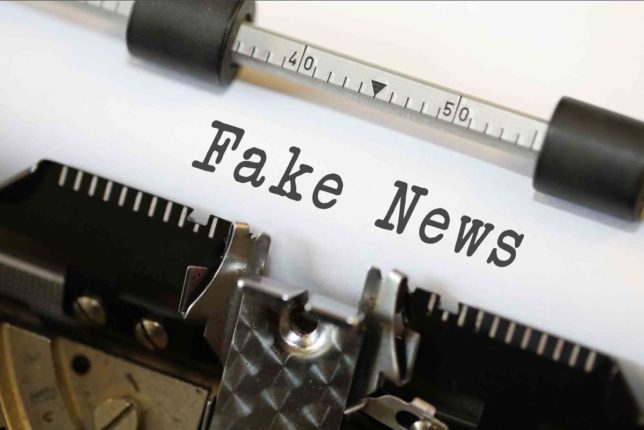 Carlos Maza, the Vox journalist at the center of the latest tech censorship controversy earlier this month, has a series of videos named “Strikethrough” in which he analyzes media bias “in the age of Trump.” In one Strikethrough video, Maza alleges that the Left does not have an ideological media company like Fox News—a “propaganda machine,” as he puts it—so the Left ends up covering conservative narratives from a neutral perspective, inevitably weakening the Left’s power over the political conversation and forcing them to always be on the defensive.

For the sake of brevity, ignore Maza’s eyebrow-raising claim about major media companies are neutral. Focus instead on the idea he implicitly articulates: left-wing journalists and media organizations, so the argument goes, are naturally grassroots efforts led by regular people from all over the country who independently come to the same conclusions about politics. Conservative ideas, on the other hand, are so unpopular that there could never be right-leaning grassroots news sources—only a top-down propaganda machine that convinces working class people and provincials to vote against their interests.

But when you look at the sort of “grassroots” liberal media pundits favor, a curious pattern develops: many of these smaller and more locally focused news organizations bear a striking similarity to a top-down news organization.

For example, The Newsroom is not all that it appears to be. The Newsroom is a news network that links together several media outlets (namely Arizona Mirror, Maine Beacon, Colorado Independent, Florida Phoenix, Maryland Matters, Michigan Advance, North Carolina Policy Watch, Nevada Current, Pennsylvania Capital-Star, and Virginia Mercury) to cover news at the state level.

According to the Newsroom’s website, The Newsroom’s founders were inspired by an increasing amount of national news coverage and a decreasing amount of coverage of state news, which leaves “a void that is too often filled by partisan or unreliable sources.” To counter these “partisan” sources, Newsroom vows that their media outlets “provide the relentless stream of quality reporting and commentary that helps sustain a vibrant democracy.”

While the organization’s ideals are aspirational, each of the local media outlets are awash with left-wing angles and opinion pieces. For example, the Arizona Mirror has a cartoonist who routinely attacks Trump and Arizona’s Republican governor Doug Ducey; the Maine Beacon’s staff  podcast is a strategy session about how Maine Democrats can further their agenda; and the North Carolina Policy Watch has a blog called “Pulse,” which pumps out tons of progressive policy suggestions for the state government to adopt and critiques of the state’s various existing policies from a left-wing perspective.

Most of these outlets are staffed by average local-news type journalists—some of their higher-up staff members, however, are more connected. Laurie Zeller is the publisher over at Colorado Independent, another affiliate of The Newsroom. Zeller has significant connection to the Democracy Alliance, a large and wealthy collective of leftist donors in Washington, even working as the executive director of its Colorado branch in 2008.

Rob Schofield, the Director of Research at North Carolina Policy Watch, worked as lawyer for left-wing legal nonprofits like the Migrant Legal Action Program and the American Civil Liberties Union of Illinois. Curiously, Newsroom itself, the administrative nonprofit, which unites these media outlets together, is operated by several alumni of North Carolina Policy Watch and its blog, Pulse.

Chris Fitzsimon, Newsroom’s director and publisher, is also the founder and director of North Carolina Policy Watch. He has led a career in left-wing politics, as the former director and founder of the now-defunct Raleigh-based progressive think tank known as the Common Sense Foundation and as former policy adviser to congressman Dan Blue (D-NC).

The further up one goes, the less the Newsroom and its affiliates seem like a loose coalition of rebels. Since July 2018, the Virginia Mercury bought two dozen Facebook ads promoting the publication’s articles.  But, if one digs around a little bit more, they will quickly find that the Hopewell Fund is the funder behind it all: Virginia Mercury itself is a project of Hopewell Fund, not a separate organization, and every media outlet said to be affiliated with Newsroom is directly connected to Hopewell. Some of them are even funded by Hopewell, like the Arizona Mirror.

The Hopewell Fund is a 501(c)(3) nonprofit organization based out of Washington, D.C. Created in 2015, the Hopewell Fund is the newest pillar of Arabella Advisors, which manages a huge “dark money” network in the capital. Despite its youth, Hopewell pulled in a revenue of $130.6 million in 2017.

Hopewell funds other left-wing organizations as well. In 2017, it gave about $5 million to the Priorities USA Foundation, the nonprofit extension of the Democratic Party super PAC Priorities USA, which is funded by major Democratic donors like George Soros, Fred Eychaner, and Donald Sussman.

The major funders of the Hopewell Fund are all wealthy, left-leaning organizations: the Susan Thompson Buffett Foundation, Rockefeller Brothers Fund, the John S. and James L. Knight Foundation, Nduna Foundation, Imago Dei Fund, and the Catesby Foundation. (Some of these foundations fund several other “journalistic” outlets as described by CRC’s Michael Watson’s here.)

The Newsroom and its affiliates claim to be “independent” from Hopewell Fund’s direction and guidance, but their political message is 100 percent in line with the other sort of political nonprofits that receive Hopewell funding. If any of these media outfits were to change their political ideologies, it seems unlikely that they would continue to be eligible for membership with Newsroom or for financial support from Hopewell.

So, in one sense, Carlos Maza is right: the Left doesn’t have a Fox News. Instead, it has a more subversive and misleading system of “newsmakers”—The Newsroom is only one among many.