The “New” Left: The Curious Case of Kurt Stand 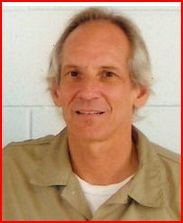 Karl Marx thought of socialism as a way station on the road to the supposed utopia of communism. Another way to think about it is socialism as pre- or proto-communism. Socialists and communists all want government or the collective to be master. They are in the same ideological camp and tend to believe that the ends justify the means. In ideological terms, there is no bright line or safe harbor that neatly separates socialism from communism. They overlap and blend into each other.

Communism, according to Marx, was a kind of heaven on earth. He argued that human beings could be changed and made to reject their natural, self-interested, family-oriented impulses. When this happened, everything would supposedly change for the better. People would voluntarily work hard for a society filled with abundance, so there would be no need for governments, taxes, armies, police, courts, and jails. In such a society the principle of “from each according to his ability, to each according to his need” would prevail.

But before this (impossible) idealized condition can be achieved, there has to be socialism. The government steps in on behalf of the people and imposes what some call “economic democracy,” theoretically giving workers control over their workplaces.

Socialism isn’t “democratic” in the sense Americans understand the term. In normal U.S. parlance, democracy describes the way the governmental sector is governed via free elections. It isn’t a term to describe how private institutions govern themselves. A mother can’t be out-voted by her three children demanding ice cream for breakfast, nor should a businesswoman who hires three workers be outvoted by them when the question of salaries arises. The American idea of democracy, in short, limits government; it doesn’t drag it into every nook and cranny of our lives. By contrast, socialism leads to tyranny, whether it is imposed by a violent mob or by voters in an election.

Yet DSA leaders typically go out of their way to insist that there is a significant difference between old-style Soviet-era socialism and their own brand of what they call “democratic socialism.”

Their own statements suggest they’re being less than forthright on the issue. For example, DSAer Alexandria Ocasio-Cortez had difficulty explaining the purported difference on ABC’s “The View.”

“Do you think that the future of the Democratic Party is socialism?” co-hostess Meghan McCain asked the candidate.

When McCain pressed, Ocasio-Cortez had difficulty elaborating on the supposed distinctions between socialism and democratic socialism. “That’s what I believe,” she said. “I can understand that there may be some divisions. You know, I don’t think people wake up in the morning and say, ‘I’m a capitalist!’”

But not all DSAers are so reluctant to make a distinction.

There is the case of former labor union representative Kurt Stand, a DSA member who, in 1998, was convicted of conspiracy to commit espionage, attempted espionage, and illegally obtaining government documents on behalf of the former German Democratic Republic, also known as communist East Germany, and the former Soviet Union. Stand began spying in the early 1970s after being introduced to Stasi (East German intelligence) officers by his father, a communist sympathizer who fled Nazi Germany years before.

Stand’s father may have introduced young Kurt to communism early, but the son was an avid student of Marx. In his youth he was a member of several radical socialist movements, including the Young Workers Liberation League, the youth wing of the Communist Party of the U.S. (CPUSA). He joined the DSA in 1983, not long after it was formed and served in local and national leadership capacities through 1997, when he was arrested by the FBI for his activity with East Germany and the USSR.

“I did not see the communist movement as an end in itself, capable of answering all questions, but I did feel it provided a way to discuss where all this activity was leading; a way to be not just against, but also for something,” Stand said years later.

From prison in 2008, Stand wrote an essay titled, “Supporting Barack Obama: A Prison-Eye View of the Presidential Campaign.” He expressed some skepticism about Obama’s bona fides but urged his comrades to support the then-Illinois senator’s presidential bid. “In sum, radicals and progressives ought to join those—including those in prison—who have already decided to back Obama, see where the campaign can take us, see what can then be accomplished.”

Despite his track record of domestic subversion on behalf of the nation’s foreign Communist enemies, and without any notable public renunciation of his role in aiding a dictatorship in conflict with this country, DSA’s chapter in Metropolitan Washington, D.C., welcomed Stand back into the group, according to Trevor Loudon’s KeyWiki website.

At the local group’s May 2015 membership meeting, Stand was elected to its steering committee. That same year, Stand canvassed on behalf of DSA member and presidential candidate Bernie Sanders.

If Metro Washington DSAers aren’t bothered by Stand’s past, then perhaps they, too, don’t see much difference between their brand of “democratic” socialism and the socialism of East Germany and the Soviet Union.

In the conclusion of The “New” Left, reconsider how divergent the DSA is when conpared to the mainstream Democratic Party.