The Ivory Spires of the SPLC “Poverty Palace” 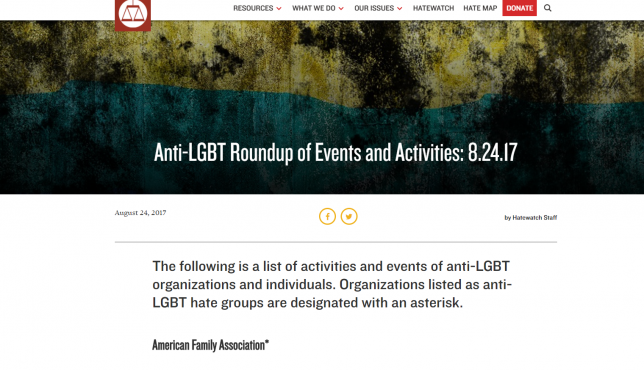 SPLC tax forms from 2014 reveal that in one year, the 501(c)3 nonprofit transferred nearly $5.5 million to multiple bank accounts in the Cayman Islands, the British Virgin Islands, and Bermuda. The bulk of these financial transfers occurred on March 1, 2015, in which two separate transfers were made to two accounts at the same address in Canana Bay, Cayman Islands.

The SPLC pays its staff surprisingly well. In 2015, the organization spent $20 million on salaries, but only spent $61,000 on legal services. This, despite boasting of a staff of 75 lawyers for the purpose of litigating on behalf of “children’s rights, economic justice, immigrant justice, LGBT rights, and criminal justice reform.” The minimum it paid officers, directors, trustees, or key employees, in base salary in 2015 was $140,000—this in Alabama, a state where the mean salary for religious and education directors (which includes private school principals) was $40,820 in 2015. SPLC president and CEO Richard Cohen was paid $346,218 in base compensation, while SPLC founder and chief trial counsel Morris Dees earned $329,560 in compensation, and $42,000 in additional reportable non-taxable benefits.

While the SPLC began with a legitimate mission to tackle hate groups such as the Ku Klux Klan, it proved so successful that it effectively ran out of hate groups. Seeking a new mission (and source of funding), the group evolved into a far-left outfit intent on smearing any group which disagrees with them as a “hate group.” Because of its history, the SPLC enjoys a reputation with the mainstream media as self-styled hate group experts that it no longer deserves. After the riots in Charlottesville on August 12, CNN ran a wire story entitled: “Here are all the active hate groups where you live.” The story included a map with 917 organizations that the SPLC considers hate groups, including mainstream, conservative, pro-family organizations like Family Research Council (FRC) and the Ruth Institute.

On August 31, the Ruth Institute, a nonprofit that focuses on the impact of family breakdown on children, received an email from the payment processing company, Vanco, announcing that the institute would no longer be able to use the company’s services because it had been “flagged” for promoting “hate, violence, harassment, and or/or abuse.” Dr. Jennifer Morse, founder of the Ruth Institute immediately checked her organization’s website and found the donation feature already disabled. Morse said,

The corporate left is out there doing what they do and I can’t stop them—they’re going to do what they do with their power.

I think it’s convenient strategically and rhetorically for groups like the SPLC to stand me up next to a guy with a swastika and white hood, because then nobody has to listen to what I have to say. Rather than argue with me—or, you know, try to say ‘gee you’re wrong’—rather than have that conversation about why kids need their parents, they just dismiss the whole thing by putting me and Tony Perkins (president of the Family Research Council) in a lineup with guys in white hoods and then they don’t have to deal with it.

The attempt by SPLC to silence conservative critics on issues such as gay marriage by lumping them in with legitimate hate groups can have potentially fatal consequences. Floyd Lee Corkins II, who shot an unarmed security guard at the FRC in 2012, claimed to be on a mission to kill “as many people as possible.” He claims to have identified the FRC as “anti-gay” based on information from the SPLC’s website.

Since the Charlottesville riots, millions of left-leaning American citizens and companies have sought to express their displeasure toward racial intolerance by donating to anti-racist organizations. Unfortunately, because the SPLC masquerades as a legitimate anti-hate group, the riots have proven to be a donation boon for the organization. For example, Apple CEO Tim Cook told employees that the company would be donating $1 million to the SPLC and would match employee contributions two to one. JP Morgan Chase promised to pay $500,000 to the SPLC’s “work in tracking, exposing, and fighting hate groups and other extremist organizations.”

With millions in donations covering its generous pay scale and plush off-shore accounts, the SPLC is set to continue its war against charities that disagree with its radical ideology.

To learn how the SPLC lost its way and began propagating the very hate it was created to fight, see our short video here: