The Importance of that First Grant 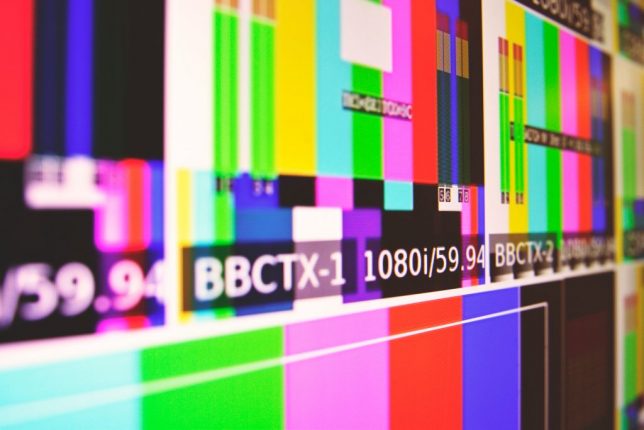 This article originally appeared in Philanthropy Daily on August 17, 2018.

It should be a law of philanthropy that the first grant is more important than the last one. The donors who see a struggling but worthy operation and give it the initial grant that stabilizes operations can make a more significant transformation than the donor who adds money to a college endowment.

The Heritage Foundation, for example, will always be grateful to Joseph Coors for giving it a crucial $500,000 grant in 1973, when Heritage was very small and it was hard to raise money because of the bear market of 1972-74. In the art world, both Peggy Guggenheim and Albert C. Barnes gave small grants to artists who turned out to be great ones. Both Guggenheim and Barnes were some of the art world’s best talent spotters.

Similarly, we should respect a $4,000 grant that Paul Simpson gave to Vanderbilt University in 1968. That grant enabled Vanderbilt to create the Vanderbilt University News Archive, which began operations on August 5, 1968 in the library’s rare book room. Ever since then, the archive has had a simple, but vital, task: it records the nightly news shows on NBC, ABC, and CBS as well as an hour a day of news on Fox and CNN. And it makes these shows available to researchers. Vanderbilt historian Thomas Alan Schwartz writes about the history of the archive in this post for The Conversation.

As Schwartz explains, Paul Simpson was a conservative. He wrote to CBS in 1964 complaining about Walter Cronkite’s bias against Republican presidential candidate Barry Goldwater. As Schwartz notes, Simpson’s complaint had some merit, since Cronkite “did detest Goldwater and was liberal in his politics.”

Simpson continued to complain about the news, in particular, a 1967 network interview with psychologist Timothy Leary that he was convinced was designed to persuade young people to take drugs.

One day in March 1968, he was in New York and went to the networks asking to see a broadcast from the previous month. NBC, ABC, and CBS gave him the same answer: they didn’t preserve their broadcasts because the costs of recording tape were too expensive. After two weeks, the tapes were wiped and recycled.

The network’s practices were typical of the time. Look up the Wikipedia entry for “lost television broadcasts” and you’ll find many shows from the 1950s and 1960s have vanished, including the first ten years of “Jeopardy,” the first five years of “The Tonight Show,” and Super Bowl II. Indeed, nearly all of the “CBS Nightly News” broadcasts from the time Walter Cronkite took over in 1962 until Vanderbilt started recording in 1968 no longer exist.

Simpson’s solution was to record the network news broadcasts for posterity.

As he explained in this 1985 interview with C-Span, he went to Vanderbilt because he was an alumnus and he lived in Nashville. The people he spoke to with his idea—librarian Frank Grisham and the school’s chancellor, Alexander Heard—were liberals, but they supported the idea that television news broadcasts ought to be preserved. (Grisham knew Simpson from Rotary Club meetings.) They agreed to a three-month experiment in the hopes that the Library of Congress would take it over.

What saved the project was the Democratic National Convention of 1968. Remember that that convention had a great many violent protests between activists and the police. Simpson was convinced that the network shows were out to get the cops. He found that NBC had filmed the violent arrest of one protester three times from three different angles, and made it appear that three different people were subject to police brutality.

Simpson argued that the only way to hold the networks accountable was to have a record of their broadcasts. According to Schwartz, “two conservative Nashville business executives,” one of whom was a Vanderbilt University trustee, “made substantial donations to keep the archive functioning.” (Schwartz does not name the two donors.)

In 1969, Simpson sent a copy of the NBC show displaying the protester arrested three times to White House speechwriter Patrick Buchanan, who then forwarded it to Vice President Spiro Agnew, who mentioned the tape in a 1969 speech denouncing the media.

“Another network,” Vice-President Agnew declared, “showed virtually the same scene of violence from three separate angles without making it clear it was the same scene.”

The networks didn’t like the criticism from the public, and they feared that they couldn’t resell their footage, because people who wanted to use it could get it from Vanderbilt for free. So in 1973 CBS sued to have the Vanderbilt archive closed because they said the school was violating their copyright. They said if they won they would destroy the Vanderbilt tapes.

Sen. Howard Baker (R—Tennessee) spearheaded a change in the copyright law that allowed libraries to record broadcasts without violating copyright. But there are still restrictions. The archive was digitized about 15 years ago, but only NBC and CNN allow their broadcasts to be streamed for researchers. If you want clips from ABC, CBS, and Fox, the archive has to make a DVD for you, which is considered a loan that has to be returned.

Over the years, all sorts of people have used the Vanderbilt University News Archive. The interest in the archive is more than political. People studying television advertising, for example, examine the commercials that have been preserved. As the Vanderbilt University podcast “News Knowledge” notes, one woman came to Vanderbilt because her son was killed in Vietnam and she had heard that network news had filmed his corpse lying on the ground. The archive was able to confirm that this was true and allowed the mother to see her son’s body.

The Vanderbilt University News Archive has done a great deal of good in the past fifty years. But it wouldn’t have existed without Paul Simpson’s initial $4,000 grant, which is another example of how small, early donations have lasting consequences.