The Ford Foundation, the 1967 Cleveland Mayoral Election, and the 1969 Tax Reform Act

Examining the origin of some of the official lines, at least as originally drawn, between charity and politics. 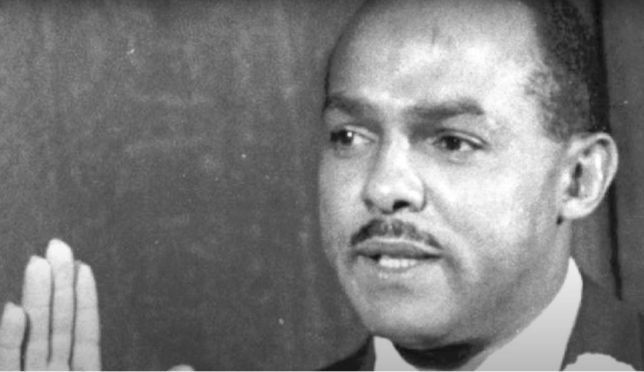 The origins of much of American nonprofit tax law’s lines between philanthropically supportable charity and politics lie in a controversial July 1967 Ford Foundation grant to the Congress of Racial Equality (CORE). The grant and its aftermath spurred the drawing of lines that still exist, whether stringently observed or not.

According to the Ford Foundation’s 1967 annual report, “CORE received $175,000 for activities in Cleveland—a voter registration drive and training of Negroes in community improvement activities in education, jobs, and police relations.”

There was a closely contested mayoral election in Cleveland that November. Its predominantly African-American neighborhood of Hough had been torn by violent riots the year before. The tax-exempt Ford Foundation, under its new president McGeorge Bundy, was undertaking efforts—making a lot of grants to charitable nonprofits—to try helping a rattled American establishment deal with racial strife and urban crises.

As a public charity, the also-tax-exempt CORE “had recently become an explicitly black nationalist and racially exclusive organization,” Karen Ferguson notes in Top Down: The Ford Foundation, Black Power, and the Reinvention of Racial Liberalism.

In defending Ford’s grant to CORE, Bundy quipped, “Motherhood, boy scouts, voter registration. Everyone’s for it as an alternative to rocks and fire bombs. And it turned out that way in Cleveland,” as partially quoted by Ferguson in Top Down and fully quoted by Noliwe M. Rooks in White Money/Black Power: The Surprising History of African American Studies and the Crisis of Race in Higher Education. 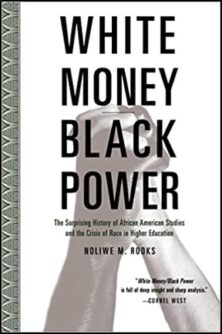 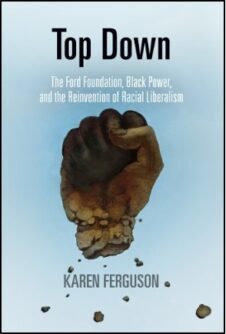 explained that CORE intended “to move politically at first.” CORE’s first order of business was to register Cleveland’s black voters days before the deadline in preparation for the second Carl Stokes mayoral run. Thanks overwhelmingly to the Ford Foundation grant (Ford also gave monies to SCLC [the Southern Christian Leadership Conference] for voter registration in Cleveland), of the over 25,000 newly registered voters—close to 75 percent were black. 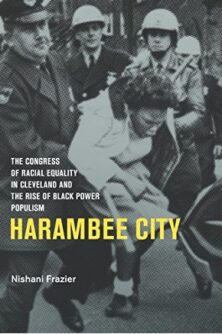 “It’s more likely that this percentage was much higher,” Frazier thinks, “given later condemnation that CORE registered only or close to only black Clevelanders.”

As for Ford’s separate SCLC funding, an October 1967 memorandum from SCLC “revealed that $27,899 given by Ford to SCLC was used in Cleveland to aid in registering voters, with the hope of electing Stokes mayor,” Rooks writes in White Money/Black Power. “SCLC had received a $230,000 grant from the Ford Foundation that year.”

Ford’s funding was considered political and, in fact, outright partisan by many. According to Ferguson in Top Down, the Tax Reform Act of 1969’s “‘McGeorge Bundy’ amendments—as they were called after his defiant performance in front of the House Ways and Means Committee caused him to be blamed for pushing its members over the brink in their quest to shut down liberal foundations’ activism—put strict new controls on philanthropies’ political involvement.”

Bundy’s testimony was not the first exhibition of arrogant defensiveness against and disdain towards Congressional interest in philanthropy from those at its highest levels. Other such episodes occurred during and in the wake of Congress’ Reece and Cox Committees in the early 1950s. (Nor was it Bundy’s last exhibition of arrogance either, for that matter.)

While, to some, the ’69 Act “seems an aberrant spasm of Congressional anger at foundations, generated by the unfortunate acts of a handful of individuals and organizations,” including the unapologetic Bundy and Ford, “it was not a Congressional bolt from the blue,” observes Thomas A. Troyer in his “The 1969 Private Foundation Law: Historical Perspective on Its Origins and Underpinnings.” The concerns of Congress at which the law struck had roots reaching back for more than two decades ….”

Both houses of Congress were controlled by Democrats when the law passed in ’69. It was signed by Republican President Richard Nixon.

As for their concerns arising out of what happened at least two years prior in Cleveland, the law makes it a “taxable expenditure” for any private foundation to pay or incur any amount “to influence the outcome of any specific public election, or to carry on, directly or indirectly, any voter registration drive”—though excepted from this definition, among other things, is “any amount paid or incurred by any organization … the activities of which are nonpartisan, are not confined to one specific election period, and are carried on in 5 or more States ….”

“In recent years, private foundations had become increasingly active political and legislative activities,” according to the General Explanation of the Tax Reform Act of 1969 prepared by the staff of the Joint Committee on Internal Revenue Taxation.

In several instances called to Congress’ attention, funds were spent in a ways clearly designed to favor certain candidates. In some cases, this was done by financing registration campaigns in certain areas. …

… Congress determined that a tax should be imposed upon expenditures by private foundations for activities that should not be carried on by exempt organizations (such as lobbying, electioneering, and “grass roots” campaigning). …

In general, the Congress’ decisions reflect the concept that private foundations are stewards of public trusts and their assets are no longer in the same status as the assets of individuals who may dispose of their own money in any lawful way they see fit.

Explanation of provisions.—The Act forbids private foundations to spend money for lobbying, electioneering (unless certain standards are met, this includes voter registration drives), … and for any purpose other than the exempt purposes of private foundations. Any improper expenditure is subject to tax.

The staff explanation goes on to again list the law’s standards for voter-registration drives to be considered proper, including that they be nonpartisan, not confined to one election period, and multistate.

if they are conducted in a neutral, non-partisan manner, for example, without reference to any candidate or political party. However, voter education or registration activities conducted in a biased manner that favors (or opposes) one or more candidates is prohibited. In addition, a private foundation is subject to tax if it expends funds for a voter registration drive ….

Similarly, according to other current IRS instruction,

activities intended to encourage people to participate in the electoral process, such as voter registration and get-out-the-vote drives, would not be prohibited political campaign activity if conducted in a non-partisan manner.

On the other hand, voter education or registration activities with evidence of bias that (a) would favor one candidate over another; (b) oppose a candidate in some manner; or (c) have the effect of favoring a candidate or group of candidates, will constitute prohibited participation or intervention.

In Harambee City, Frazier points out Bundy’s “President’s Review”—his last—in the Ford Foundation’s 1978 annual report. It is defensive, including of ’67 in Cleveland. And it is disdainful, including of those who then questioned and looked into what happened there, in ’69.

“Public and Congressional opinions on the institutions of our society tend to go in cycles,” Bundy writes.

Foundations, including this one, were attacked by the Reece and Cox Committees in the 1950s and lived in an era of good feelings through most of the 1960s. There is no guarantee that the relatively kindly environment of 1979 will last through the 1980s. But on the whole I am optimistic, in part because the troubles of 1969 were not all that bad.

Bundy then harshly critiques the bad Nixon White House and laments the ’69 Act and its effects. “We have certainly taken greater pains, since 1969, to avoid the appearance of hubris, and here the Trustees have gently instructed the president,” he writes (emphasis in original).

Thereafter, he address the relationship between philanthropy and government. “I am not suggesting that it is essential, for this foundation or any other, to live as close to questions of public policy as we have in this decade,” he continues. “There are excellent foundations that rarely cross the path of government,” and “[t]here are private foundations whose agenda seems to me plainly political—in the ideological sense—as ours is not.”

He lauds such other “zealous” foundations, on both the left and right, concluding that “the generic hazard of our polity is public indifference, and true believers help to jar us out of that.” But unfortunately, he elides any exploration of how and/or why Ford is not “plainly political,” whether in the ideological sense or not.

We, left and right, have been left to explore what may or may not be considered “plainly partisan” philanthropy, on the wrong side of the official line between charity and politics that Ford essentially helped draw by what it did in Cleveland in ’67.

Whether stringently observed or not.

This article first appeared in the Giving Review on February 3, 2021.