The Dark Side of Big-Scale Aid 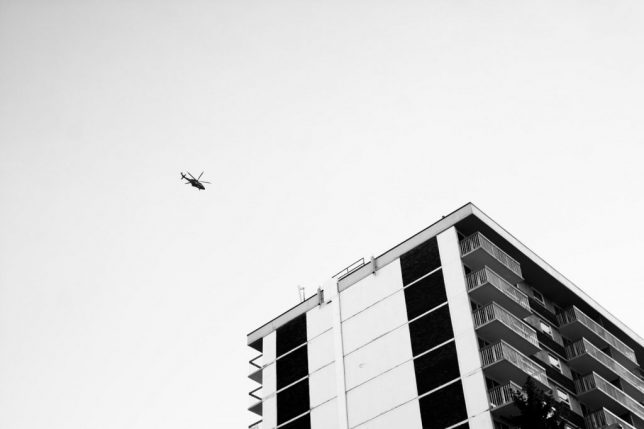 Of course the scandal about Oxfam, where The Times of London reported that Ronald Van Hauermeiren allegedly used prostitutes at a villa Oxfam rented in Haiti, is outrageous if proven true. But Matthew Green, a former reporter for the Financial Times and Reuters and the author of Aftershock, points out in a long piece for the Financial Times, the Oxfam scandals are the beginning and not the end of the story.

Green notes that the current system of dealing with global disasters, where large international NGOs working with the U.N. and national aid agencies sweep in to a troubled area, was first developed after Biafra tried and failed to secede from Nigeria in the late 1960s. But the problem here is that these large organizations have things poor people need—money, food, clothes, housing. They therefore have power over the poor, and far too many aid workers abuse it.

“There can be no question,” Green writes, “that this ecosystem” of aid to Third World disasters “has saved countless lives and done enormous good. But there can be few other enterprises founded on such high moral principles that are so prone to unleashing unintended consequences, and where genuine impulses towards compassion can blur into something less noble.”

Green focuses on two major disasters of the past decade: the aid to Haiti following the 2010 earthquake and the 2012 conflict in Uganda that centered on fighting warlord Joseph Kony. In both cases Green mentions books that are new to me but appear to have good reporting on these subjects.

I’ve written about the problems of donors helping Haiti on several occasions, including on the American Red Cross’s failures to help Haitians and on the poor job international aid agencies have done in helping Haitian coffee growers.

Green recommends Jonathan M. Katz’s book The Big Truck That Went By: How The World Came to Save Haiti and Left Behind a Disaster. According to Katz, half of all Americans contributed something to help the Haitians, and total aid to that country after the earthquake (including private and public contributions) was $16 billion. But Katz argues that most of this aid was either misdirected or wasted. Green says that Katz’s most shocking allegation is that Nepalese UN peacekeeping troops “had inadvertently spread a deadly cholera epidemic—as if Haiti did not have enough problems.”

I haven’t written about the Ugandan conflict before. But we all remember the 2012 campaign by the group Invisible Children, and how everyone back then had to use the hashtag #Kony2012 to show how caring they were.

But Green, who covered the Ugandan conflict as a Reuters correspondent in Nairobi, says the real atrocities were not those committed by Kony, but by the Ugandan military opposing Kony, who placed two million Ugandans “into what were effectively open-air prisons, where families crammed into desperate, squalid conditions were forcibly prevented from farming, pushing their children to the verge of starvation. By supplying this arrangement with a reliable pipeline of food, UN agencies and relief organizations working alongside them had become complicit in a programme of mass forced displacement—a war crime, basically.”

Green quoted Jane Bussmann, a comedian who went to Uganda and wrote The Worst Date Ever: Or How It Took a Comedy Writer to Expose Uganda’s Secret War. Bussmann reported that the Ugandans were able to place millions of people in open-air camps because charities supplied the people imprisoned there with food.

“Keeping people in these camps would have been impossible without logistical and technical support from charities,” Bussmann wrote. “Worse, charities made it look like good was being done,” whereas charities were actually helping keep people in involuntary servitude.

Green argues that what the Oxfam scandal should be exposing is the notion that the best way to help poor people suffering from crises in the Third World is to have giant nonprofits, headed by highly compensated experts, helicopter in to a country and direct badly-compensated underlings until the crisis is resolved.

It’s far better, he says, for Third World countries to develop their own nonprofits to deal with their own disasters. These nascent nonprofits could be funded by Western donors until they develop their own revenue streams and can stand on their own. It’s better, he argues, for Haitians and Ugandans to have their own organizations helping themselves than it is to constantly rely on the West.

Of course it would be a good thing if African and Caribbean countries could develop their own robust civil societies. But these nonprofits can’t be built on gossamer and daydreams. Who would fund these groups? Who would run them? What would they do?

I support Green’s efforts to devolve charitable power to the Third World, but I suspect that this devolution will not happen for a long time. What can be done is continued reporting by the press and by watchdogs to make sure that the employees of nongovernmental organizations are not abusing the considerable power they wield. But the goal of this reporting should be constructive and lasting reform.