Patience And Perseverance In Foundation Funding Of School Choice 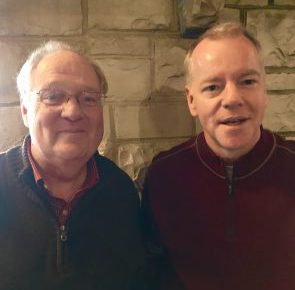 Crossposted with permission from History of Philanthropy — article dated March 8, 2018

The Lynde and Harry Bradley Foundation in Milwaukee has generally been considered by both its allies and (grudgingly) by its foes one of the most-effective conservative philanthropies in the United States. This recognition has been due in large part to the grantmaking roles that the Bradley Foundation played in moving both school-choice and work-based welfare-reform policies from ideas to ultimate implementation. Historically, these are likely Bradley’s signature policy issues. In each of these cases, the policies advanced first at the state and local levels and then nationally—consciously and necessarily in that order.

Bradley’s modern iteration began in 1985, when its assets ballooned after the sale of Milwaukee’s Allen-Bradley Company to Rockwell International. To many in Milwaukee, where the company and the family supported civic institutions and causes for decades, the foundation was expected to continue that kind of support.

The new foundation did continue such civic giving, but its newly enlarged endowment was also devoted to furthering the conservative principles of the Bradley brothers. The foundation’s board saw the two types of giving as complementary. It looked to the nationally influential John M. Olin Foundation in New York City as an example of the second type of giving. In fact, from Olin, Bradley hired Cleveland native Michael Joyce to come back to the Midwest and lead its conservative program. To many on the East Coast, Wisconsin might seem as distant, as, well, Siberia. Bradley’s location could have been either a blessing or a curse for a foundation in the heartland interested in the pursuit of policy aims on a national scale. For Bradley, Milwaukee became a blessing.

During the 2015-16 academic year, according to the American Federation for Children (AFC), there were 27,622 students enrolled in the country’s first school-choice program, the Milwaukee Parental Choice Program (MPCP). They attended 117 participating schools with vouchers worth up to $7,860.

Across America, by AFC’s estimate, as of April 2017 there were approximately 430,000 students enrolled in 52 different variations of school-choice programs in 26 states and the District of Columbia. As an education-policy reform, choice undeniably has spread nationally.

It took a while. In 1990, there were zero students enrolled in zero such choice programs. That year, with support from the then-five-year-old Bradley Foundation, the nationally influential, left-of-center Brookings Institution published John Chubb’s and Terry Moe’s important scholarly book Politics, Markets & America’s Schools. In the book, Chubb and Moe explained the many potential benefits of the market-friendly choice idea. Bradley helped nurture the idea elsewhere, too, supporting other scholars in either academia or at conservative national and state-level public-policy research institutes who explored it, often in articles published by journals and magazines that Bradley supported as well.

In March 1990, the Wisconsin Legislature enacted MPCP. Milwaukee was a good, relatively small, manageable local policy laboratory in which a version of the bold idea could first be implemented. This sort of experiment would not have been as doable in New York City, Chicago, or Los Angeles. In fact, attempts to implement school choice in each of those locations soon thereafter, including in California by initiative, all failed.

In September 1990, 341 MPCP-participating students from low-income families started attending seven participating schools in the city. The impressive current national school-choice numbers grew out of this relatively small initial number; the program at this point also did not include religious schools.

Introducing and Developing the Implemented Idea

With others, Bradley continued to support many organizations hosting scholars, researchers, and commentators participating in the public debate surrounding the new effort. These groups and this discourse were both local and national, too. For example, a local think tank—the Wisconsin Policy Research Institute (WPRI)—was created at Bradley’s behest for these and related purposes.

The many technological advances in media distribution and consumption made it quite a bit easier and less expensive to tell the local “Milwaukee story” nationally—introducing the implemented idea itself, as well as placing it on the menu of potential policy proposals for consideration elsewhere across the country.

In November 1991, the Wisconsin Supreme Court upheld the original MPCP, 4-3, against state-constitutional and other legal challenges to it brought by the state Superintendent of Public Instruction and his teachers’-union allies. The program was defended with Bradley support—both in the courts of law, by national public-interest attorneys and local co-counsel, and in the court of public opinion. For instance, Bradley funded the legal representation of parents of choice students as intervening parties by the Landmark Legal Foundation.

Then, in June 1992, Bradley announced its major support of a private scholarship program in Milwaukee, run by the Partners Advancing Values in Education (PAVE) organization, that did include religious schools. PAVE grew out of an earlier, smaller project of the Archdiocese of Milwaukee that allowed parents whose children went to Catholic schools to apply for tuition support. Bradley’s support persuaded PAVE’s directors to widen the project to all parents, not just to Catholics. Through the newly enlarged PAVE, Bradley consciously sought to give meaningful voice to demand for religious-school educational options on the part of all parents.

For that first 1992-93 academic year, from 4,094 applications, 2,089 PAVE-scholarship recipients attended 86 schools, according to a 1995 Reason Foundation report on PAVE. For 1993-94, an additional 2,200 applications were filed with PAVE. In 1993-94, 2,450 scholarship recipients attended 102 of Milwaukee’s 108 private schools. Eighty-two of these PAVE-participating schools were religiously affiliated—Catholic, Lutheran, “Other Christian,” Jewish, and Muslim.

In the wake of the demonstration of this demand, in June 1995, the Wisconsin Legislature expanded MPCP to include religious schools. Yet in August 1995, just as the school year was beginning, the Wisconsin Supreme Court enjoined this expansion. It was a disheartening day for Bradley.

A long period of patience and perseverance for parents and the foundation was made even longer.

Patience and Perseverance Pay Off

Front-page photographs of clearly distressed parents and their children already enrolled in their chosen MPCP-participating religious schools—now faced with the prospect of having to leave—shaped the narrative in a way that a think-tank report never could have.

With Bradley’s seven-figure assistance, PAVE raised another emergency $1.6 million to keep the thousands of these students already enrolled in those schools. Almost three years later, in June 1998, the Wisconsin Supreme Court upheld the expanded MPCP—which was again defended with Bradley support. At this legal stage, Bradley funded the state’s defense of the program by nationally prominent constitutional lawyer Kenneth W. Starr and representation of the parents as intervening parties by the newly-established Institute for Justice. In November 1998, the U.S. Supreme Court declined to consider an appeal of that decision.

In June 2002, when the U.S. Supreme Court finally ruled on the constitutionality of choice in its landmark Zelman v. Simmons-Harris decision about a challenge to the Cleveland program that began in 1996, it upheld the concept and its initial implementation, 5-4. Again, public-interest lawyers who defended the program did so with Bradley support.

During the 2002-03 academic year after which Zelman was decided, 11,670 MPCP-participating students attended 102 participating schools with vouchers worth up to $5,783. No one could have known it then, but about 37 times this number are now in choice programs nationally. At the time, some wondered whether the modest, incremental advances of the idea were going to be too small to justify substantial continued philanthropic investment.

Between 1985 and 2003, Bradley awarded and committed an estimated total of $30 million to help research, promote, implement, and defend school choice. In 2003, the State of Wisconsin alone spent about $68 million annually to fund MPCP. As well, about $60 million in private capital investment had been attracted to Milwaukee to finance the construction or renovation of schools, spearheaded by a Bradley-supported PAVE program for that purpose.

That might be taken as a good-enough early local return on investment to justify it. With the passage of time, the national return would look even better, if measured by the number of students. Bradley’s patience and perseverance paid off.

While the school-choice policy changes Bradley’s pursued were conservative, the philanthropic lessons from their successful pursuit can be adopted by funders across the ideological spectrum.

Modest, incremental investments in seemingly small experiments can have positive strategic value, though it might require much more of a willingness to wait than is usually tolerated. Any data-driven demand for “quarterly results” may prevent ultimate, truly meaningful, but still measurable progress. Patience and perseverance are key institutional resources. And local and national support should be intelligently intertwined.

We suppose this acceptance of incrementalism, however measured, and desire for local-national consonance could be considered by some to be part and parcel of Bradley’s very conservatism. If so, it could be argued that conservative philanthropy possesses strong inherent natural advantages.

In any case, in the school-choice context, Bradley gave that way, with positive results.