The Bernie Revolution’s Consultant of Choice 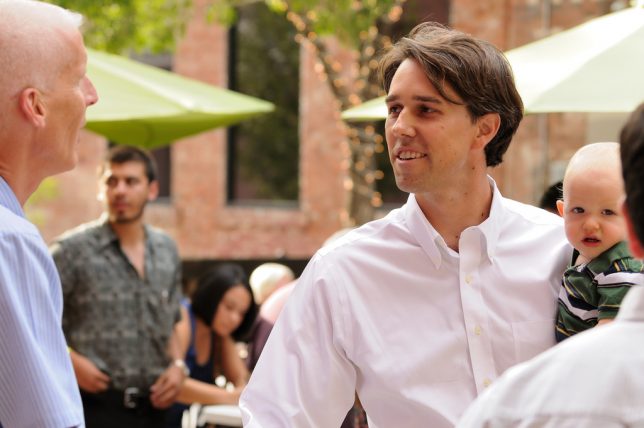 [Editor’s note: Scott Goodstein stepped down from his leadership position at Revolution Messaging, but remains on staff as a partner.]

Most people outside Beltway politics haven’t heard of Scott Goodstein, a Democratic campaign activist and political consultant. But they probably have heard of his clients, most recently the skateboarding Irish-American and would-be Democratic wunderkind Robert “Beto” O’Rourke, whose failed Senate 2018 campaign paid a whopping $4.7 million in advertising fees to Goodstein’s firm, Revolution Messaging, according to Federal Election Commission records.

It’s worth noting that when O’Rourke launched his campaign against incumbent Republican Senator Ted Cruz in March 2017, he told the Dallas Morning News, “My heart’s in it, I want to do this, I’m driven to do it. I’m not poll-testing it. I’m not consulting with consultants.”

But the O’Rourke campaign’s first FEC filings a month later showed him consulting very closely with two consultants—one of them, Revolution Messaging—to the tune of $30,000, something he explained away at the time as helping with the “technical” aspects of campaign management. That modest sum, however, exploded into a gargantuan $24.2 million in advertising and communications fees by the election in November 2018.

Revolution Messaging and Goodstein are perhaps best-known for their role in launching Vermont Sen. Bernie Sanders from an obscure Northeastern socialist to a progressive star in the 2016 Democratic presidential primary. The firm—which Goodstein, the Obama campaign’s former online director, founded in 2009 with 3 other Obama campaign staffers—was hired by the Sanders campaign in May 2015 to manage his digital advertising and online fundraising. In its first four days under Revolution Messaging’s guidance, the Sanders campaign raked in some 75,000 small donations totaling $3 million. (This past year, the firm was embroiled in a case a sexual assault.)

But Goodstein’s activism doesn’t end there. In 2016, he founded Creative Majority, a Democratic PAC with donations that grew from $70,000 in the 2016 election cycle to $837,000 in 2018—mostly from MoveOn.org, the union PAC, Working for Working Americans, and $25,000 from his own firm, Revolution Messaging.

In 2016, the Creative Majority—which calls itself “a PAC of the creative class . . . created to give power back to the multitudes of creative-minded Americans” like artists and musicians—spent $20,000 in independent expenditures against Republican presidential nominee Donald Trump. In 2018, it spent (as of writing) just over $10,000 supporting four House Democrats.

But the PAC’s largest vendor by far in the 2017-2018 election cycle was Revolution Messaging, which it paid a $467,057—or 66 percent of the $716,470 it spent in the election—in “strategic consulting” and “digital consulting” fees, according to the FEC. (Filing excerpt available here.)

Also curious is the PAC treasurer, Keegan Goudiss, listed on Creative Majority’s FEC filings. According to the firm’s website, Goudiss is managing partner at Revolution Messaging, where he’s worked since 2009. (Goudiss also directed the Sanders campaign’s digital advertising in 2016 and played a key role in implementing the digital advertising strategy for Health Care for America Now, a 501(c)(4) advocacy group that pledged $40 million to the effort to pass Obamacare in 2010.)

In 2016, Goodstein was listed as the PAC’s Custodian of Records; the Washington, D.C., address in the filings is the same as Revolution Messaging’s office address on Rhode Island Avenue. (Also worth noting is the PAC’s bank: the SEIU-owned Amalgamated Bank, which is also the largest union-owned bank in the country.)

Is there a legal problem with Scott Goodstein’s PAC paying his firm for consulting services? Not necessarily, though there is an obvious ethical concern with something which comes very close to a “scam PAC”—what CRC’s Michael Watson calls a political action committee that really only contributes a small portion of its funds to candidates or independent expenditures while self-dealing.

But it does mean that any left-leaning musicians and artists interested in donating to support the Bernie Sanders “revolution” ought to think twice before giving to Scott Goodstein’s PAC.