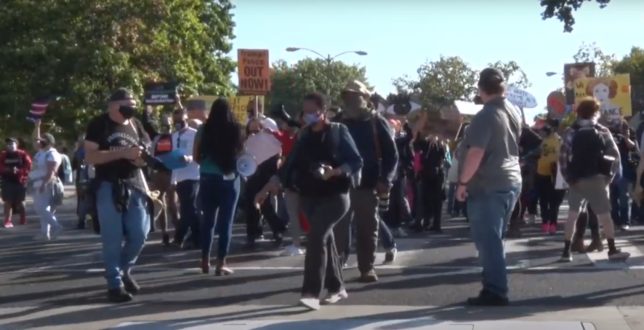 The professional Left will stop at nothing to derail the confirmation of Judge Amy Coney Barrett to the U.S. Supreme Court, a contemptible tradition dating back to the “borking” of Judge Robert Bork’s 1987 confirmation process.

AFSCME (2019 expenditures: $200 million, including $26 million for politics and lobbying)

Americans United for the Separation of Church and State (2018 expenditures: $7 million)

On October 6, 2020, the Leadership Conference on Civil and Human Rights released an open letter urging the Senate not to confirm Barrett to the Supreme Court. The following groups co-signed the letter: