The Achievements behind America’s Great Philanthropist 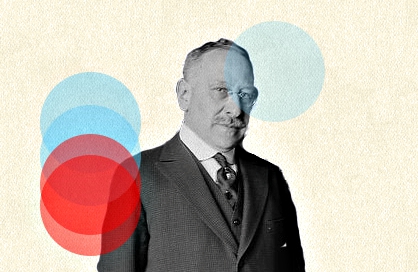 This article originally appeared in Philanthropy Daily on April 11, 2019.

It is a testament to American capitalism that it is an economic system that allowed Sears, Roebuck to flourish in the late 19th century and Sears Holdings to struggle and possibly fail in our time.

But for students of philanthropy, Sears was the basis of the fortune of Julius Rosenwald, one of the 20th century’s greatest philanthropists.

But Stephanie Deutsch, author of You Need A Schoolhouse, a book about Rosenwald’s grants to aid African-Americans, notes in this Washington Post piece that it is Julius Rosenwald’s business achievements that made his philanthropy possible.

With most philanthropists, the sources of their fortunes are easy to explain. John D. Rockefeller and the Pew family created oil companies. Andrew Carnegie’s wealth came from steel mills. James B. Duke created one fortune from tobacco, and when he was forced to divest his tobacco enterprise, then started a second fortune with the utility that eventually became Duke Energy.

But Julius Rosenwald was only the president of Sears. He wasn’t named Sears or Roebuck. What did he do?

Recall that Sears, Roebuck and Amazon are companies that both tried to be “everything stores.” The giant Sears catalogue was the equivalent, a century ago, to Amazon’s site, something that could sell a consumer everything she needed to furnish and run a home. Rosenwald joined Sears because he and his brother-in-law ran a small company that sold Sears a large number of men’s suits.

Richard Sears was one of America’s greatest salesmen. But he was a failure at shipping products to his customers. Historian Florence Kiper Frank notes that when Sears was his company’s president, customers’ orders would be placed in baskets and left for weeks. Customers would frequently get the wrong item, or be told, erroneously, that the product they wanted wasn’t in stock. Imagine if Amazon spent weeks filling orders and when you called to complain had an 800 number more inefficient than any bureaucracy. That would be a situation comparable to that of Sears, Roebuck in 1905.

Julius Rosenwald, working with Sears’s chief of operations, Otto C. Doering, solved Sears, Roebuck’s distribution problems by creating a 40-acre warehouse (the largest in America at the time) and a system where an order would be entered, shipped to the part of the warehouse that stored the product, and then fulfilled.

That achievement may seem simple now, but it was the largest distribution system anyone in the U.S. had ever created at the time. Rosenwald also introduced an ironclad money-back guarantee and insisted that all of Sears, Roebuck’s advertising was honest.

“Sell honest merchandise for less money and people will buy,” Rosenwald declared. “Treat people fairly and honestly and generously and their response will be fair and honest and generous.”

To pay for the warehouse, Deutsch writes, Rosenwald went to Henry Goldman, whose father founded Goldman Sachs. Goldman helped create one of America’s first IPOs in 1906, which made Richard Sears and Julius Rosenwald millionaires. Sears left Sears, Roebuck in 1908 but Rosenwald remained chairman of the board of until his death in 1932.

As a donor, Rosenwald had many projects, ranging from aiding Jews to being one of the backers of the Museum of Science and Industry in Chicago. But his primary cause was supporting the education of African-Americans in the South. His philanthropy, Deutsch writes, led to the building of “more than 5,000 schools and related structures in 15 states across the South.”

She notes that Federal Reserve Bank of Chicago economists Daniel Aaronson and Bashkar Mazumber noted in this 2009 paper calculated that by 1930, 36 percent of African-American students in the South were educated in Rosenwald schools.

These schools, they write, had high standards, including being built “on modern designs that ensured adequate lighting, ventilation, and sanitation. Classrooms were required to be fully equipped with books, classes, desks, and blackboards and other materials to ensure an adequate learning environment.”

Aaronson and Mazumber determined that students in Rosenwald schools, on average, had one more year of education than comparable students who didn’t attend Rosenwald schools. They also calculate that 90,000 African-American children got an education they wouldn’t have had because of Julius Rosenwald’s philanthropy.

Deutsch also notes that the Smithsonian’s National Museum of African American History and Culture recognizes Rosenwald’s achievements by acquiring desks and a potbellied stove from a Rosenwald school in Pomaria, South Carolina.

Julius Rosenwald was not only one of America’s greatest philanthropists, but he also had significant achievements in the business world. We should remember both his philanthropy and his accomplishments at Sears, Roebuck if we are to properly assess his place in American history.