Testifying Before the IRS

In Defense of Donors' Privacy in Our "Cancel Culture" 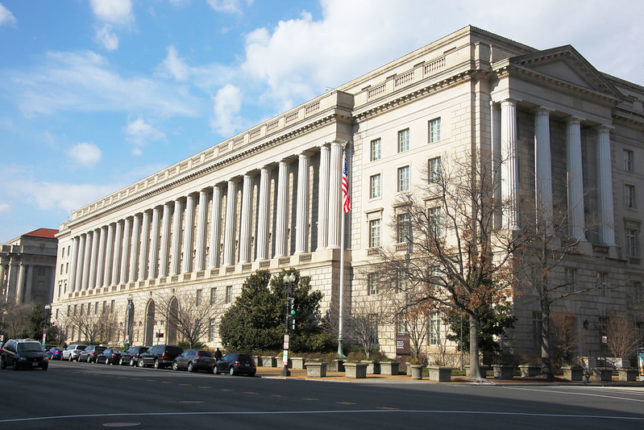 Today I testified before the IRS on a proposed regulation that’s designed to make “cancel culture” slightly less easy for our friends on the left. The proposed regulation (or “rule” in Swamp parlance) involves a part of the IRS filings made by nonprofits where they currently have to inform the IRS of their largest donors’ names, addresses, and combined contributions.

You immediately see the threat: How would you like the world to know about that money you gave the National Rifle Association (NRA) or a Tea Party group? Now this donor information is supposed to be kept strictly confidential. And I’m sure you’re saying to yourself, “If I can’t trust the IRS, who can I trust?”

Forgive my bad joke. We know that Tea Party groups were targeted by IRS officials in the 2012 presidential cycle, and you may also remember cases such as the IRS employee who gave the world’s biggest LGBT activist group the list of confidential donors to the National Organization for Marriage. The IRS finally settled that case in court for $50,000 in damages, which is almost certainly a lot less than the injured group suffered in future donations lost to fear.

More recently, you’ve had more to fear from left-wingers in certain states that have begun demanding that nonprofits hand over to them this same donor information, which is listed on Schedule B of nonprofits’ IRS filings. These state officials, mostly state attorneys general, likewise claim that you can trust them.

Here’s a real-life joke: One of those attorneys general was Kamala Harris, then holding that office in California. Surely you trust her? Another state whose attorney general office has led the fight to force nonprofits to provide confidential donor information is New York. It’s hard to know where to begin with the Empire State’s A.G. office. At today’s hearing, Hans von Spakovsky of the Heritage Foundation had some choice words describing it. I’ll just note that the most recent outrage from that office is the big loss it suffered in its effort to swipe money from Exxon for allegedly failing to be honest with investors about climate change. New York’s case fell apart, even though it brought this politicized prosecution under a special state law where its case only had to meet the very low burden of proof attorneys call “a preponderance of the evidence.”

Below you’ll find my testimony to the IRS, but first a few highlights from the other persons who testified. Only three left-of-center speakers asked the agency to keep the current dangerous regime of forced disclosure of donors’ private information. One was from Public Citizen’s Bright Lines Project, a group that a few years back produced the most dishonest poll I’ve ever seen, precisely on possible IRS regulatory changes (my debunking is here). This speaker, Emily Peterson-Cassin, began with a complaint that the other speakers, who were overwhelmingly in favor of the new rule, didn’t represent elite opinion in the nonprofit world. Fair enough, but perhaps elites like her and others in that world should engage in some soul-searching of where their leadership has led this sector: A prominent article in today’s Chronicle of Philanthropy (the New York Times of nonprofit elites) bears this title: “The Trust Crisis: The public’s declining regard for nonprofits may hurt fundraising, advocacy, and hiring. Even business gets higher marks.”

Another speaker from the left today was Catherine Suvari of the New York Attorney General’s office. She cited the precise number of comments the IRS had received when it put the proposed “rule” out for public comments, because she was offended that the number was much higher than usual—apparently the peasants are getting above themselves and daring to weigh in on the dangers of the government’s coerced disclosure of donors. What Suvari didn’t mention is that those comments ran roughly two-to-one in favor of protecting donors’ privacy. Again, some soul-searching may be in order.

The final speaker from the left was from the Campaign Legal Center. He repeated the dishonest example involving a Russian banker that I debunk in my testimony (by luck, I was able to testify immediately after him, noting that such misleading talk is the kind of thing that gives politicians a bad name). He also stressed that no court has ever created a right to privacy where donations are concerned. I was fascinated to hear that the Left apparently opposes court-created rights to privacy.

The only thing I wish I’d had time to add to my testimony are a few facts and figures about these left-of-center speakers and their organizations. Here’s my contribution to “transparency”:

New York State Attorney General Letitia James is very, very fond of union dollars. She’s enjoyed about one million of them in the last two years, as you can see here. That’s quite important when you consider the ruthless intimidation practiced by her friends at unions like the SEIU (Service Employees International Union)—intimidation that was thoroughly documented by another witness today, Ashley Varner, who described the thuggish harassment her Freedom Foundation has suffered in Washington State.

The Campaign Legal Center hasn’t received much union money in recent years, but it has received tens of millions of dollars over the years from a host of left-wing foundations, including George Soros’s Open Society philanthropies and the Ford Foundation—two groups that are vastly more important factors in left-wing political victories than whoever happens to be chairman of the Democratic National Committee this afternoon.

Public Citizen has been a bit more lucky where support from intimidating unions is concerned: its 501(c)(3) and 501(c)(4) arms have received a couple of hundred thousand dollars from them in the past decade. Of course, Public Citizen also receives lush grants from across the left-wing foundation world, including the Soros empire. In fact, in 2016 Soros’s Foundation to Promote Open Society made a grant to the Public Citizen Foundation for $650,000 “to provide project support for the corporate political spending disclosure campaign and campaign finance jurisprudence litigation.”

And they wonder why so many of us don’t rest easy at the thought of having our donations warehoused in government agencies in Washington, New York, and elsewhere.

Read my testimony before the Internal Revenue Service in the Public Hearing on Proposed Regulations “Guidance Under Section 6033 Regarding the Reporting Requirements of Exempt Organizations.”