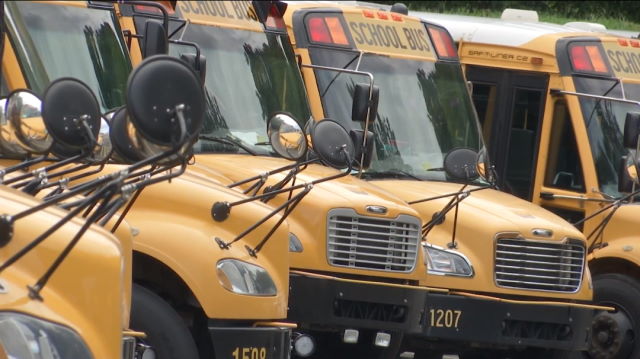 One of the most galling things about the American response to COVID-19 (now at Day 365 of “15 Days to Slow the Spread”) is the ruthlessness with which teachers unions have secured permanent lockdowns of schools and the apathy that elected officials have shown toward children’s welfare. On Episode 158 of the InfluenceWatch Podcast, we spoke with a Fairfax County parent about the struggles to reopen schools in Washington, DC’s leafy suburbs.

But not all elected officials have proven to be linguine-spined servants—like Gov. Gavin Newsom (D-CA), Gov. Kate Brown (D-OR), and Gov. Larry Hogan (R-MD)—of radical unionists, who would rather go to Hawaii on federal taxpayers’ dime than do their supposedly “unsafe” jobs. Across the country, in states both red and blue, state legislatures are acting against union obstinacy to get children back into classrooms. Some are enacting even bolder reforms that will increase parental power over education and limit the monopoly that teachers unions have enjoyed for decades.

North Carolina may have voted for President Donald Trump in the 2020 elections, but its schools have remained mostly closed, at least partly due to the actions of Gov. Roy Cooper (D), an ally of the teachers unions. However, the state legislature has had enough; it passed a bill to order local schools to reopen. While Cooper vetoed the first version of the bill, subsequent compromise legislation passed the legislature unanimously and received Cooper’s signature. Primary schools in North Carolina are now ordered to offer five-day-per-week in-person instruction no later than the first week of April. Despite Cooper’s accession to reality, the North Carolina Association of Educators, the state’s largest teachers union, continues to oppose reopening schools.

Virginia may be a bluer state than North Carolina, but the story there is substantially similar. Teachers union obstinacy, especially in the highly populated DC suburbs like Fairfax, kept most schools locked down (excuse me, open for virtual learning). But despite union-backed Democrats controlling the state trifecta, the state legislature passed and Gov. Ralph Northam (D) signed legislation that “requires all schools to be open for in-person learning, five days a week, with a teacher in front of the classroom” starting July 1, according to state Sen. Siobhan Dunnavant (R-Henrico).

One consequence of teachers unions holding children’s educations in limbo for 53 weeks of “two weeks to slow the spread” and counting is a rising movement to “fund students instead of systems,” allowing parents to remove their children from an increasingly unreliable government-school monopoly. Numerous states are actively considering legislation to expand or create school choice programs: Iowa, Missouri, South Dakota, and Arizona have all advanced legislation to expand school choice, and other states have introduced or are considering similar legislation.

West Virginia has taken perhaps the most expansive approach. Gov. Jim Justice (R) has already signed legislation authorizing up to 10 charter schools (of which two may be virtual) and appointing a charter school board to regulate them and legislation allowing teacher candidates to seek certification outside of university-level teaching degrees in more circumstances. Meanwhile, the legislature is considering a bill that would create a “hope scholarship” valued at $4,600 per student per year available to students switching from government school to private or home school. The scholarships would be available to all private and home-schooled students starting in 2026.

Teachers unions are not just facing the loss of their monopolies over education funding in some states: Some states are targeting their explicit powers. West Virginia’s legislature passed a bill that would codify the legal presumption that that state prohibits strikes by government employee unions.

The Indiana Senate advanced legislation that would guarantee a school employee’s Janus rights to leave a government employee union at any time and would require annual authorization of union dues deductions.

Meanwhile, other states are considering Janus rights protection legislation. Both Missouri and Oklahoma are considering legislation that would require workers seeking to pay their union dues by payroll deduction to authorize that deduction annually in writing through a form of the state’s choosing that informs the workers that they are waiving their Janus rights to refrain from funding union activities.

Teachers unions have spent the first 53 weeks of “two weeks to slow the spread” placing America’s students and school systems in a chokehold. That chokehold continues in places like Chicago and Los Angeles, where union militants are encouraging teachers not to inform school officials of their vaccination status or voting 91 percent to remain open exclusively for virtual learning. But as other jurisdictions see the harm to students in terms of lost learning, mental health, and their very lives, they are starting to hold the obstinate unions to account.