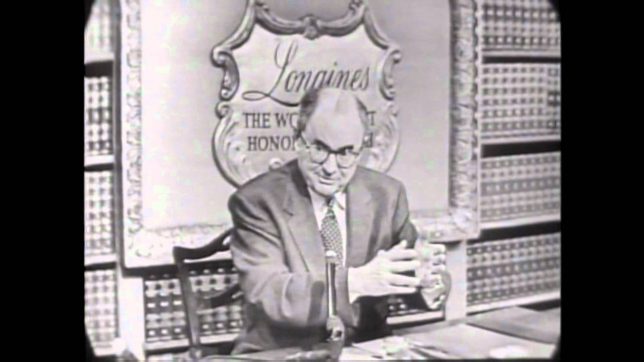 Bundy’s “progressive” vision on the matter of black power groups likely stemmed from Ford’s funding of a school decentralization experiment in the Oceans Hill-Brownsville area of Brooklyn, N.Y., in 1967.

Located in what had recently become a majority black community, the experimental district encompassed eight schools and been placed under the administration of Rhody McCoy, an acolyte of Malcolm X. The decentralization degenerated into the predictable circus when community groups involved organized the removal of about 20 unionized teachers from their posts, leading to a city-wide teachers’ strike in 1968. Alleged black militants further aggravated the situation by distributing anti-Semitic pamphlets, upsetting the large number of Jewish teachers assigned to the school district. The emotions aroused by the removal and the strike were such that in January 1969, Time headlined a magazine article with the words: “The Black and the Jew: A Falling Out of Allies.”

Such were the fruits of McGeorge Bundy’s understanding of how “private citizens and foundation money” could work together.

Background to the 1969 Hearings

After having familiarized ourselves with Pifer and Bundy, let’s meet the next character in this drama: Representative Wright Patman (D-TX), whom CRC senior fellow Martin Morse Wooster called “a fiery Texas populist.”  By acquainting ourselves with Patman, we can better understand how critics perceived private charitable foundations in the late 1960s.

Although he is not well known today, Patman was, perhaps more than any other person, responsible for setting the stage for the 1969 hearings to focus closely on foundations. Starting in 1961, through his role with the House of Representatives Small Business Committee’s Subcommittee on Foundations, Patman routinely spoke out against what he saw as the frequent abuse of loopholes related to foundations’ tax-exempt status, especially the opportunities these presented for personal wealth to be put beyond the reach of the tax authorities.

He was also critical of what he claimed to be the IRS’s weak oversight of foundations generally, including the agency’s failure, in his eyes, to fully report on the assets and incomes of foundations.

Through a steady stream of public statements, studies and other activities, Patman patiently nurtured a growing interest in what might otherwise have been a hard-to-follow issue of little importance to the media and wider public. By one measure, between 1961 and 1969, he released 5,000 pages of detailed reporting on foundation activities through the Subcommittee on Foundations.

Such was Patman’s singular focus on tax exemption-related issues that he was seen at times as overzealous in his statements, or too eager to chase self-aggrandizing headlines. Following the 1964 presidential campaign, for example, he scrutinized the activities of the American Enterprise Institute (AEI) very closely, to the point that some observers felt he had singled the organization out for intimidation.

But when it came to public criticism of tax-exempt groups, however, Patman was strictly an equal opportunity man—regardless of his targets’ perceived political leanings.

On February 18, 1969, the first day of the tax code hearings, he peppered his opening statement with questions for foundations large and small. He highlighted two Ford Foundation initiatives as part of this: the provision of just over $131,000 in “travel grants” to six former Robert F. Kennedy staffers in 1968 (described by one critic as “severance pay for benignly regarded political functionaries”) and the funding of voter registration efforts by a black civil rights group in 1967 that helped elect Carl Stokes as first black mayor of Cleveland, OH. Patman cited these examples of how far the large foundations had, in his view, strayed from their original focus on “charitable” goals, versus political interventions. “Are the giant foundations on the road to becoming political machines?” he asked rhetorically.

It should be emphasized that the above represented just two points in Patman’s lengthy opening remarks, which he used to portray various foundations, small and large, as having potentially overstepped legal or customary limits and restrictions on their activities. Patman reserved much of his ire for a questionable practice of the era: the use of discretionary family foundations to perpetuate stockholder control of companies by transferring family-held shares to those foundations. Patman also announced the introduction of a bill that included an annual 20 percent tax on the “gross income” of all foundations and tighter checks on whether foundations’ annual disbursements truly reflected “the purposes for which [they] were organized.” We don’t know for certain if Patman was speaking directly to Bundy and Pifer, but he may well have been:

Mr. Chairman, my bill is by no means a vindictive measure; indeed, by encouraging the foundations to return to the original purpose for their existence—that is, philanthropy— they should emerge stronger, not weaker.

This new vigor I do not fear, so long as it is exercised in the proper area. Their pained outcries of persecution notwithstanding, I do not seek to destroy the foundations, but to reform them. And I do not single out the foundations for harsh regulation—I simply propose that they be subject to the same economic rules as the rest of America.…

I am hopeful that this committee will agree that there is an urgent need to redefine the role of the privately controlled charitable foundation….Have the giant foundations made or do they plan to make, grants that will aid certain candidates to run for National, State, and local office? Does the Ford Foundation have a grandiose design to bring vast political, economic and social changes to the Nation in the 1970s? Is this what Congress had in mind when it granted tax exemption to privately controlled foundations?

The House hearings continued through March and ended in late April, with extensive testimony from top foundation leadership. The transcript of McGeorge Bundy’s committee statement and dialogue with the committee alone is about 80 single-spaced pages. That of J. George Harrar, President of the Rockefeller Foundation, is about 40 pages.

On April 22, 1969, in a statement independent of the tax reform hearings, a close political ally of Wright Patman rose on the floor of the House of Representatives to offer additional criticism of the Ford Foundation. In a hard-hitting speech, Rep. Henry Gonzalez (D-TX) summarized how Ford grants had gone to support the activities of what he called “the architects of discord, the prophets of violence”—a reference to a network of militant Hispanic identity organizations operating in Texas.

In his speech, Gonzalez lauded Ford as “by far the greatest of all foundations devoted to the advancement of humanity.” But in making grants starting in 1966 to divisive Mexican-American community groups, Gonzalez said, Ford had started with the best of intentions: a desire to help “this particular minority group…[has] some kind of effective national organization that could coordinate the actions of the many that already existed.”

As detailed in Gonzalez’s speech, this led to Ford funding, either directly or indirectly, to the Southwest Council of La Raza, the Mexican-American Unity Council of San Antonio, the Mexican-American Youth Organization (MAYO), and the “Universidad de los Barrios.” Gonzalez rejected the identity politics and militant rhetoric of these organizations, saying “I cannot see how good can come from the building of passions that have throughout the history of mankind brought about only distrust, fear, hate, and violence. I fear very much that the Ford Foundation miscalculated in choosing those who have charge over their grant money.”

In the next installment of Tax Reform 1969, learn about the lasting effects of the 1969 tax reform hearings.