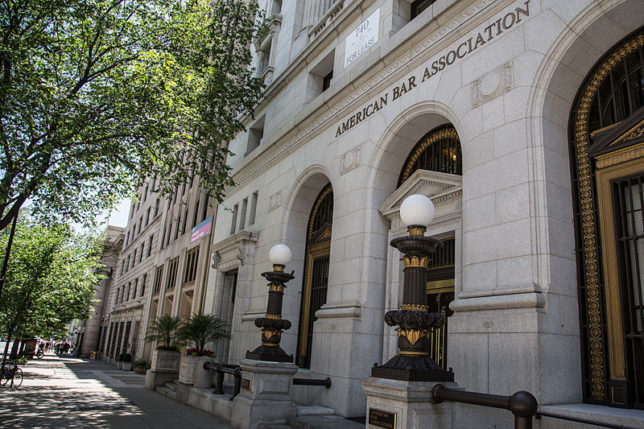 On March 4, 2020, the Supreme Court will hear arguments in June Medical Services LLC v. Gee, a case that arose from a Louisiana state law that requires doctors who perform abortions to have admission privileges at a hospital within 30 miles of their clinic. Recognizing the importance of this case in the Court’s abortion jurisprudence, a large coalition of pro-choice organizations have filed amicus briefs opposing Louisiana’s law.

Yet the general public would rarely, if ever, associate many of these groups with abortion advocacy. This is problematic because Americans with deep pro-life convictions might unwittingly support such groups, completely unaware of their stances on one of the most divisive issues in the country.

Amicus curiae (“friend of the court”) briefs are filed with the Supreme Court by those who are not party to a case but have an interest in its outcome. Collectively, they are known as amici. Amici often present different arguments than those presented by the actual parties, and their arguments can influence how the justices ultimately rule.

Amici are grouped according to the party or ruling they support, and nearly 200 organizations officially filed their opposition to Louisiana’s law. As expected, their number include all the names commonly associated with the pro-abortion wing of American politics: Planned Parenthood, NARAL Pro-Choice America, the American Civil Liberties Union, and the like. Their appearance as amici in June Medical Services is no surprise.

More revealing are those groups that one would never intrinsically link to abortion advocacy, but have nonetheless planted themselves firmly in the pro-choice camp. Prominent among these are major professional medical associations: the American Medical Association, the American Academy of Family Physicians, the American Academy of Pediatrics, the Society for Maternal-Fetal Medicine, and others that joined in a brief opposing Louisiana’s law.

Some tack a pretty radical pro-abortion line: the American Academy of Pediatrics and the Society for Maternal-Fetal Medicine strongly oppose abortion restrictions even well into the second trimester—a position that is deeply unpopular with the American public.

Unions and Other Organizations

A number of prominent non-medical organizations also filed as amici. The Anti-Defamation League, the National Urban League, the National Employment Law Project, the National Consumers League, the Hispanic Federation, and even the American Bar Association all formally registered their opposition to Louisiana’s law, for a variety of reasons. So did several large religious congregations including the Presbyterian Church (U.S.A.), the Union for Reform Judaism, the United Church of Christ, and the Unitarian Universalist Association.

These groups, which on their face have no clear relationship to the performance of an abortion, nevertheless speak definitively for their constituents on the issue—members or donors who may be unaware of, much less support, their organizations’ positions. This reflects an increasing willingness among nonprofits, especially on the left, to wade into controversial issues that are at most tangentially connected to their mission.

Nowhere is this phenomenon more thoroughly entrenched than among labor unions. As with many other facets of the progressive left’s platform, several of the country’s largest unions signed on as pro-abortion amici in the June Medical Services case. Among these were the Service Employees International Union and the American Federation of State, County and Municipal Employees, as well as the two principal American teachers’ unions, the American Federation of Teachers (AFT) and the National Education Association (NEA). Indeed, both the AFT and the NEA put out explicitly pro-abortion resolutions in 2019.

While one might reasonably wonder at the link between labor organizing and abortion advocacy, the explanation lies simply in the lock-step alignment of many national unions and the Democratic Party’s political platform. Not coincidentally, all four of these unions were among the top fifteen Democratic political spenders since the 1990 election cycle.

Members and donors are not the only ones who may be unwittingly subsidizing a group’s pro-abortion activities. Taxpayers also contribute large sums to several of the amici in June Medical Services. Planned Parenthood is a famously controversial example, but according to USASpending.gov, several dozen amici and their affiliates have been federal grantees since FY2008. Some of the largest include the American Academy of Pediatrics, the American Bar Association, and the National Urban League, which together collect tens of millions in federal grant money annually.

Abortion starkly divides the American public, and June Medical Services has mobilized both sides of the debate. More than 200 members of Congress have filed a brief suggesting that the Court should consider using the case to overturn Roe v. Wade. Putting aside the legal and moral arguments for doing so, Americans who contribute to interest groups—whether through dues, donations, or taxes—should clearly understand the positions of such groups on important political issues.

Amici do summarize their particular interest in June Medical Services as part of their briefs. This, however, is not especially useful to the average person who will never read them. Instead, most Americans rely on their reasonable understanding of an organization’s purpose, based on what that organization holds itself out to be. It is not intuitive that a teachers’ union, a pediatrics association, or a consumer’s rights advocacy group would have such an interest in abortion that each would feel the need to file a brief with the Supreme Court in order to support it.

More than anything, these filings are the fruits of a pro-abortion litmus test that has penetrated the institutional center-left so comprehensively that it transcends any logical connection between the issue and a given organization’s mission.

“If the National Rifle Association were to suddenly issue a statement declaring its belief that life begins at conception,” writes Alexandra DeSanctis in the National Review, “it would be a cause for confusion and surely for immense criticism from the group’s opponents.” No doubt an unknowable number of pro-life Americans currently experience this same confusion.