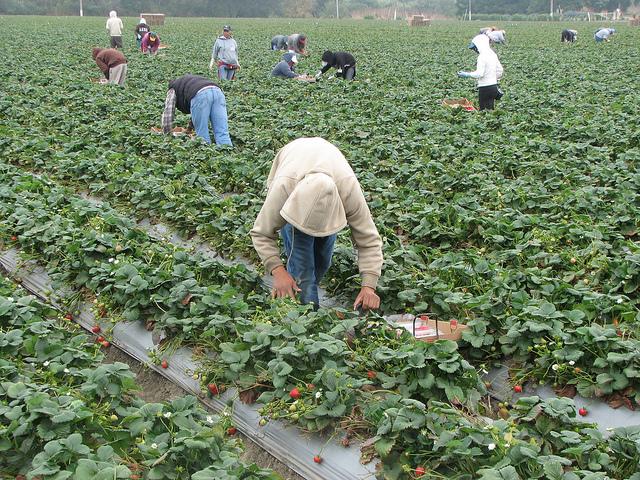 This week, the Supreme Court decided Cedar Point Nursery v. Hassid, a challenge by agricultural producers in California against a regulation under the state’s agricultural unionization law that compelled producers to allow union organizers to “take access” of their property for three hours a day for up to 120 days per year to conduct union organizing activities. The growers argued that that regulation constituted a legal taking of their property for which they had not been compensated, and the Supreme Court, in an opinion by Chief Justice John Roberts, agreed.

The ruling shows that while federal (and state) labor laws exist in a weird limbo land where longstanding legal precedents have effectively traduced the original meaning of the Constitution to benefit union organizing, the current Court is willing to limit how extensive those union power grants can be, as it has in government-worker union power cases like Janus v. AFSCME.

When Congress passed the National Labor Relations Act in 1935, it excluded agricultural workers from the national law that governs unionization in almost all private-sector jobs. This was in part because Franklin Roosevelt’s coalition included Southern Dixiecrats who supported government largesse for the white citizens of their districts but not legal benefits and protections for the African Americans they notionally “represented.” While this leaves agricultural workers without a national framework for unionization, it also means that the agricultural industry is not subject to federal pre-emption that limits state power to regulate unionization. As a result, some states, the most prominent being California, have passed their own laws to govern unionization and collective bargaining in the industry.

The “take access” part of the rule creates an obvious conflict with property rights, specifically the right to exclude other people from one’s property. (There’s a reason the saying “Get off my lawn” has resonance in popular culture.) California’s rule grants union organizers an affirmative and expansive right not to be excluded from employers’ premises in exchange for nothing at all. The growers in the case argued that this constituted a legal taking, which entitled them to compensation and so sued the state of California. The notoriously liberal Ninth Circuit Court of Appeals disagreed, setting up the Supreme Court showdown.

The Supreme Court ruled that California’s “take access” grant was so broad that it indeed did qualify as such a taking. The Cato Institute’s Ilya Shapiro and Sam Spiegelman summarize the holding:

Courts since the Founding have emphasized that of course the state may regulate property to prevent private parties from inflicting public harms. But that’s not the case here. Nothing in the common law or the longstanding principles of California property and nuisance law suggest that Cedar Point’s refusal to allow union activists onto its property in any sense created a public harm.

California merely wanted to expand the rights of unions at the uncompensated expense of small businesses, two of which finally said enough is enough. The Pacific Legal Foundation, which represented the plaintiffs, presented their case masterfully. Not that it should have been a hard sell, were the Court not coming off of decades of incoherent takings precedents that seem to give ammunition to scholars and jurists of all interpretive proclivities. As Chief Justice Roberts correctly concluded his Cedar Point majority opinion, “The access regulation amounts to simple appropriation of private property.”

Implications of the Ruling

The immediate implication of the ruling is that California must revise its union-organizing-access rule, either to reduce the infringement on employer rights or to properly compensate employers for the access they are forced to grant. Cato’s Shapiro and Spiegelman characterized that holding as the “biggest Supreme Court win for property rights in a long, long time.”

What will not happen is a fundamental judicial reversal on private-sector union access to employees. The majority opinion was clear that the grant of access given by California’s law went far beyond the grants of access to union organizers that the Supreme Court has held permissible under the NLRA.

But the ruling is in some ways a shot across the bow of a Left that is seeking to radically expand union power beyond even the peak powers labor unions held at the height of the New Deal, such as through the Protecting the Right to Organize (PRO) Act. The holding substantially increases the cost to a government considering similar requirements on private businesses and is a reminder that “because we like unions” is not a total get-out-of-Constitution-free card.