Supporters of Wind Farms over Nuclear Power Are Eagle Killers, Not Conservationists 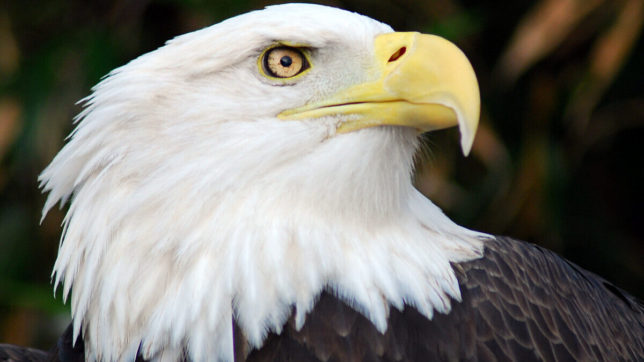 On April 6, energy firm NextEra pleaded guilty to three federal charges of killing eagles with wind turbines. The plea included an $8 million fine, an agreement to pay almost $30,000 for future eagle kills, and a commitment to spend $27 million to prevent future kills.

The penalties should have been worse. Prosecutors alleged NextEra’s raptor-slayers had executed 150 eagles in eight states.

The notorious list includes the Natural Resources Defense Council, the League of Conservation Voters, the Sierra Club, and the Environmental Defense Fund. Financial support comes from big names such as the Ford Foundation.

Supporters of wind energy are not conservationists. There’s nothing “clean” about energy that devours hundreds of times the land needed by another carbon-free option and then needlessly wipes out eagles as a cost of doing business.

President Joe Biden hasn’t learned this yet. In his March 1 State of the Union address he pledged to “double America’s clean energy production in solar, wind, and so much more.”

But despite hundreds of millions of dollars in taxpayer subsidies already given out, solar, and wind together still accounted for less than 5 percent of total American energy consumption in 2020. Biden’s speech didn’t mention increasing production of nuclear or the other fuels that account for 95 percent of the energy we need.

In 2020 the combined output of every wind turbine and solar panel on Earth was 6,037 TWh (terawatt hours). In comparison, the American nuclear program alone produced 2,051 TWh, even as it represented just 8.4 percent of total U.S. energy consumption.

If the president, the Natural Resources Defense Council, and the rest were conservationists,  they’d ditch the wasteful wind subsidies and instead demand a doubling (or more) of carbon-free nuclear energy. The Department of Energy reports uranium is “a common metal found in rocks all over the world” and “economically recoverable” in the United States and more than a dozen other nations.

France obtained 36.1 percent of total energy consumption from nuclear in 2020. Of the five richest and largest industrial economies, the French are the least carbon intensive per capita. In 2020, French carbon emissions measured 3.8 tCO2 per person, compared to 4.6 for the United Kingdom, 7.0 for Germany, 8.2 for Japan, and 13.0 for the United States.

If 36 percent of American energy consumption in 2020 had been nuclear, that could have theoretically displaced all of the coal and nearly half of oil consumption. (Although this would have required many more vehicles to run on electricity).

Fake conservationists are marching us in the other direction. Last April the Natural Resources Defense Council and Environmental Defense Fund cheered the closure of the Indian Point nuclear station in upstate New York. In an absurd defense of the weather-restricted power industry, the Sierra Club released a graphic showing house cats kill more birds than wind turbines.

Well, yes, house cats prey upon America’s inexhaustible supply of quickly reproducing sparrows, robins, and other small birds. For the Sierra Club to equate this with wind turbines wiping out big and slow-to-reproduce predators is as silly as saying a Formula One racer is comparable to what is found at a roadside used car lot.

Quoted by NPR after the federal plea deal, the leader of the eagle-killing wind firm copped a Sierra Club attitude: “NextEra President Rebecca Kujawa said collisions of birds with wind turbines are unavoidable accidents that should not be criminalized.”

Every single one of those collisions is avoidable, because wind turbines themselves are avoidable. We’d be knocking almost all of them down if the sanctimonious anti-nuclear nonprofits acted like conservationists who enjoy witnessing wild animals and wide-open spaces.

This article originally appeared in The Federalist on April 18, 2022.