A “push off the starting gate” for strategic ultra-high-net-worth philanthropists ends with a little “pull” into an existing “philanthropic ecosystem” about which they should be wary. 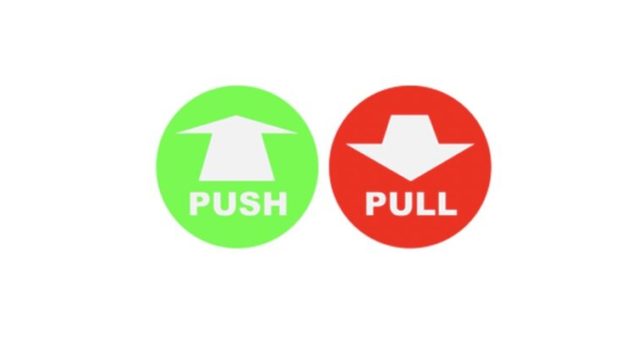 Globally, there were an estimated 265,490 people with a net worth of $30 million or more in 2018, according to Wealth-X’s World Ultra Wealth Report 2019, by Maya Imberg and Maeen Shaban. Collectively, their net worth totaled approximately $32.3 trillion. About 36% of these “ultra-high-net-worth” individuals (UHNWIs) are involved with philanthropy.

In the United States, there were 81,340 UHNWIs, or 30.6% of the global total, Imberg and Shaban report. Collectively, the American UHNWIs were worth more than $9.8 trillion.

The Wealth-X data is cited in last month’s Stepping off the Sidelines: The Unrealized Potential of Strategic Ultra-High-Net-Worth Philanthropy, by Hilary McConnaughey and Sokol Shtylla of the Milken Institute Center for Strategic Philanthropy.

Around the world, moreover, over the next quarter of a century, “more than $60 trillion in wealth will change hands from one generation to the next” and “an estimated $27 trillion of that amount is projected to go to charitable causes,” according to their report.

“Much-needed philanthropic capital is sitting on the sidelines, stalling the rate of social and environmental progress,” according to McConnaughey, formerly of Arabella Advisors, and Shtylla. All of “these dollars must be spent thoughtfully and strategically, they write in the report—an “analysis to guide both nascent stage and longtime,” as they describe it, “with a primer on where to start, what to do, and how to evaluate if their strategies are working. Consider it a push off the starting gate.”

Far be it from us at the conservative Giving Review to begrudge anyone offering advice to existing and would-be grantmakers—we have more than a little of our own, of course, and we’re more than willing to share it—but we do think it our place to at least note that the Milken Institute center’s push is explicitly, and self-avowedly from a progressive perspective of “strategic philanthropy.” Wariness would be well- warranted.

To quote one of my Lynde and Harry Bradley Foundation mentors and one of my Giving Review co-editors, William A. Schambra, who courageously said in a hard-hitting, but good-natured talk in 2013 at The William and Flora Hewlett Foundation—a leader in “strategic philanthropy,” then and now—that “after a century of strategic philanthropy, involving untold billions of dollars, we have in fact failed to solve even one social problem once and for all, by penetrating to its root cause.”

Stepping off the Sidelines is basically an introductory document. Maybe necessarily, then, it is written at a level of abstraction. Details could perhaps come later, in the context of specific requests for advice and assistance from particular UHNWIs.

Even given that sympathetic understanding, however, the strategic-philanthropy primer seems to awkwardly or even badly finesse an internal tension or two in its thinking. “Philanthropy is uniquely positioned to serve as society’s risk capital,” according to McConnaughey and Shtylla. “As such, philanthropy should support experimentation and innovation, while funding the scaling up of proven solutions.” (Emphases supplied.)

Surfacing another potential strain, they advise,

Strategic philanthropists understand the problem they want to address and are clear about the change they seek to engender. They use the right tools to tackle the issue at hand and leverage the unique attributes of philanthropic capital to realize the largest impact. Strategic philanthropy involves listening to individuals in the communities where resources are deployed because those closest to the problem are closest to the solution. [Emphases added]

So, as Schambra essentially asked in ’13 and has asked since, where does the wisdom really reside here? In strategic philanthropists who understand the problem and have the ability to leverage their unique attributes, or individuals in communities who are closest to the problem and the solution? If both, of course, at what ratio? Who decides, and how? How likely is it that the UHNWI will defer to the individuals in communities? If unattenuated, more tensions.

Exacerbating those tensions, Stepping off the Sidelines finishes by recommending that UHNWIs “lean on the philanthropic ecosystem,” of which the Milken center is a, and wants to be a bigger, part. “Wealth can be isolating, but individuals do not have to forge their philanthropic paths alone,” according to the report. “Experts within and in proximity to a UHNWI’s existing network can provide counsel and facilitate educational and experiential opportunities to accelerate strategic philanthropy practices.”

The last two items on a helpfully provided checklist remind UHNWIs to “Join forces with others via funder collaboratives or peer-learning engagements” and/or “Consult with external advisors to sharpen your philanthropic strategy.”

Far from any “push off the starting gate” here, there actually seems to be a little bit of a pull—into an existing, progressive philanthropic ecosystem about which there should be much more wariness. Consider pushing back, UHNWIs, and perhaps look elsewhere.

This article first appeared in the Giving Review on October 8, 2020.