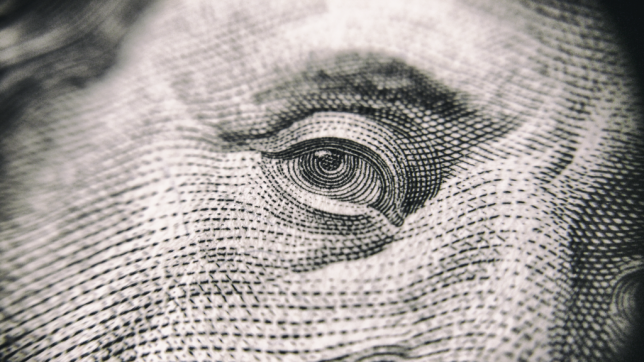 Crossposted from Philanthropy Daily — the article is dated May 3, 2017

David Callahan, co-founder of the left-wing think tank Demos but now best known for his helpful blog InsidePhilanthropy.com, has a new book out: The Givers: Wealth, Power, and Philanthropy in a New Gilded Age. In it, he paints a portrait of major donors across the political spectrum and ends with some policy recommendations for the philanthropic world which he imagines will result in fewer contributions going “to finance ever-louder policy battles fought by elites as alienated citizens watch from the sidelines.”

I’ve only had a chance to skim the book, but I have read the teaser, which Callahan recently had published in the Chronicle of Philanthropy. Based on that article and some reviews of his new book, I surmise that Callahan has significantly improved his argument from the very low level of an op-ed on the same topic that he wrote several years ago for the New York Times. That piece was so flawed that I felt obliged to write two critiques of it at Philanthropy Daily.

The single crudest flaw in that op-ed was Callahan’s rank partisanship in his criticism of philanthropists. He explicitly attacked the libertarian Koch brothers and their flagship think tank, the Cato Institute, but didn’t bother even to mention any other donors. In his more recent work, Callahan takes a more thoughtful and balanced approach, treating even (shudder) libertarians and conservatives with respect, and acknowledging that there are rather a lot of powerful donors on the other end of the political spectrum.

Still, where policy is concerned, it appears that he ends up back where he started in the op-ed, calling for government to narrow America’s tradition of generous and diverse philanthropy by discouraging philanthropy that touches upon public policy. Because Callahan’s conclusion remains the same – and because his Times op-ed was stunning in its various errors and deficiencies – I think it is useful to republish the first of my critiques, below, which responded to Callahan’s criticisms of “advocacy” philanthropy.

(The second response I made to Callahan’s op-ed dealt with his demand that government require the exposure of donors’ personal information – a policy that runs counter to a half-century of constitutional case law that arose out of the need to protect the NAACP’s donors and members from the predations of government officials like Bull Connor, then actively suppressing their political foes in the civil rights movement.)

A recent New York Times op-ed sternly attacked “nonprofits engaged in public advocacy.” “Billionaire industrial brothers Charles and David Koch” were, of course, the opening words of the piece, and no other wicked donors, personal or institutional, were mentioned.

How does the author urge the nation to punish these advocacy nonprofits? First, require them to reveal their donors. Second, severely limit their donors’ ability to deduct contributions to them. Tax-deductibility to “ideologically driven organizations” must be limited to “small gifts,” or America will continue to suffer from an “unfair use of public tax subsidies.” (The only such organization mentioned is the Cato Institute, a libertarian think tank the Kochs support.) Third, we must crack down on the harm done when “the wealthy” give “without leaving fingerprints by routing money through ‘donor-advised funds.’”

So, who’s the op-ed’s author? One David Callahan, a gentleman whose attacks on nonprofit advocacy and anonymous giving to think tanks is striking for several reasons:

1. The same David Callahan co-founded and still works at Demos, “a non-partisan public policy research and advocacy organization.” Demos devotes an entire section of its website to “Advocacy.” (Get your Toolkits here!)

2. Callahan wrote one of the many long reports issued by the left-wing National Committee for Responsive Philanthropy (NCRP). Specifically, the 1999 report that – like several other NCRP reports – first catalogues how conservative funders have effectively supported nonprofits that advocate public policy changes, and then bemoans the failure of left-wing funders to be equally effective. As Callahan put it in a related article for The Nation: “It is now beyond dispute that left-of-center funders have made a calamitous strategic blunder by underfunding public intellectuals and policy thinkers.”

3. Callahan’s friends at NCRP have for decades been some of the loudest advocates in America for more aggressive advocacy by nonprofits. As they proudly declare, “NCRP is committed to defending the advocacy and lobbying rights of nonprofits and foundations, and will continue to do so as part of our ongoing public policy work.”

4. Callahan’s current “advocacy organization” – which goes unmentioned in his op-ed’s argument – lists no private donors in its latest annual report, but only foundations that are already required to disclose their giving.

5. Nor does Callahan mention that the online donation portal for his advocacy organization has a button that explicitly allows each donor to “Provide none of my personal information (anonymous).”

6. This anonymous giving is possible because every single donation at Demos’s online portal goes through a donor-advised fund, Network for Good. (Cato, by the way, lacks this ingenious innovation in online anonymity.)

7. It goes without saying that Demos is supported by the Open Society Institute, the premier institutional giving vehicle of billionaire George Soros, whose political and advocacy funding is easily in the same league as the two Koch brothers’ combined (see, e.g., this comparison by Open Secrets).

I’ll leave for my next blog post the issues of transparency and donor disclosure that Callahan raises. For now let’s concentrate on some of his howlers.

Take his unworkable scheme to separate 501(c)(3) charities into advocacy and non-advocacy groups.  Callahan says the IRS could “create a new category for nonprofits” to recognize the distinction. Somehow this recipient of a Ph.D. in politics from Princeton doesn’t realize that bureaucrats don’t get to change our tax laws by fiat. He adds that the IRS could “set a ceiling on the deductibility of such gifts” – again, how can a think tank expert, as well as his sophisticated Times editors, not realize that we poor voting schlubs still get to choose the legislators and Presidents who write tax laws? We haven’t quite reached the stage where the bureaucrats get to dispense with such formalities.

Callahan confesses that it will be “difficult to define which groups” belong in which category. The “decisions,” we’re solemnly informed, “must be made in a careful, nonpartisan manner,” but he offers no hint of what criteria should apply. He does say that “traditional 501(c)3’s” like “museums and universities” would be safe from the punishment. Which certainly makes sense, given the utter lack of anything “ideologically driven” in museums and universities, right?

Actually, even mainstream museums like the Smithsonian have their share of ideological controversies. And our cutting-edge art museums, of course, would be insulted if you called them “traditional” and even more insulted if you said they were indifferent to ideology. (For book-length documentation, see Lynne Munson’s Exhibitionism.)

As for universities, you can hardly breathe on their campuses amidst all the ideological smog. From the mountain of evidence on this score, let’s select the scene Andrew Ferguson, author of  Crazy U, paints of a visit to a college his son may attend:

The admissions dean introduced a professor of religious studies and the author of a book bearing the subtitle “Freeing the Gospel from Political Captivity.” (The captivity, the dean reminded us, had begun under the administration of George W. Bush.) The professor boasted of his history course, which had transformed merely curious students into “social activists.” Under his guidance the young scholars read books by Sally Belfrage, author of the Cold War memoir “UnAmerican Activities,” and the socialist historian Howard Zinn, author of “A People’s History of the United States,” and they emerged “ready to change the world.” . . . The professor’s speech was just a hint of what was to come: Later my son told me that he had three choices for a mandatory writing class: “History of the 1960s,” “TV’s Mad Men,” and “Intro to Queer Theory.”

Then there’s Callahan’s claim that tax deductions to advocacy nonprofits are unfair tax subsidies. This is yet another repetition of the claim that all money still in the hands of American citizens is actually government property, to be re-distributed as government officials see fit. I’ve blogged on this before, and the Philanthropy Roundtable has one of the best recent demolitions of the fallacy: How Public Is Private Philanthropy? The authors of that essay also have a law review article that lays out how “four centuries of law and policy” in America and Britain testify that “foundations and other charities are not inherently public bodies and their assets are not ‘public money.’”

If Mr. Callahan demurs, he should take a look at the Supreme Court decision in the Arizona tuition tax credit case, which came down the day after his op-ed appeared. That case arose over a state tax credit that Arizona allows to donors who support nonprofits that provide scholarships to private schools, including religious schools. Foes of school choice claimed that such tax breaks were an establishment of religion no different from direct government grants to religious schools.

Justice Anthony Kennedy’s majority opinion rejected that claim and maintained four centuries of Anglo-American law by affirming that a tax credit “is not tantamount to a religious tax or tithe.” Any claim to the contrary “assumes that income should be treated as if it were government property even if it has not come into the tax collector’s hands.”

Justice Elena Kagan, by the way, wrote an impassioned dissent that poured contempt on the distinction between tax credits and government funding. She neglected to mention that the Obama Administration’s own amicus brief — submitted by the Solicitor General’s office the day before Kagan stepped down as S.G. to be sworn onto the high court — makes the identical argument. The brief states that Arizona’s law is constitutional because of “two key features.” First, “a credit against taxes owed by a private person” is not the same thing as “a grant out of the public treasury.” Second, “independent private decisions to contribute to religious organizations” are not the same as a “legislative mandate to pay money.”

Admittedly, if we continue to allow all charities, left and right, to chase after their own billionaires and to advocate for the public policies they believe in, our politics will continue to be loud and full of conflict. But that is just what our Founders intended, and they had no shortage of raucous public debate in their time.

Anyone not suffering from Koch Derangement Syndrome would see that the lurches between the two major parties in recent elections, as well as the growth of political outlets like the Daily Kos and the Tea Party movement, demonstrate that America remains under the control of her unruly citizens, and not under the thumb of any particular billionaire.

FOOTNOTE: If the New York Times has received any letter from NCRP or other defenders of nonprofit advocacy taking issue with Callahan, it hasn’t published it. Rick Cohen, who has served as NCRP’s executive director, critiqued Callahan’s op-ed for Nonprofit Quarterly; Cohen showed sympathy for compulsory disclosure of donors but was troubled by “the idea that you can distinguish policy advocacy nonprofits from others. Public policy advocacy is part and parcel of the bundle of free speech rights of all nonprofits, (c)(3)s as well as (c)(4)s – human service delivery organizations as well as Demos-like think tanks.”

UPDATE: My response to Callahan’s call for donor disclosure for nonprofits has been posted here.