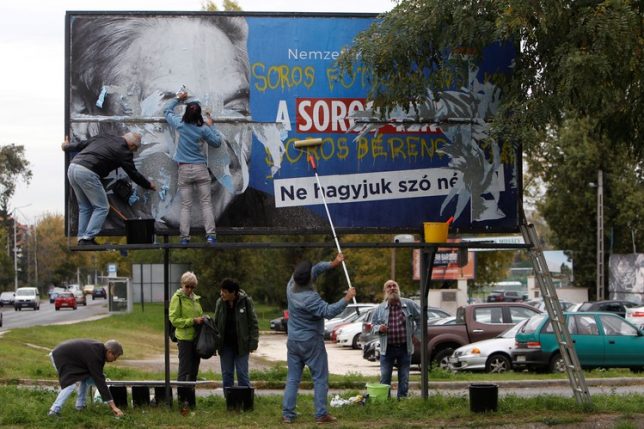 Image via the Wall Street Journal, goo.gl/fswDxy
by Hayden Ludwig

When leftist billionaire George Soros moves money, it’s bound to make waves. His latest move—depositing a gargantuan $18 billion to his Open Society Foundations (OSF)—has left many wondering if the 87-year-old is signaling his approaching exit from politics.

It’s also made the OSF, a group never short on cash, the second-largest foundation by assets in the United States, after the Bill and Melinda Gates Foundation. According to federal filings from 2014, the OSF holds assets totaling roughly $1.757 billion, with total annual revenues of just over $173 billion.

The move appears consistent with the wizened billionaire’s decision to cede partial control of his political and nonprofit operations to the Open Society Global Board, which includes his children—Jonathan, Andrea, and Alexander—as board members. This board oversees some 40 nonprofits globally, disseminating Soros’s open borders, statist agenda with vast sums of money generated through his hedge fund firm, Soros Fund Management. The OSF has riled opposition from voters and governments in Macedonia, Poland, Hungary (Soros’s native country), and elsewhere in eastern Europe for meddling in their affairs, triggering a backlash against his efforts to push tens of thousands of Middle Eastern refugees across their borders – a policy they oppose. 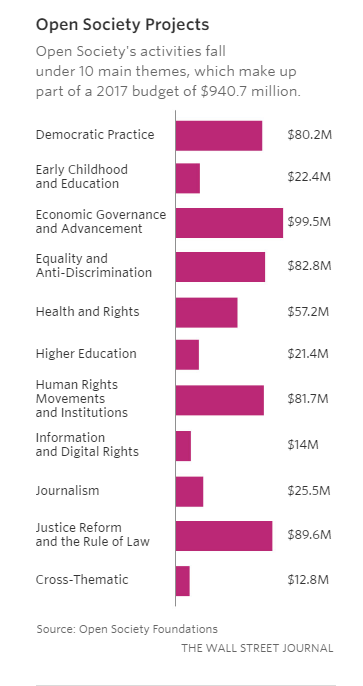 In the U.S., Soros is a major financial supporter of the Democratic Party and a large swathe of left-wing causes to the tune of an estimated $14 billion. The OSF, a vocal opponent of so-called “dark money,” has itself been labelled a dark money campaign organization due to the numerous funding streams it provides to outfits on the Left. Soros has funded radical movements such as Black Lives Matter, the racist group UnidosUS (formerly the National Council of La Raza, or “the race”), the communist-connected outfit Color of Change, and the agitation group Center for Media and Democracy. He was also a vocal advocate for failed 2016 presidential candidate Hillary Clinton, and is an avowed foe of President Donald Trump – and is thought to be a financier behind organized Antifa (“anti-fascist action”) riots and the anti-Trump “resistance” movement.

George Soros is a key funder of the Democracy Alliance, a shadowy “pass-through” collection of left-wing donors responsible for building up much of the Left’s political infrastructure since the 2004 presidential election through hundreds of millions of dollars in grants. As a “taxable nonprofit,” the Democracy Alliance operates with few federal nonprofit filings and thus publishes very little information about itself, leaving many to call it a “vast left-wing conspiracy.”

The ancient, billionaire string-puller may not be long for this world, but he seems set on using his fortune to haunt American politics from beyond the grave.

Read our full report on George Soros in Foundation Watch.