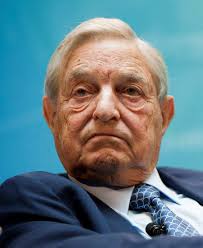 The idea that Zuckerberg and Facebook are actively promoting Trump is a conspiracy theory, as Facebook’s rules are hostile toward conservatives, including some of Trump’s biggest supporters. What Soros and Clinton actually want is more censorship of conservative voices.

Even those who have worked inside Facebook have claimed the site is biased against conservatives. In 2016, curators for Facebook’s now-defunct trending news section claimed they intentionally buried conservative-related content and artificially boosted content from liberal news sources and about liberal topics. Facebook’s curators reportedly ignored stories from websites such as Breitbart, covering them only if outlets such as the New York Times and CNN covered them.

One curator said that conservative-related topics were left off the trending section entirely. According to the curator, this created a “chilling effect on conservative news.” Meanwhile, topics such as the conflict in Syria and Black Lives Matter were “injected” into the trending section even if they were not organically trending. Facebook has denied these accusations, although one of the news curators said that the fellow curators were swayed by their own political biases, instead of given official directives from the company.

Facebook was working with the Southern Poverty Law Center (SPLC), an organization that places conservative groups such as the Family Research Council and ACT for America on the same level as the Ku Klux Klan. In 2018, a Facebook staffer told the Daily Caller that the SPLC was one of the “external experts and organizations” that Facebook relies on to decide what speech constitutes hate speech. In 2016, after the SPLC gave Facebook a list of 200 groups to ban from the site, Facebook banned at least 57 of the groups.

A Pattern of Anti-Conservative Bias

Even when not collaborating with the SPLC, Facebook is biased against conservatives. In 2019, Facebook banned some of Trump’s most vocal supporters, such as Milo Yiannopoulos and Laura Loomer, asserting that they were “dangerous” individuals. This put them in the same category as terrorists. There was a long-established precedent there: Facebook has repeatedly gone after conservatives, backing off and apologizing for its enforcement “mistakes” only if there was enough media pressure.

For instance, Facebook deleted a post by former Fox News host Todd Starnes in which he discussed wearing a National Rifle Association (NRA) hat, eating Chick-fil-A, and reading the Bible. Only after the Washington Post covered the story was Starnes’s page restored. Similarly, Facebook deleted a Facebook event in support of Chick-fil-A by former Arkansas Governor Mike Huckabee. Huckabee’s page was restored only after sufficient media outrage. The NRA was not so lucky: Facebook censored its ad about World War II veterans, claiming it contained sexually explicit content of violence against minors. As of writing, Facebook still warns the advertisement contains violence.

Facebook’s use of fact-checkers to weed out fake and biased news also shows a liberal bias. Originally, Facebook’s fact-checkers included only Snopes, Politifact, ABC News, and FactCheck.org. Later, the Weekly Standard was added, sparking much liberal outrage, and then the Daily Caller was added to the roster. Still, the overwhelming majority of fact-checkers are liberal sources. Facebook’s fact-checkers have even gone after a Christian satire account for being seemingly too harsh to CNN. The Babylon Bee was given a warning and told that it would be punished by Facebook if it continued to spread “fake news” such as “CNN Purchases Industrial-Sized Washing Machine to Spin News Before Publication,” after Snopes took offense. Although Facebook apologized, this indicates that fact-checkers on Facebook are acting as apologists for liberal news outlets.

On top of having hand-selected fact-checkers to decide what is and is not fake news, Facebook also changed what content appears in users’ News Feed, dramatically reducing circulation for conservative news sources and outlets such as Fox News and Gateway Pundit, while the New York Times and other mainstream media flourished. Facebook framed this as an effort to reduce news on Facebook, but it greatly hurt smaller publishers—and conservative publishers—while mainstream sources were far less affected.

Facebook’s staff and company climate are overwhelmingly liberal. After Trump won the 2016 election, Zuckerberg responded, saying “progress does not move in a straight line.” In a now-deleted Facebook post, Zuckerberg said it was a “sad day for our country” when Trump decided to end the Deferred Action for Childhood Arrivals (DACA). Zuckerberg even hosted “Dreamers” at his home to encourage Congress to act against Trump. Zuckerberg notably reprimanded employees for crossing out text on its wall reading “black lives matter” and replacing it with “all lives matter.”

Facebook’s internal culture is also vehemently anti-Trump. Some employees even threatened to quit their jobs at Facebook if the site did not delete Trump’s content for allegedly violating Facebook’s “hate speech” guidelines. A former Facebook executive, Palmer Luckey, attributes his being let go to his support for Trump.

Far from helping Trump win, more Facebook employees donated to Clinton’s campaign in 2016 than any other candidate running for president. Facebook’s chief operating officer, Sheryl Sandberg, endorsed Clinton in 2016. Sandberg’s support for Clinton even sparked rumors about a potential place for her in Clinton’s theoretical administration. Sandberg later chastised a high-level Facebook employee on an internal message board for sitting behind his friend Supreme Court nominee Brett Kavanaugh during Kavanaugh’s Senate confirmation hearing. His appearance caused such outrage in the company that a company “town hall” was called.

Trump has also criticized Facebook’s policies, particularly the site’s suppression of conservative voices. He has frequently accused Facebook of political bias against conservatives and in favor of Democrats. After pro-Trump duo Diamond & Silk said they were labeled as “unsafe” by Facebook, Trump said he’s “looking into” Facebook’s treatment of conservatives. During the White House Social Media Summit, Trump said, “They ought to abide by the same principles of free speech and the First Amendment that this country embraces, that we love and call our own.”

The concept that Facebook is biased in favor of Trump is absurd. Soros, Clinton, and others such as 2016 Democratic presidential candidate Elizabeth Warren are actually calling for more censorship of conservative voices. Soros and other political figures speaking out against Facebook and Zuckerberg seem upset that Facebook is not “fact-checking” political ads and certain political content using the liberal “fact-checkers” that they endorse.

Instead, Zuckerberg—for once—is taking a principled stance in favor of free (political) speech. As he said during a recent event, “The people who are criticizing and saying that more stuff needs to be censored are never the people who are actually at risk of being censored themselves.” 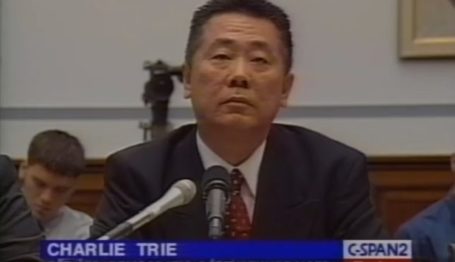 When the Chinese Weapons Merchant Visited the Clinton White House